An Aspirin a Day …

A link between the popular remedy and cancer prevention needs to be borne out in clinical trials.

The potential benefits of taking aspirin every day to lower the risk of heart attacks and strokes are well-known. Now a trio of reports, two from the Lancet and one from Lancet Oncology, suggest that a daily dose of aspirin may also reduce the risk of developing and dying of cancer. The researchers caution, however, that it’s too early for doctors to recommend that healthy people rush out and start taking the pain reliever for cancer prevention. 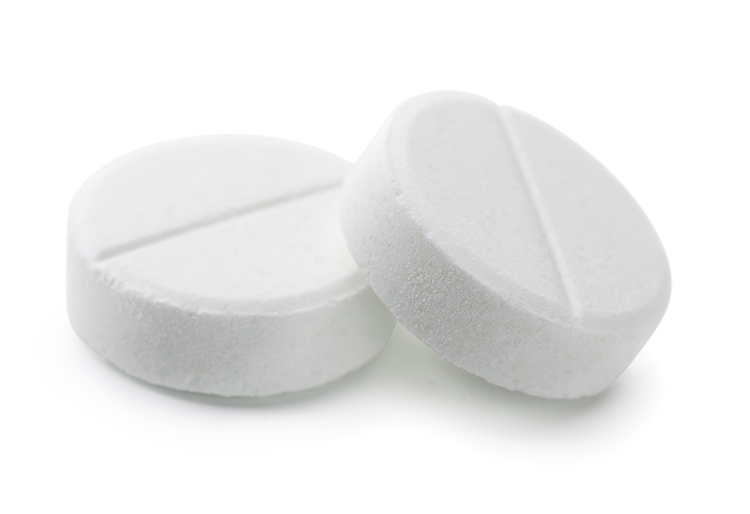 “This is strong evidence that there’s something going on with aspirin and cancer,” says biostatistician Nancy Cook at Harvard Medical School in Boston. Cook, who did not work on the studies, co-authored a related Lancet commentary published online with the reports on March 21, 2012.

Aspirin’s aid may come at a steep cost. The potential benefits are realized only after several years on a daily dose of the drug, and its side effects include increased risk of hemorrhagic stroke, peptic ulcers and gastrointestinal bleeds. The cancer risk reduction shown in these studies has not been observed in studies of participants who took aspirin on alternate days.

Daily aspirin use may reduce the overall risk of dying of cancer by 15 percent, compared with people who do not take aspirin every day, according to one of the new Lancet studies, which pooled information on thousands of patients from dozens of randomized trials. In the same study, daily aspirin led to a 12 percent reduction in the risk of being diagnosed with cancer.

In the other Lancet study—an analysis of five large randomized studies that involved more than 17,000 patients—daily aspirin use for at least two years reduced the risk of being diagnosed with metastatic disease by 36 percent compared with people who weren’t taking aspirin. The researchers say aspirin may stop, and not just slow, cancer’s spread, making it an appealing candidate for a new treatment.

“The results strongly suggest that going on aspirin after a cancer diagnosis is made would still be beneficial, but strictly speaking, that hasn’t been verified in trials,” says Peter Rothwell, a neurologist at the University of Oxford in the United Kingdom, who led all three studies.

In the third study, published in Lancet Oncology, researchers pooled data from previous randomized trials and found that daily aspirin reduces a person’s risk of dying from colorectal cancer by 42 percent compared with people who didn’t take aspirin.

The secret to aspirin’s purported success remains unknown. Cook notes that people who take a lot of aspirin may experience more bleeds and thus visit their doctors more often, increasing the likelihood that the cancer, especially colorectal, will be diagnosed and treated early.

“It’s possible that the mechanism may not be a true biologic effect but could be due to early detection and removal of polyps, due to aspirin’s side effects,” she says.

Next, Rothwell says researchers need to identify the people aspirin benefits the most. “We and others need to look at what is probably the most clinically relevant public health question,” he says, “and find out what happens if healthy people start taking aspirin at age 45 and take it for 20 years.”