AFTER EPIDEMIOLOGIC STUDIES in the 1980s and ’90s suggested that vitamin E might reduce cancer risk, researchers began to dig deeper into the role that the vitamin might play in cancer prevention. But their findings are showing that the relationship is complicated, and that the effects of consuming the vitamin from whole foods can be quite different from getting it from a bottle. In addition, the vitamin’s effect may depend on the dose consumed and the cancer examined.

A recent study, published in the Aug. 8 Journal of the National Cancer Institute, looked at data from 133,000 participants in the Shanghai Women’s Health Study and the Shanghai Men’s Health Study who consumed vitamin E in food or supplements, or both. The researchers found that the vitamin—in either form—significantly reduced the risk of liver cancer. A total of 267 participants developed liver cancer during the study, which followed the women for about 11 years and the men for about 5.5 years. Those with the highest level of vitamin E intake (more than 16 milligrams per day) showed up to a 40 percent lower risk of liver cancer than those with the lowest intake (less than 10 milligrams per day). 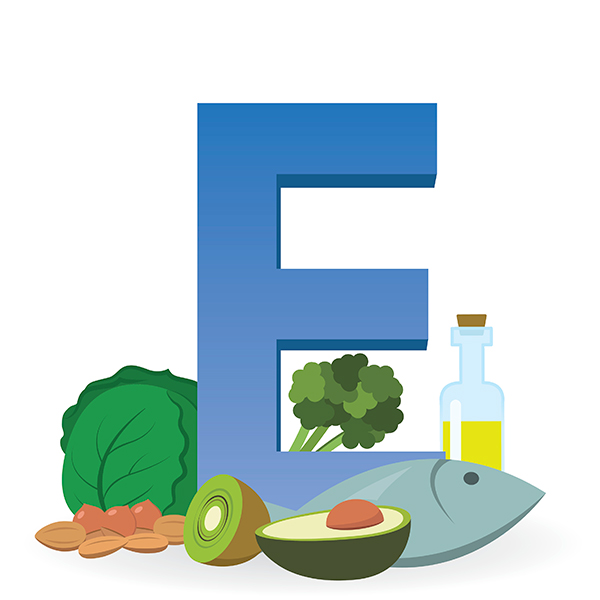 Xiao-Ou Shu, a medical epidemiologist at Vanderbilt-Ingram Cancer Center in Nashville, Tenn., who led the study, says this suggests “individuals may be able to lower their risk [of liver cancer] by increasing their consumption of foods rich in vitamin E.”

Results from the large Selenium and Vitamin E Cancer Prevention Trial (SELECT), which was designed to determine if one or both of these supplements could help prevent prostate cancer, further cloud the picture. Analyses of results from this study, published in the Journal of the American Medical Association in 2011, showed that men who took a daily vitamin E supplement (400 international units—nearly 18 times the U.S. Recommended Daily Allowance) over a seven-year period had a 17 percent higher prostate cancer risk than men who took a placebo.

The main finding from SELECT, says Eric Klein, a urologist at the Cleveland Clinic who led the study, is that vitamins are biologically active agents that can be harmful when taken in higher amounts than what would normally be found in foods. “There is minimal to no evidence that high doses of vitamin E [beyond what’s found in food] are helpful for preventing any disease,” says Klein.

Other studies are ongoing, examining potential links between the consumption of different doses and varieties of vitamin E supplements and the risk of developing a range of cancers.

For now, the best way to derive potential cancer risk-reduction benefits from vitamin E is to get the vitamin naturally, according to Joseph Gonzales, a dietitian with the Physicians Committee for Responsible Medicine who focuses on the link between nutrition and cancer. “Vitamin E works in concert with vitamin C in natural whole-food sources to quench free radicals and protect DNA,” he says. “When you take one nutrient out and synthesize it chemically, it just doesn’t seem to work the same as the natural food.”