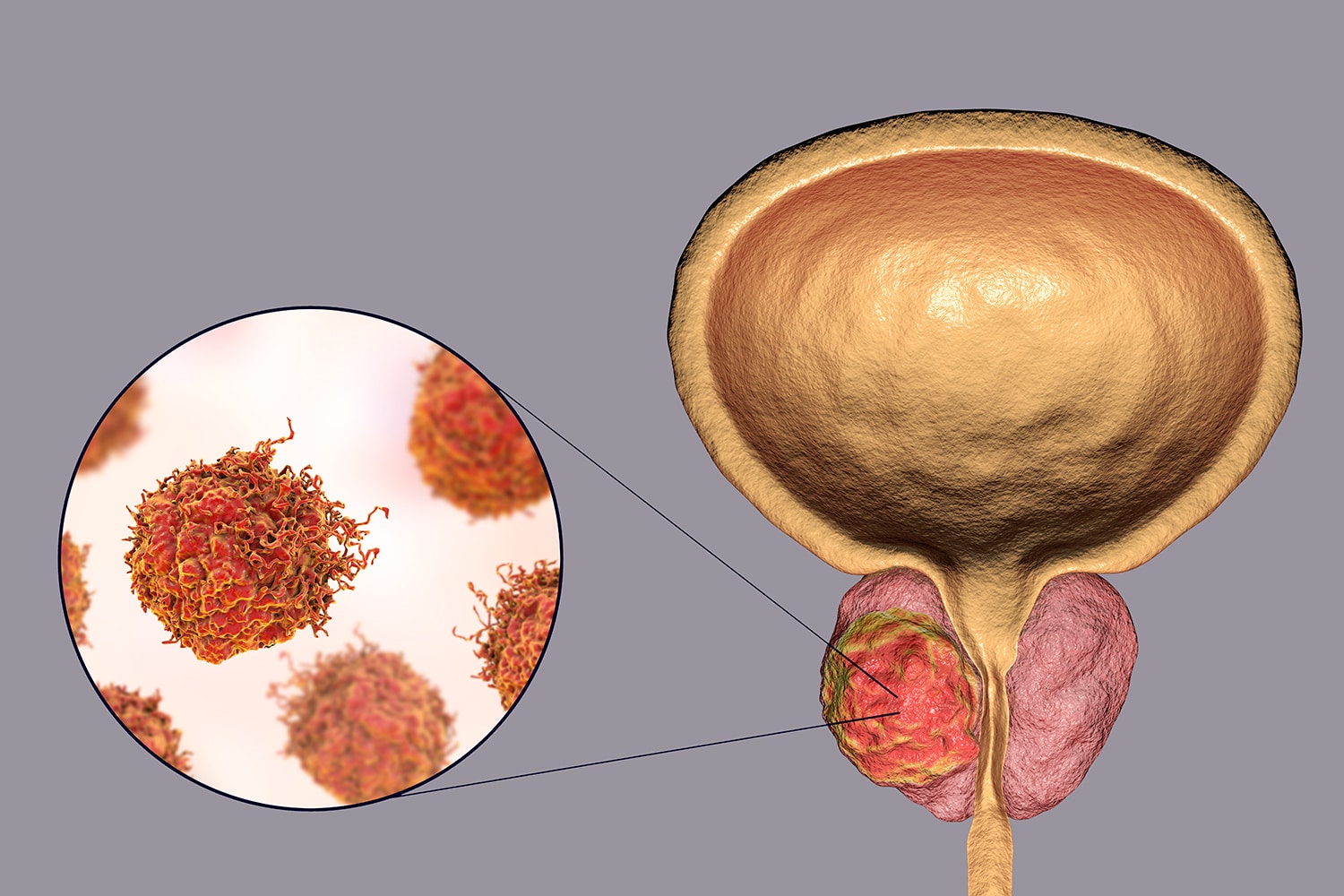 THE AMERICAN CANCER SOCIETY estimated that 174,650 people in the U.S. would be diagnosed with prostate cancer in 2019. Most of these people would be treated with surgery, radiation therapy, cryotherapy or hormone therapy. These treatments can reduce the risk of recurrence and increase survival. But they can also cause side effects such as urinary incontinence and erectile dysfunction.

To address this problem, Ardeshir Rastinehad, a urologist at Mount Sinai Hospital in New York City, is developing an alternative to standard laser therapy to treat localized prostate cancer. Typically, radiologists use real-time MRI scans to help them target laser therapy. Rastinehad is investigating whether using gold-silica nanoshells with subthermal laser light can kill cancer cells and reduce side effects.

The process takes two days. On the first day, the nanoparticles, which are about 50 times smaller than a red blood cell, are administered intravenously. Over the next 24 hours, they collect inside the tumor in tiny holes that form in the leaky blood vessels the tumor creates to sustain itself.

On the second day, during real-time MRI and real-time ultrasound, a catheter is inserted to guide the laser to the tumor site inside the prostate. When the laser is turned on, the nanoparticles inside the tumor absorb its energy. This heats up the cancer cells, causing them to die. Rastinehad also hopes it will leave the healthy tissue near the tumor unaffected.

Rastinehad began enrolling patients in a clinical trial testing this new procedure in May 2018. He now has data on 16 of the 45 patients treated. After three months, 10 of the 16 patients had no cancer in their prostate; at 12 months, there was no sign of cancer in 14 patients. The next step is to expand the ongoing clinical trial and treat 100 patients at six different research sites.