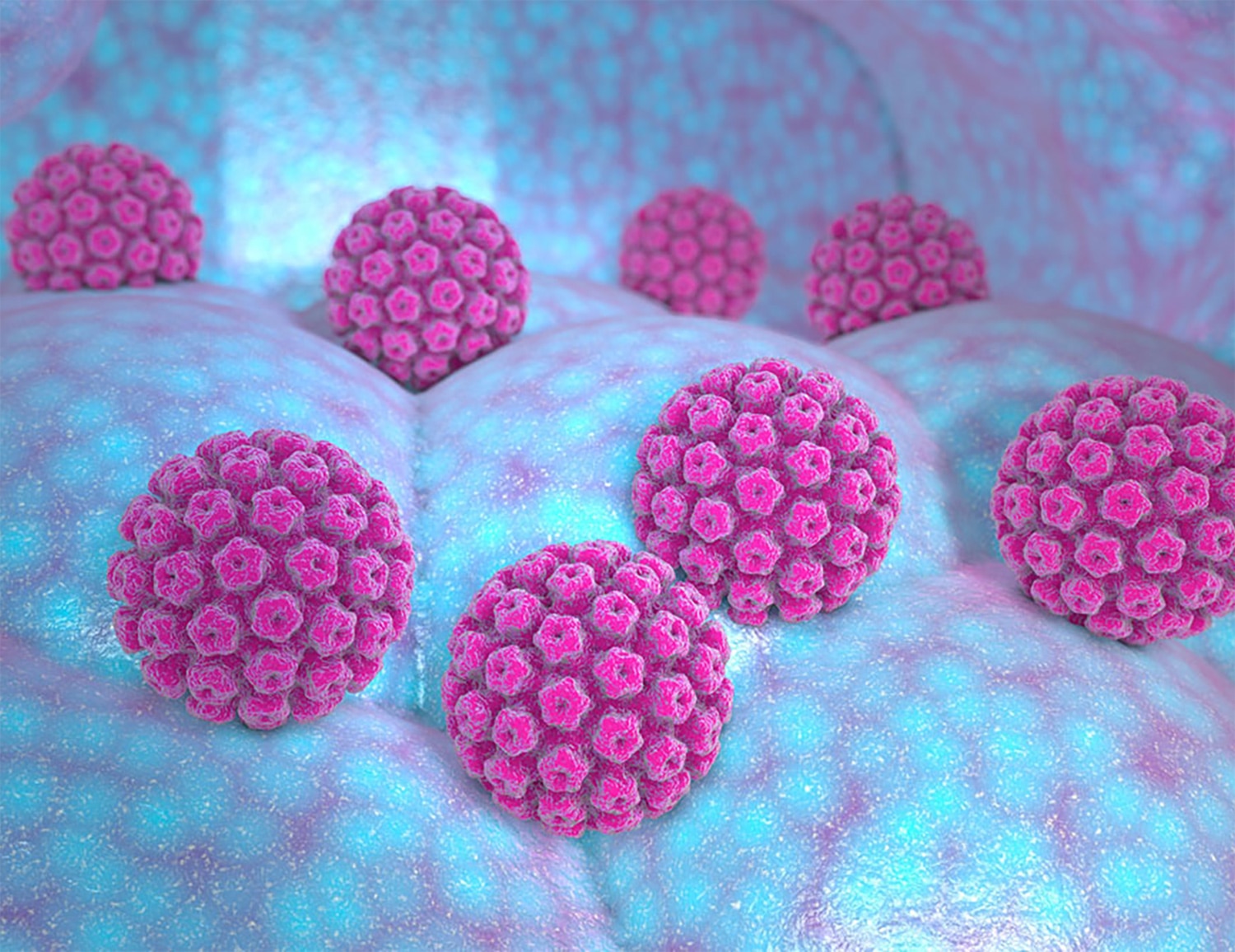 The human papillomavirus can infect cells in the cervix, sometimes leading to cervical cancer. Naeblys / Shutterstock.com

NEARLY ALL CERVICAL CANCERS are caused by the human papillomavirus (HPV). HPV vaccination can prevent the infection. But scientists are also testing therapeutic vaccines to treat the cancer once it has developed.

A clinical trial tested the ISA101 vaccine to treat advanced cervical cancer positive for HPV 16, a strain of the virus responsible for more than half of cervical cancers. A study published March 18, 2020, in Science Translational Medicine found that 31 of 72 patients treated with the vaccine along with chemotherapy had tumor shrinkage. Patients with stronger immune responses to the vaccine lived longer than those with weaker responses.

While a preventive HPV vaccine triggers production of antibodies to block the virus from infecting cells, a therapeutic HPV vaccine induces T cells to eradicate cells that have been infected. Developed by ISA Pharmaceuticals, based in Leiden, Netherlands, ISA101 is given as an injection that delivers peptides—small parts of the virus—found inside HPV-infected cancer cells.

People with advanced cervical cancer generally have compromised immune systems, which helps explain why therapeutic vaccines on their own have been ineffective, says the study’s senior author Sjoerd H. van der Burg, a cancer immunotherapy researcher at Leiden University Medical Center. He and his colleagues decided to combine ISA101 with chemotherapy after they found the chemotherapy typically used to treat cervical cancer kills some cells that dampen the immune response to cancer. “Interestingly, the chemotherapy doesn’t destroy the T cells that are needed to increase the immune response to the vaccine,” van der Burg says.

Another trial, published in the January 2019 issue of JAMA Oncology, showed that combining ISA101 with an immune checkpoint inhibitor can improve response to the vaccine. Larger randomized trials will test whether ISA101 used alongside a checkpoint inhibitor, chemotherapy or both is superior to standard care.