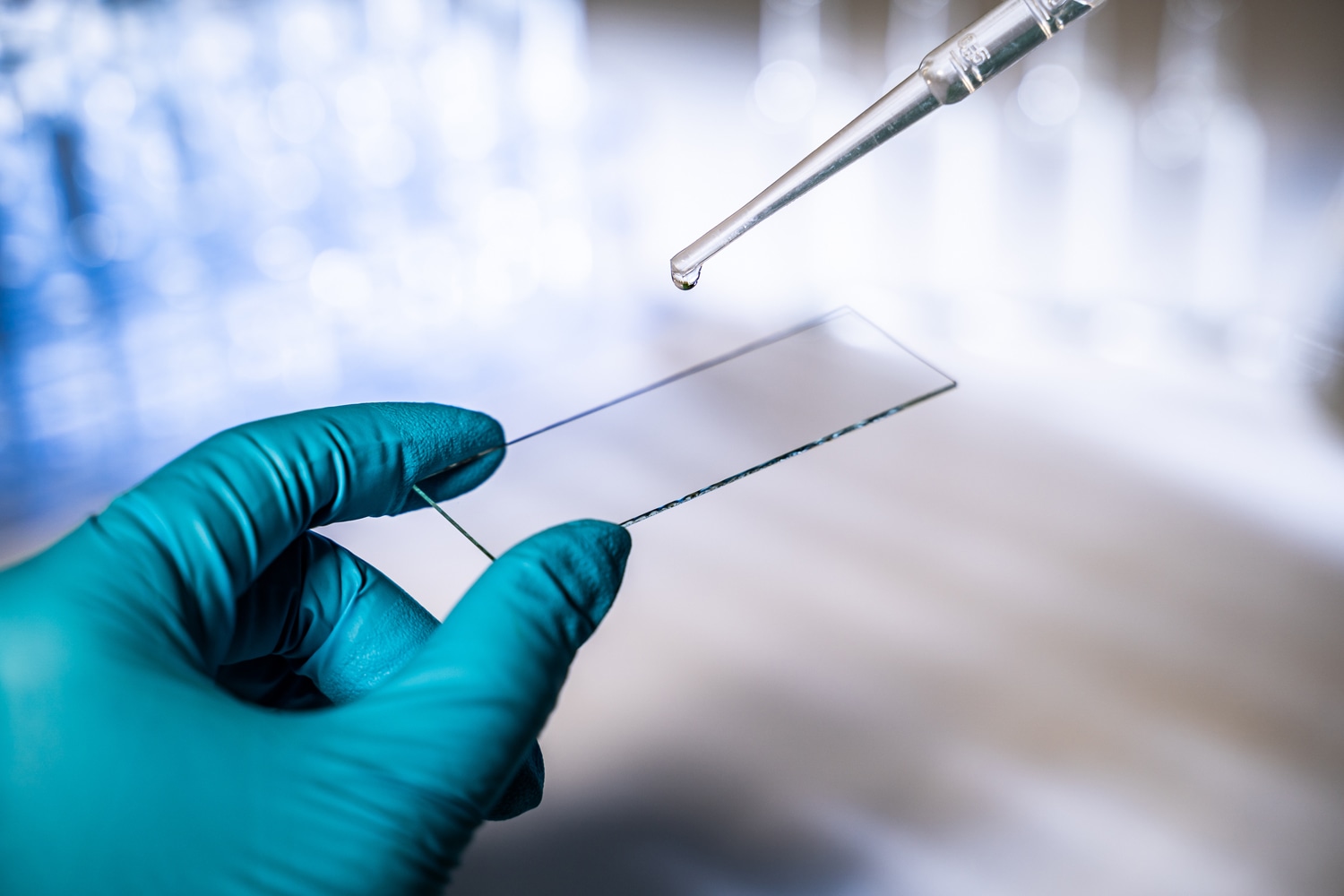 MANY BRAIN CANCER PATIENTS are diagnosed in the emergency room after their condition has worsened, having previously visited their primary care doctor with nonspecific symptoms such as headaches. Liquid biopsies, blood tests that detect cancer by looking for circulating cancer cells or tumor DNA, hold promise for earlier, less invasive and low-cost detection of cancers including brain cancers. But most can’t reliably pick up the smallest early tumors. A study published July 30, 2021, in Cancers suggests that a new kind of liquid biopsy using infrared spectroscopy could be a game changer in detecting smaller tumors.

A drop of blood serum, the portion of plasma that remains after coagulation, is placed on a sample slide. The serum is examined with infrared light to detect small changes to biomolecules, such as lipids and proteins, that signal an immune response to diseases like cancer, or the presence of something secreted by the cancer. Machine-learning algorithms analyze the data.

Researchers analyzed blood serum samples of 177 patients from the Walton Centre NHS Trust in Liverpool and the Royal Preston Hospital in Preston, both located in the U.K. The group consisted of 90 patients with high-grade or low-grade brain tumors, as well as 87 people with no evidence of cancer. Of the 90 patients with cancer, 47 had grade IV tumors, 13 had grade III, and 30 had grade II. Brain tumors are graded according to the speed at which they grow and the extent to which they spread, with grade IV indicating the most malignant and fastest-growing tumors.

Prediction of true positives, prediction of true negatives and overall model performance of tumor detection were all recorded at accuracies of 88% or higher. Tumors as small as 0.2 cubic centimeters were correctly identified.

“Currently there is no tool for brain tumor detection to rapidly triage patients who need medical imaging,” says co-author of the paper Ashton Theakstone, a clinical spectroscopy research associate at the University of Strathclyde in Glasgow. “A study found that the prevalence of disease among those who were imaged to discover if they had a brain tumor or not was just 1.63%. Our test can identify small tumors and provide a methodology for rapid triage of patients who have a brain tumor and nonscanning of those who don’t.”

In addition to finding tumors at an earlier stage, this type of liquid biopsy is expected to be more cost-effective than some other options. Current liquid biopsies cost more due to the need for larger instruments, meticulous sample preparation and skilled operators. “Our approach is low complexity without the need for sample preparation or reagents,” says study co-author Matthew Baker, the founder of the company developing the test. The approach will continue to be studied in clinical trials.