That Rings a Bell 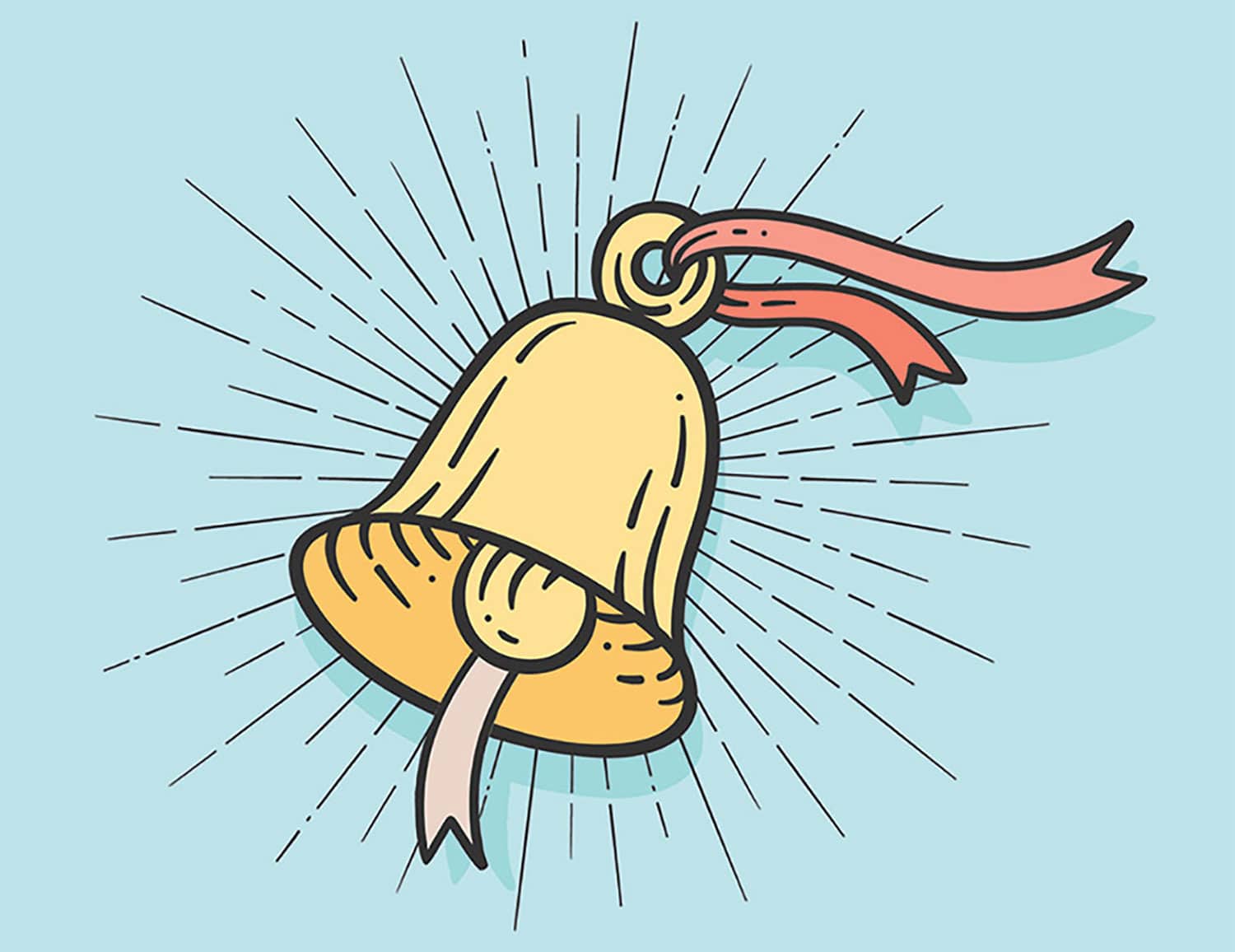 WHEN EMMA PAYTON WAS DIAGNOSED with rhabdomyosarcoma at age 8 in 2013, her family flew from Manchester in England to Oklahoma City, where she was treated at ProCure Proton Therapy Center. Emma rang a bell installed at the center to mark the end of her treatment there. Moved by the ritual, her mother, Tracey, was inspired to popularize the practice back home in the United Kingdom.

Tracey Payton established the End of Treatment Bells fundraiser in 2014 to pay for bells for cancer treatment centers in the United Kingdom. Friends, family and other supporters continue to make donations to the charity.

Ringing a bell to signify the end of cancer treatment dates back more than two decades in the United States.

In 1996, retired Navy SEAL Admiral Irve Le Moyne introduced the practice when he brought a brass bell to the University of Texas MD Anderson Cancer Center in Houston on his last day of treatment. As Le Moyne explained to the hospital staff, bells are used as a timekeeping device at sea, so sailors associate ringing them with the end of a work shift.

As more health centers adopt bell-ringing ceremonies, patients and their loved ones are able to mark a major milestone in their survivorship. “The bell is not just great for the families, it’s great for the staff as well,” says Payton. She explains that each ringing of the bell serves as a testament to the “hard work and dedication” of the department’s nurses, doctors and specialists.

While ringing a bell can be an exuberant experience, it’s important to consider other patients in the surrounding area. Centers should be mindful of where they place their bell so that bell-ringing ceremonies are not insensitive to patients still in treatment.

Of course, not everybody diagnosed with cancer will reach a point where their treatment can come to an end. Increasingly, the bells installed in cancer centers are being used to observe other milestones. It could be a patient’s 10th round of chemotherapy or simply a birthday. The idea is to celebrate successes whether large or small—it’s up to the individual to decide how to reflect upon their journey.

The Payton family presented their first bell to the Royal Manchester Children’s Hospital on April 9, 2014—the day Emma had her last chemotherapy session. In the years since, they have raised funds to pay for almost 200 celebratory bells for centers throughout the United Kingdom.