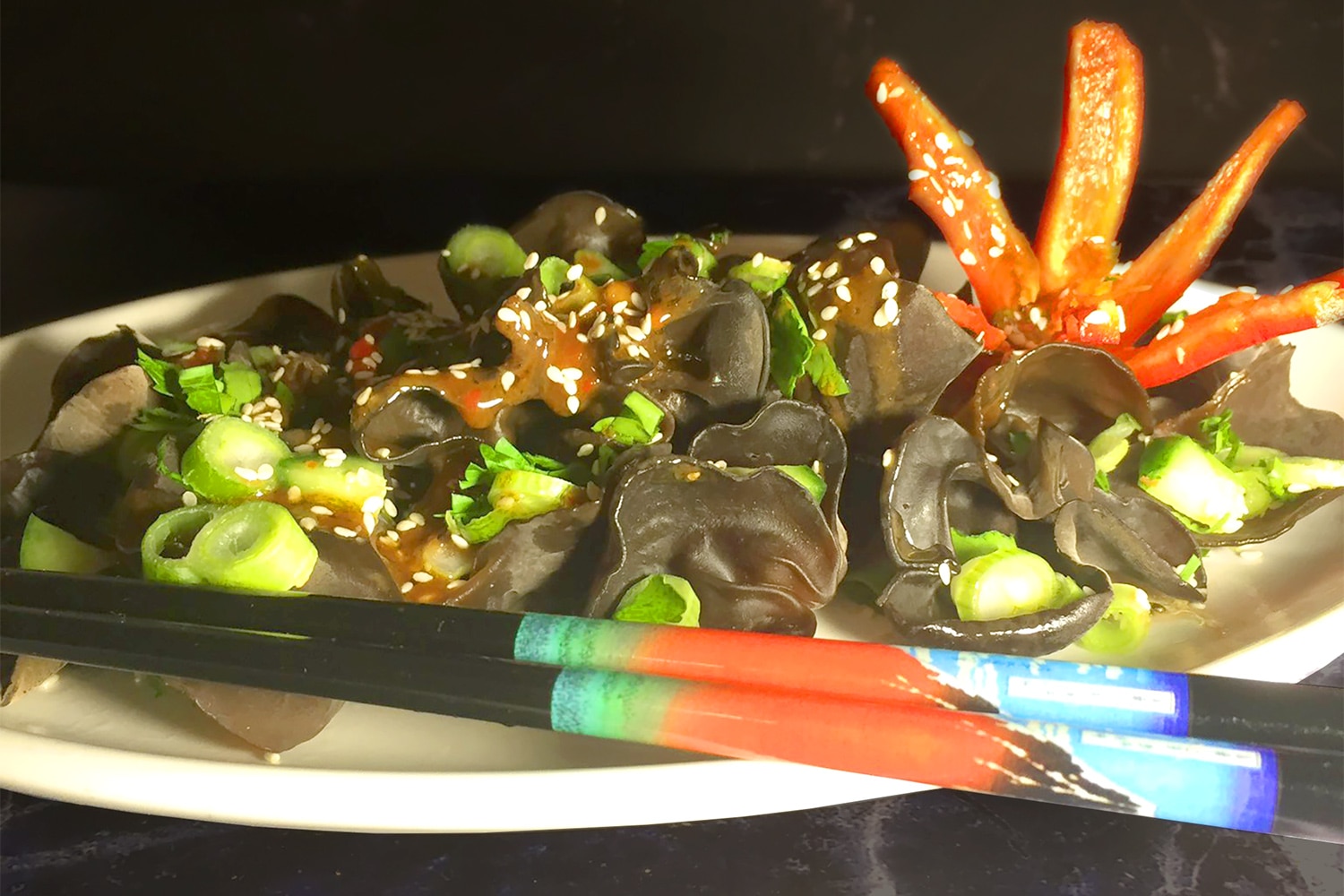 On his Twitter feed, John Hanley posted this photo of a mushroom salad with shallots and red peppers topped with dressing and white sesame seeds. Photo courtesy of John Hanley

WHEN JOHN HANLEY WAS DIAGNOSED with locally advanced prostate cancer at the age of 56, he found himself in need of a distraction. A few days later, out on a long walk near his home in the U.K.’s Lake District, he started to think about how his diet would have to change to support his treatment. Rather than view this as a restriction on what he could eat, he thought back to his informal training as a chef some 40 years earlier and decided to get creative.

Hanley tweeted a photograph of one of the first meals he’d cooked in the mindset of a cancer patient: chicken with a pomegranate glaze served over rice. The post garnered more attention than he’d been expecting. “I just started to think, blimey, there’s something in this,” Hanley says. “So, I had this idea for the Twitter handle, ChemoCookery.”

Since then, the ChemoCookery Twitter account has amassed more than 8,000 followers. His tweets about cooking, cancer and the crossover between the two have built a thriving community of patients, survivors, caregivers and people working in health care.

If you’re interested in learning more about nutrition for cancer patients or survivors, check out @ChemoCookery on Twitter.

While Hanley has plenty of experience to draw from, he’s just as likely to call upon the expertise of one of the many professionals working in health care who follow the account, like oncologists, nurses and radiographers. From the start he felt strongly that his life shouldn’t be the focus—that’s why his name and his photograph aren’t present on the ChemoCookery Twitter profile, though he regularly posts images of himself and shares some of his personal experiences with cancer and food. Rather than laying down the rules of good nutrition for his followers, he’s more interested in creating a dialogue about what works and what doesn’t for each individual.

Starting a produce garden can be a source of healthy foods and a pleasing hobby.

John Hanley recommends growing your own produce to anyone who’s looking to delve deeper into their food. Tending to his plants is a low-intensity hobby that has helped take his mind off cancer. “It gave me such a focus,” he says, noting that eating what he grows is one way to add more food that isn’t highly processed to his diet.

Hanley says people often send him messages looking to talk. Sometimes it’s about a recipe, but other times they might have a question about treatment, or even want to talk about their mental health. He’s proud to have created a space where people feel comfortable having these conversations. “It’s like a mini-support group,” he says.

Cancer to 5K offers exercise training and support to cancer survivors at all fitness levels.