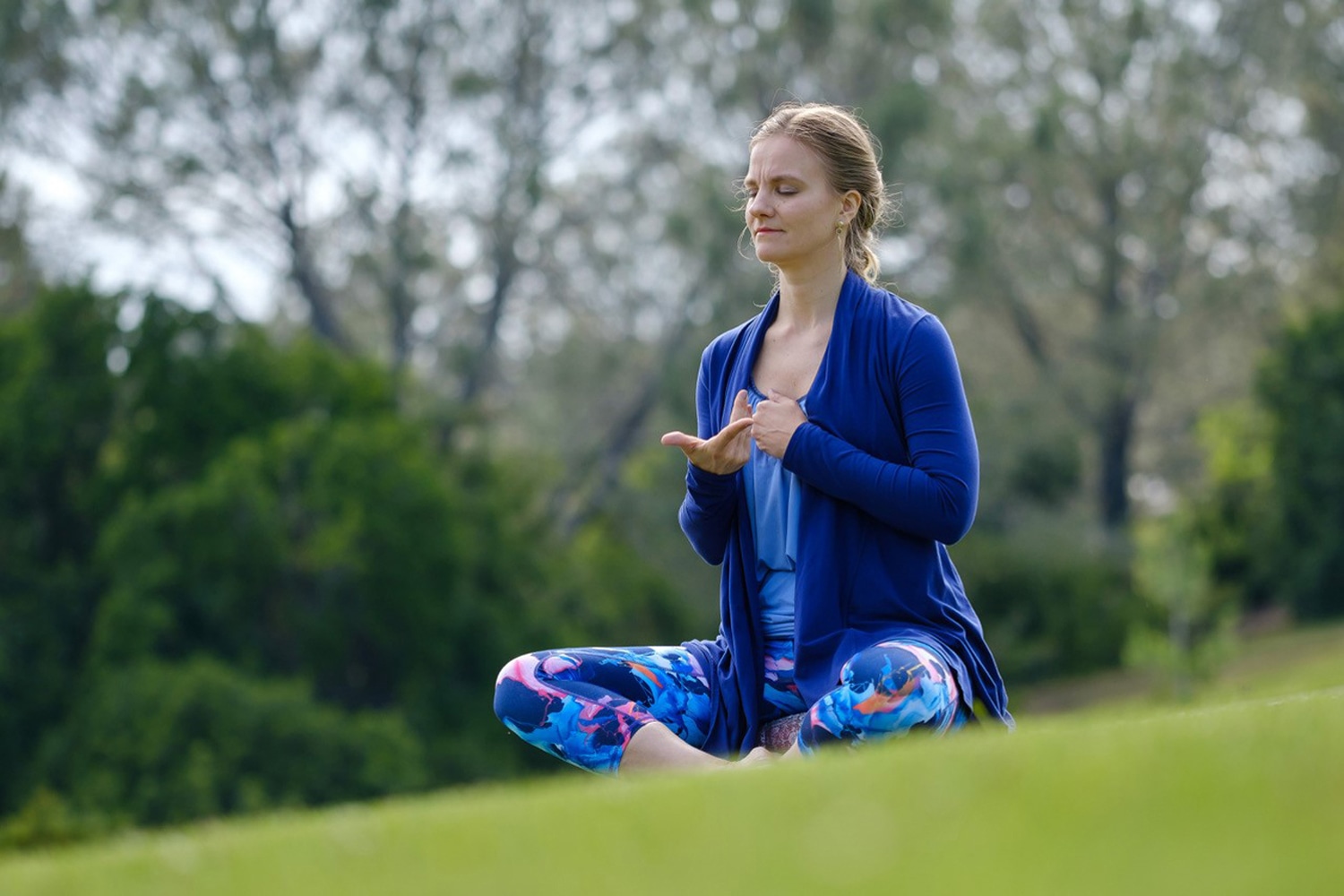 WHEN IRINA TELYUKOVA WAS FEELING THE STRAIN of studying economics in graduate school, she turned to yoga to help cut through the stress. Eighteen months later, she became a yoga teacher in her own right. “It’s a tool for handling life, whatever life happens to throw at you,” she says. This outlook was soon cemented when her grandmother was diagnosed with advanced lung cancer. After she was certified as a yoga instructor, Telyukova resolved to share the tools she gained from yoga with people affected by cancer.

Go at Your Own Pace

Yoga can be an attractive form of exercise for people with cancer because it can be modified to suit a person’s needs. “Yoga’s roots are really not about the physical practice at all,” says yoga teacher Irina Telyukova. “In fact, the history of yoga scripture doesn’t mention any physical pose except for the sitting pose and meditation, until maybe a few centuries ago. Yoga is really not about the body, it’s about the mind.”

She taught a specialized class on using yoga for cancer recovery at a yoga studio. A year later, she became involved with the Sean O’Shea Foundation, a nonprofit dedicated to using yoga to benefit young people. The organization was establishing a program offering yoga classes for cancer patients at a local children’s hospital. Telyukova was among the first cohort of volunteers and was responsible for training other teachers as well as running her own classes. Their intention was to run group classes, but upon learning that patients and their families were more comfortable staying in their rooms, they adjusted their approach. The teachers would go room to room, running 20-minute personalized yoga classes for anyone who was interested.

“That really took off,” she says. “The kids loved it. The parents loved it equally, or maybe even more in some cases. As you can imagine, the caregivers are just as stressed and just as burnt out as the patients.” The teachers followed the lead of their students: If they were feeling good, they’d bring yoga mats and play games. If the children had low energy, instructors would guide them through poses they could do in bed. Either way, sessions would end with meditation and breathing exercises.

Yoga teacher Irina Telyukova received many hours of yoga instruction, including special training about yoga for cancer patients, before she felt able to lead a class for people who were still healing. She says it’s important to know what to avoid, which may not always be intuitive. It’s also crucial to know how cancer and its treatment can affect a person’s physiology.

“Inevitably, you will have students who are trying to push themselves a little bit harder than they should,” she says. “There’s this mental effect of, ‘My body used to be so much stronger, I refuse to acknowledge that I need to take it a little bit easier.’ You need to guide people skillfully in those situations.”

This approach reflected the perspective Telyukova gained during her earliest experiences teaching yoga to people who were going through an illness, where she toned down the physical component substantially to meet their needs. “[Yoga] builds strength and it builds flexibility, but it’s not about pushing your limits and finding your edge or whatever, it’s really more about being well in the moment,” she says. “That’s my mantra when I teach, what do you need to feel well in the moment?”