A new way to identify a cancer recurrence. 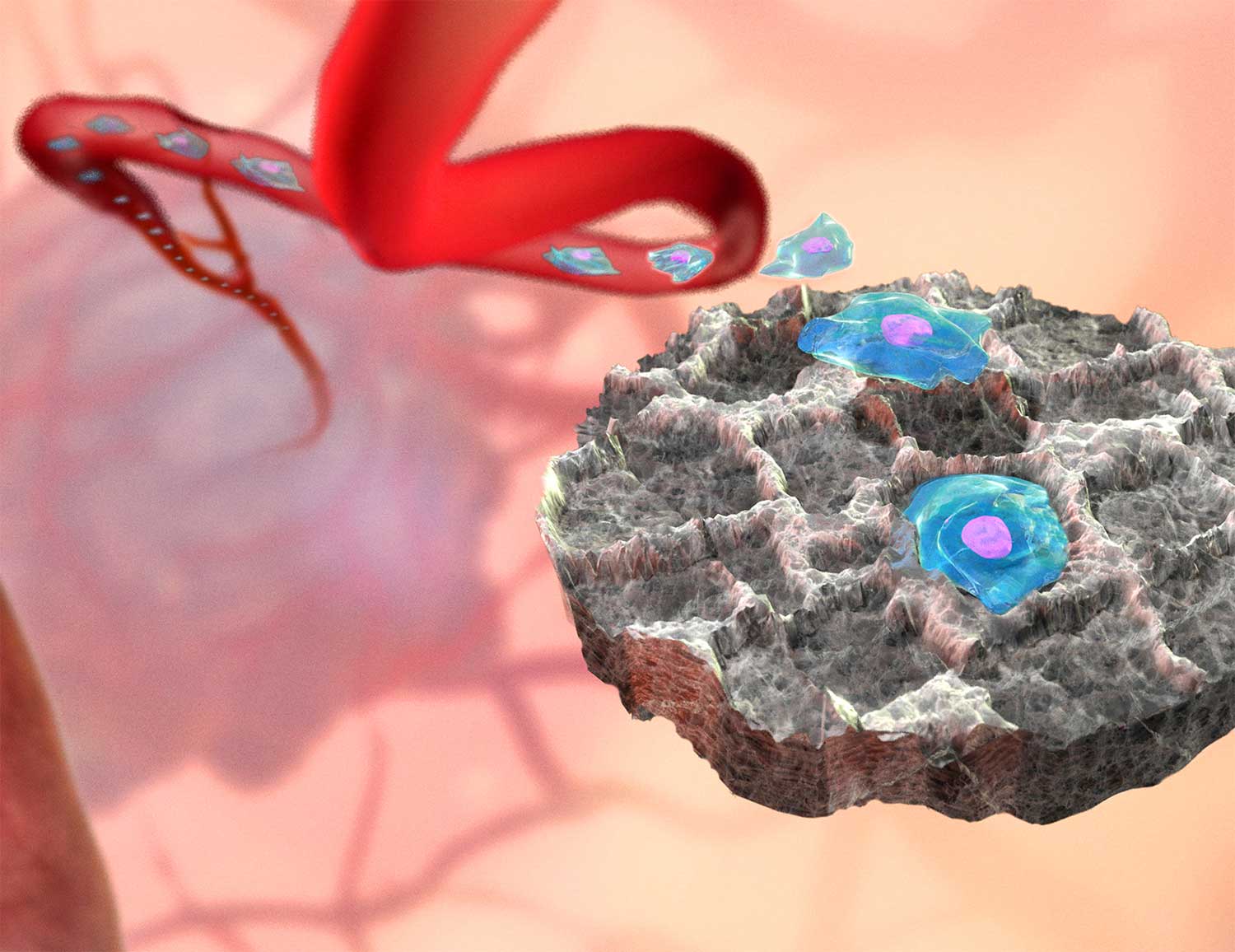 A sponge-like device implanted just beneath the skin could make it easier for doctors to detect cancer metastases. Illustration courtesy of the University of Michigan​

MOST PEOPLE WHO HAVE BEEN TREATED for an early-stage cancer don’t undergo routine testing for recurrence. Instead, they are advised to let their oncologist know if they experience telltale signs or symptoms. If they do, scans and biopsies to look for metastases can follow. Lonnie Shea, a biomedical engineer at the University of Michigan in Ann Arbor, is developing a device that may make it easier for doctors to detect metastases.

The device would be implanted just beneath the skin of a patient who had been treated for early-stage cancer. Over time, tissue and blood vessels would develop throughout the porous (about 3/8-inch) implant. Part of the metastatic process involves the primary tumor spurring immune cells to circulate and implant themselves in various sites throughout the body, where the immune cells recruit cancer cells and new tumors are formed. Because the implant is a foreign body, circulating immune cells will naturally gather around the implant—making it a likely home for cancer cells spreading through the body.

Shea is using breast and pancreatic cancer models to develop the device. His group is planning on testing the device soon in a clinical trial. In patients at risk of metastasis, the device would be routinely biopsied to identify cancer recurrences before the emergence of any new symptoms, giving doctors a head start on treatment. But in the future, a biopsy might not be needed.

“Ultimately, we’re working toward more noninvasive ways of being able to analyze the device, so that a biopsy is not the first approach,” says Shea. “You would have some sort of imaging-based approach to tell you, ‘Something’s not quite right with this. Now go in for a biopsy.’”