It is well known that tumors can stop responding to many types of treatment, including chemotherapy, targeted drugs and immunotherapy. Here is what’s not known: Is there a way to stop it from happening? 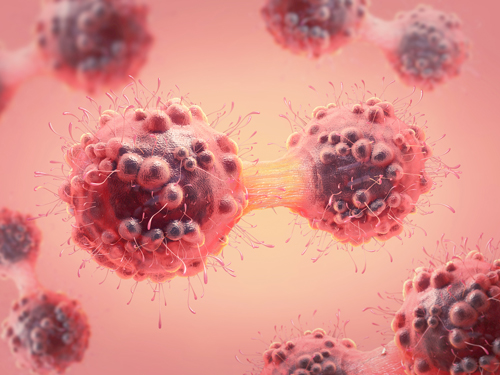 Twenty-nine research groups presented findings from studies trying to answer this question during one session at the American Association for Cancer Research (AACR) Annual Meeting 2017, held in April in Washington, D.C. (The AACR publishes Cancer Today.) Some of these scientists are repurposing old non-cancer drugs. Others are studying cellular pathways, which are the series of steps that occur inside a cell to, for example, manufacture a protein or turn a gene on or off.

Howard L. McLeod, a cancer pharmacologist at the Moffitt Cancer Center in Tampa, Florida, says advances in cancer genetics have allowed researchers to begin to understand how resistance occurs at a molecular level. About half of all melanomas have a BRAF mutation that helps fuel their growth. These tumors can be treated with a BRAF inhibitor, such as Zelboraf (vemurafenib) or Tafinlar (dabrafenib). Over time, though, the tumor becomes resistant and the treatments stop working.

At the AACR meeting, McLeod’s group reported findings from laboratory studies in mice suggesting that propranolol, a beta blocker that has been prescribed for heart conditions for more than 50 years, may stave off resistance to BRAF inhibitors. More studies will be needed to determine if giving propranolol along with the BRAF inhibitor will help patients benefit from these drugs longer.

Other researchers presented findings on potential ways to prevent chemotherapy resistance. “Researchers want to identify which pathways enable resistance and hopefully find a drug that can target that pathway,” says gynecologic oncologist Charles N. Landen Jr., who studies chemotherapy-resistant ovarian cancer at the University of Virginia School of Medicine in Charlottesville. At the meeting, his group reported that an experimental drug may overturn resistance by blocking pathways important in cancer growth. The drug, which laboratory studies suggest works better in cancer cells that are resistant to chemotherapy, is now in a phase I clinical trial in Canada.

In another repurposing effort, researchers from the University of Toledo in Ohio, along with collaborators at other institutions, found that small doses of a dopamine antagonist—a type of drug often used to treat drug addiction—could mitigate resistance against two types of chemotherapy in laboratory studies using human colon and lung cancer cell lines. They are now testing the drug in animal models.

Researchers say the non-cancer drugs they are studying to slow or stop resistance—like propranolol and dopamine antagonists—have the potential to get into phase II and III trials more quickly than experimental drugs with unknown side effects because the older drugs have already been tested for toxicity. Researchers already have a good understanding of how existing drugs work; the question is whether they can play a role in cancer care.

“Once we understand the mechanism of resistance,” says McLeod, “we can act on it with whatever medicine seems to work.”