Screenings, treatment advances and declines in smoking have led to a decrease in lung cancer death rates. 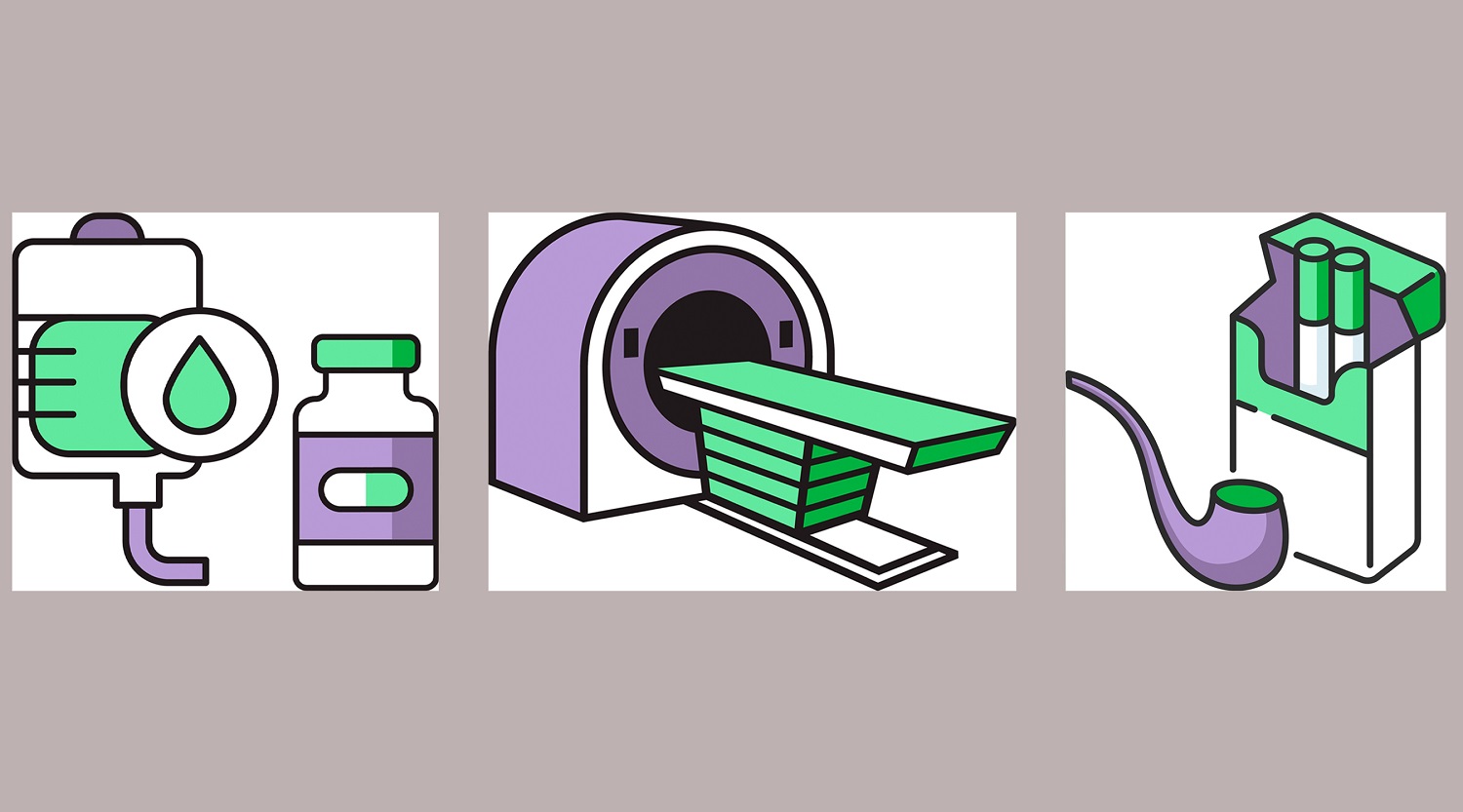 Lung cancer-related deaths in the U.S. have declined 41% since their peak in 1991. Here are some reasons why: targeted therapies and immunotherapies (left); low-dose CT scans (center); tobacco cessation (right). Images by bsd studio / iconation / Shutterstock.com

LUNG CANCER IS THE LEADING CAUSE OF CANCER DEATH in the U.S., but policy changes and public health efforts to inform people about the danger of smoking, along with advances in screening and treatment, have led to a 41% decline in lung cancer-related deaths in the U.S. since their peak in 1991.

Smoking causes about 80% of lung cancer cases and deaths, and public education campaigns and policies to get people to stop smoking—or never start in the first place—have been central to preventing and managing lung cancer over the last few decades. The proportion of Americans who smoke has declined from 37.4% in 1971 to 14% in 2019. This slip in the popularity of cigarettes is seen as a primary reason for a decline in lung cancer deaths over the last 30 years.

Screening has also played an important role in this trend. In 2011, a study found that people with a history of smoking who received low-dose CT scans were 20% less likely to die from lung cancer compared to those who were screened using chest X-rays. These findings formed the basis for national guidelines recommending annual screening of people at high risk of developing lung cancer. In 2021, the U.S. Preventive Services Task Force updated this recommendation to include people over age 50 with a 20 pack-year history of smoking who currently smoke or quit less than 15 years ago. A pack-year is a measure of smoking over time defined as the number of packs smoked a day multiplied by the number of years smoked. So a person who smoked a pack a day for 20 years or a half a pack a day for 40 years would have a 20 pack-year history.

Meanwhile, better understanding of molecular drivers of lung cancer in the mid-2000s has led to the development of targeted treatments, including EGFR inhibitors, angiogenesis inhibitors and ALK/ROS-1 inhibitors. In addition, the introduction of immunotherapies, starting with the first Food and Drug Administration approval for lung cancer in 2015, has improved outcomes for some lung cancer patients. The combined work in education, screening and treatment has improved the five-year survival rate from 12.3% in the 1970s to 21.7% from 2011 to 2017. Lung cancer remains the most common cause of cancer death in the U.S., but these concerted efforts are changing the story and show a path toward continued progress in preventing and treating this deadly disease.

A Quarter Century of Progress Against Lung Cancer

While advances have been made in treating lung cancer and risk reduction, there is still plenty of work to be done.