Aspirin can be taken daily to reduce the risk of colorectal cancer, but it’s not recommended for everyone. 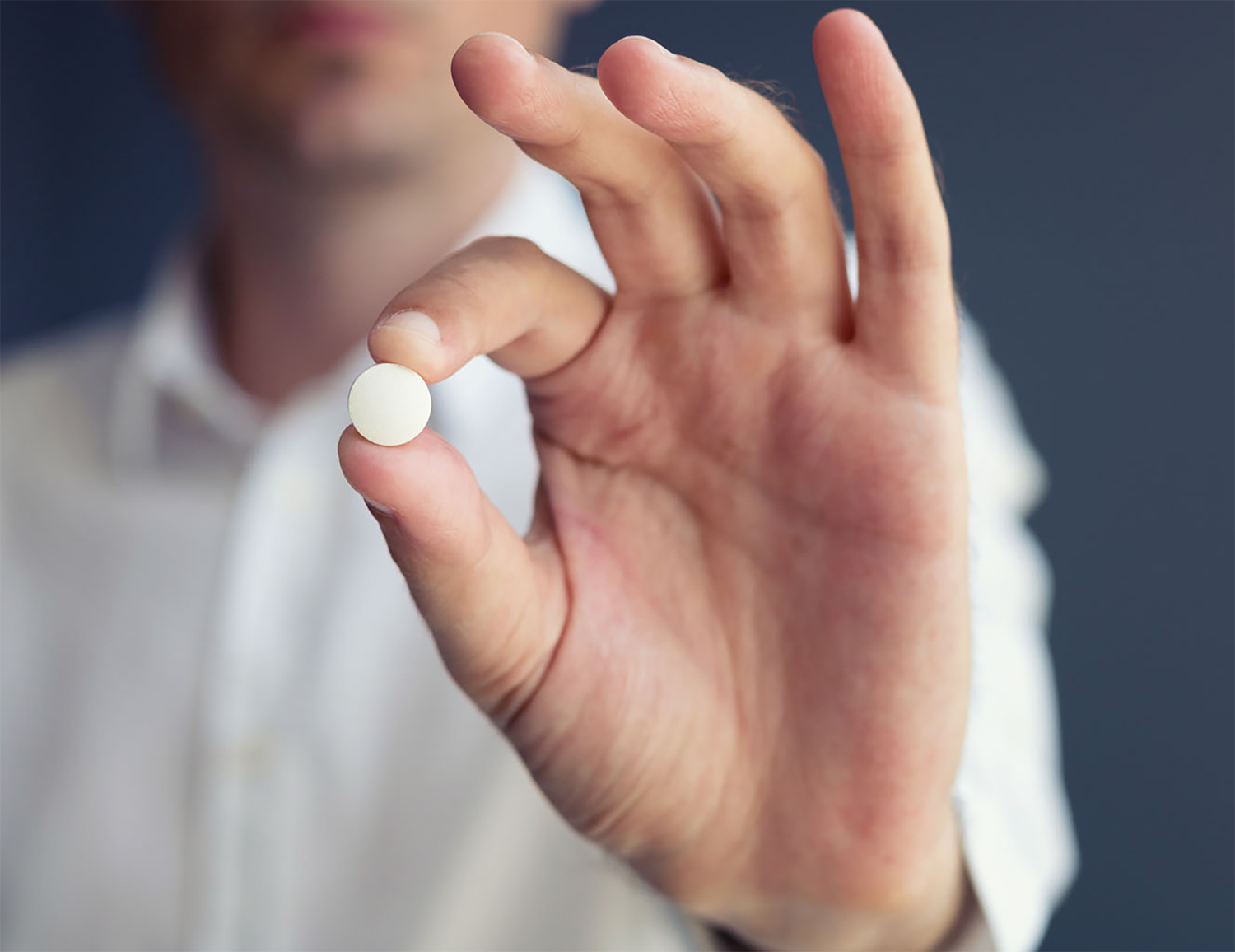 IT’S ESTIMATED THAT MORE THAN 44,000 TONS OF ASPIRIN are consumed each year around the world. Many of these doses are used to mitigate pain, fever and inflammation, or to reduce the risk of heart attack or stroke. But the medication can also be taken daily to reduce the risk of colorectal cancer.

The U.S. Preventive Services Task Force (USPSTF) is working on an update to its recommendation for aspirin use to prevent colorectal cancer. When the new guidelines have been developed, they will be published on the USPSTF website.

In the 1980s, scientists began to observe that people who took aspirin seemed less likely to develop colorectal cancer, but they weren’t sure why. Other studies demonstrated that aspirin can reduce the risk of developing polyps in the colon, which can develop into colon cancer, says Andrew Chan, a gastroenterologist at Massachusetts General Hospital in Boston. “What hasn’t been as clear is whether aspirin is effective at reducing risk of cancer across all individuals, or just particular subgroups of individuals.”

In 2016, the U.S. Preventive Services Task Force (USPSTF) issued a recommendation on the use of aspirin to prevent colorectal cancer. The guidelines recommended the initiation of low-dose aspirin to prevent colorectal cancer among certain people ages 50 to 59 and suggested that people between 60 and 69 make individual decisions. However, for people under 50 and over 70, USPSTF stated that evidence was “insufficient to assess the balance of benefits and harms.”

The Aspirin in Reducing Events in the Elderly (ASPREE) study sought to fill this gap, enrolling 19,114 people age 70 and above to evaluate the effects of a daily 100-milligram dose of aspirin. “The unexpected finding was that aspirin appeared to increase cancer mortality, especially amongst those who were diagnosed with an advanced cancer,” says John McNeil, one of the study’s principal investigators and an epidemiologist at Monash University in Melbourne, Australia. “The mortality trended higher with aspirin for virtually every cancer subtype including colorectal cancer.”

Scientists are investigating whether aspirin can reduce the risk of different cancer types.

There is some evidence that low-dose aspirin might be able to reduce risk of developing types of cancer besides colorectal. In clinical trials studying conditions other than cancer, participants who took aspirin were less likely to develop certain other cancer types. However, there aren’t yet enough data to support any recommendations, says Andrew Chan, a gastroenterologist at Massachusetts General Hospital in Boston. But he remains optimistic that aspirin could play a role in prevention for a cancer type like liver cancer, where incidence is growing around the world but methods for prevention and screening remain limited.

“As opposed to a broad recommendation that individuals consider taking aspirin at any age, I think the likelihood is that we should be more cautious and think about aspirin for prevention of cancer in people who are starting it at a younger age, and also based on other risk factors,” says Chan, who also co-authored the study. “We’re not at a point yet where we can make a very broad, sweeping recommendation across the population.”