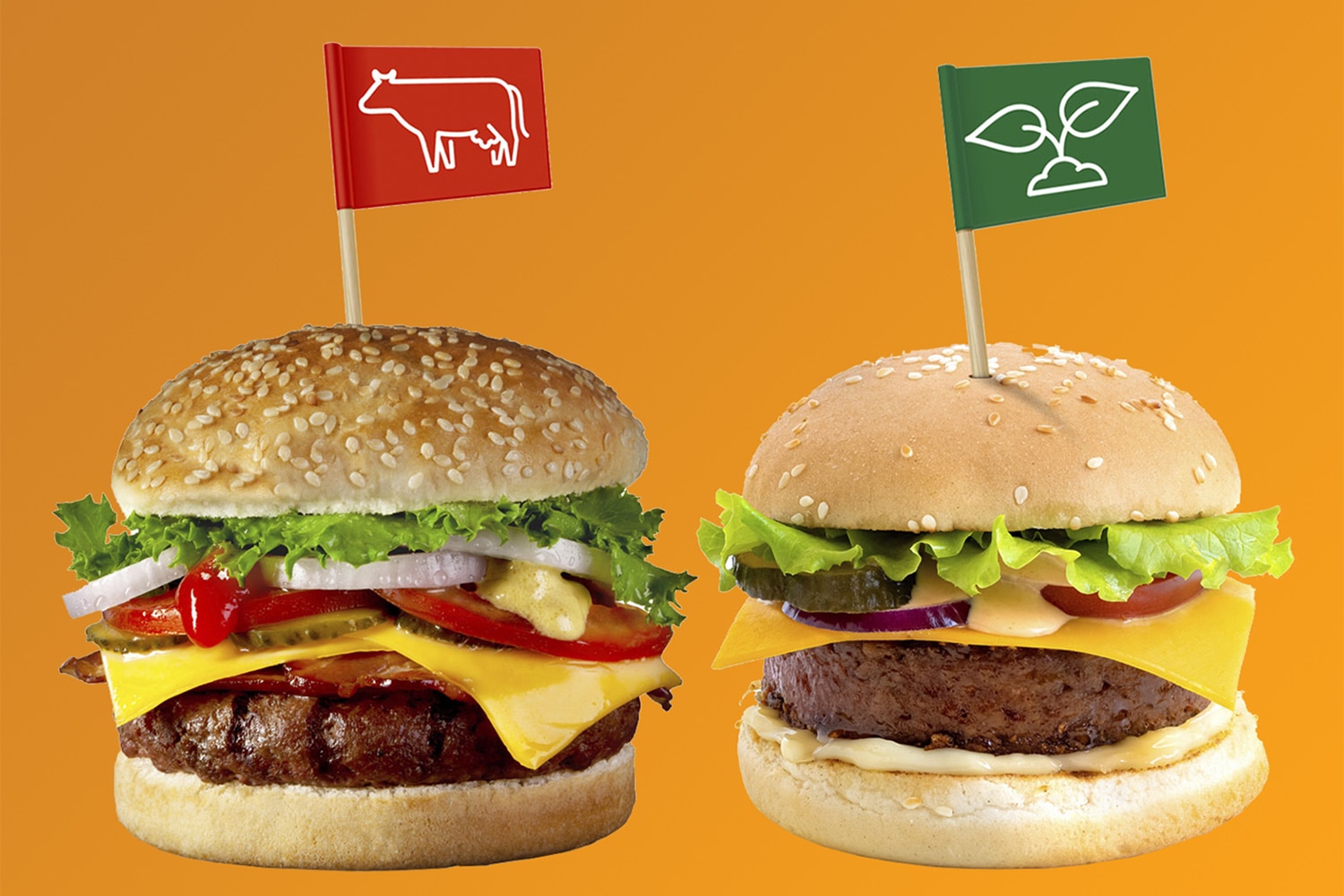 PLANT-BASED MEAT ALTERNATIVES have become commonplace on supermarket shelves in recent years. Many of these products imitate beef burgers in appearance, flavor and protein because that protein comes from peas, soy or potato, depending on the brand, they’re vegan.

They’re so convincing that when long-time vegetarian Erin Gurd, a clinical dietitian at the Moffitt Cancer Center in Tampa, Florida, bit into her first Impossible Burger at a restaurant, she thought her server had made a mistake. “I asked, is this a real hamburger?” Gurd recalls.

Named for the Japanese word for “savory,” umami is the flavor that makes cooked meat so mouth-watering, says board-certified specialist in oncology nutrition Andrew Woodward of Loma Linda University Cancer Center in California. To ease an umami craving without meat, he suggests sautéing mushrooms such as portobellos, which he describes as “the steak of the vegetable kingdom,” or sprinkling foods with a high-quality smoked paprika. For other sources of umami flavor, he recommends adding a splash of soy sauce, nutritional yeast or coconut aminos.

Research suggests that eating red meat increases risk of colorectal cancer, and the American Institute of Cancer Research recommends limiting intake to 12-18 ounces per week. The fact that plant-based alternatives sometimes mimic meat in texture and flavor makes them an appealing option for burger lovers trying to adjust their diet, explains Andrew Woodward, a board-certified specialist in oncology nutrition at Loma Linda University Cancer Center in California. Overall, they are a healthier choice than a meat-based burger, he says, but notes that some are prepared with lots of sodium.

These meat alternatives may be plant-based, but Gurd warns that they are “ultraprocessed,” and should not be viewed as a serving of vegetables. Think of these meat alternatives as an occasional treat, “like you would a cheeseburger,” says Gurd. For healthier meatless options, she recommends bean burgers and tempeh sandwiches, which are less processed and provide protective phytochemicals. Gurd adds that bean burgers are easy to make at home and can be frozen for convenience.

A look at popular plant-based options you can substitute for meat.

Tempeh. Gurd tosses this fermented soy food in pad thai and uses it as a replacement for bacon on sandwiches.

Tofu. This soy food is a blank canvas for your favorite flavors. Gurd recommends sprinkling slices with corn starch, baking or air frying for crispiness, then layering with pesto and veggies on sandwiches.

Jackfruit. This tropical fruit can be used to make a meatless version of pulled pork. It’s hearty enough to build a meal around but lacks protein. “It’s a good replacement [for meat] as long as you’re not relying on it for your protein,” Gurd says.

A common criticism of veggie burgers made with beans and grains is that they can be a tad dry, so Woodward recommends adding condiments such as mustard and toppings such as sauerkraut for extra flavor and moisture. “I would say try different veggie burgers to find one you like,” he adds, “and then sauce it up.”

Aspirin can be taken daily to reduce the risk of colorectal cancer, but it's not recommended for everyone.