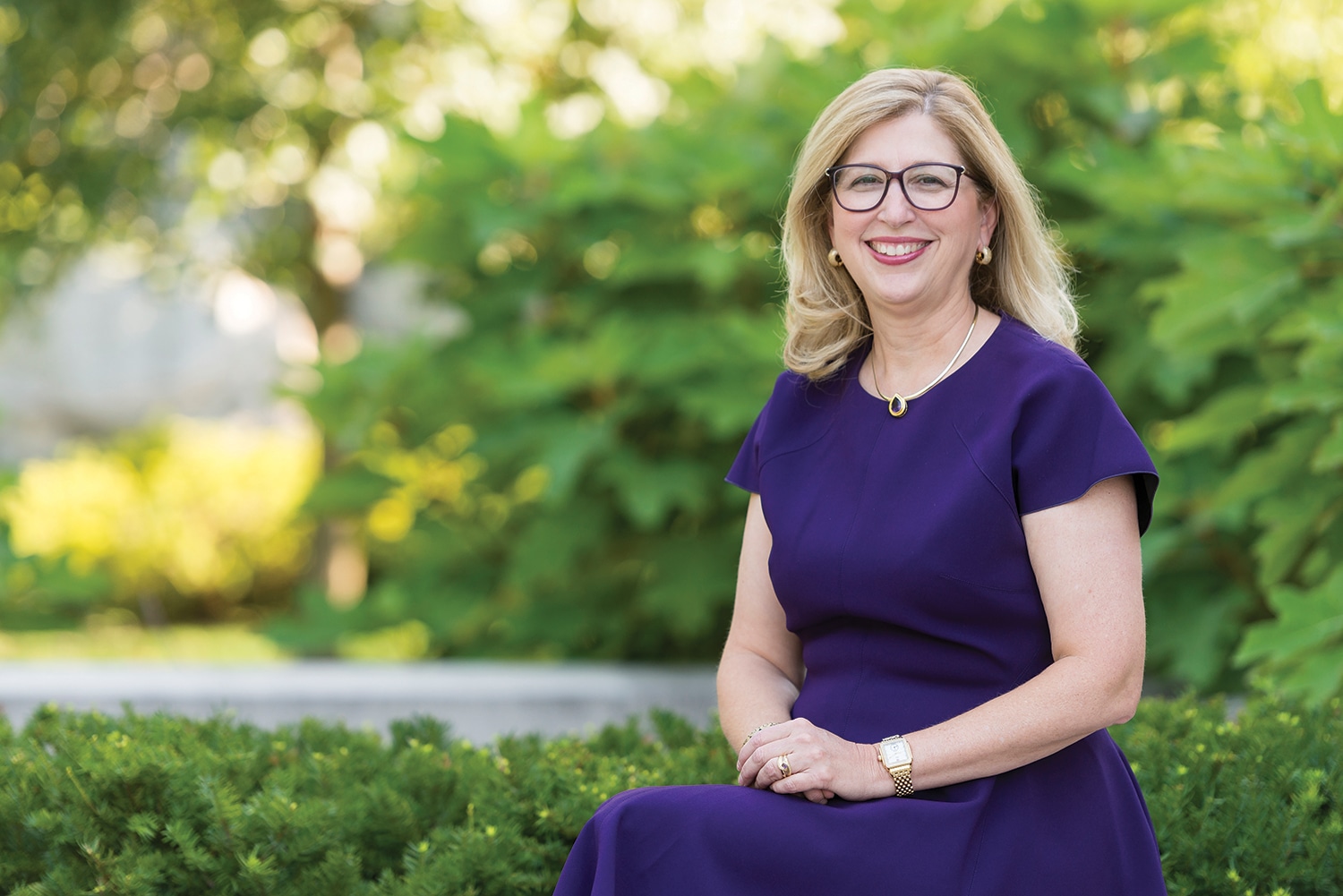 FOR 15 YEARS, Teresa Woodruff has been working to preserve the fertility of cancer patients. Now the director of the Center for Reproductive Science at Northwestern University in Chicago, she helped launch a new discipline at the intersection of cancer care and reproductive medicine, a field she named “oncofertility.”

Cancer patients can call the Fertline to talk with a patient navigator about fertility. 8

Woodruff says a galvanizing moment for her came when she became aware that a cousin who had breast cancer was concerned about whether treatment would affect her ability to have a baby. Later, as basic science director of Northwestern’s Robert H. Lurie Comprehensive Cancer Center in the mid-2000s, Woodruff was disheartened to realize that the fertility preservation needs of many young cancer patients, particularly girls and women, were not being met.

In 2007, Woodruff founded the Oncofertility Consortium, a network of biomedical and social scientists working to advance promising oncofertility technologies from “bench to bedside to baby,” as she puts it. Her own lab’s projects include studying new ways to assess the health of eggs to be used for IVF and creating “bioprosthetic ovaries,” 3-D printed structures made from organic material that she hopes may someday serve as partial replacements for ovaries in patients whose own are no longer functional.

Woodruff spoke with Cancer Today about what cancer patients should know about fertility preservation.

Q: Do cancer treatments always lead to infertility in patients?
A: They do not, and men and women are not affected in the same way. Men have a replenishing number of sperm. If they have any stem cells remaining after cancer treatment, they could have the likelihood of fertility down the line. Women, on the other hand, have a fixed number of follicles in the ovary that each contain an egg. If all or most of those are damaged, women don’t have the option for renewal of that pool. Total body radiation has a high likelihood of sterilizing both men and women. Some cyclophosphamides, a type of chemotherapy drug, also have a high likelihood of leading to infertility. Sometimes infertility can be the result of accumulated effects of more than one treatment. Finding ways to focus radiation more specifically and using less radiation in pediatrics have both been really important in reducing infertility. And the targeted therapies that are now being developed may be less toxic than chemotherapy.

Q: What treatments are available to preserve fertility for cancer patients?
A: Women 18 and older who have time can use available technologies like IVF, which results in eggs that can be frozen. Cryopreserving eggs is important for women who are in a young relationship or just dating and don’t want to create embryos at the time of a cancer diagnosis. For prepubertal and young adolescent girls, cryopreserving an ovarian biopsy is the option. It is an experimental option for young girls. But in adults, more than 80 babies have been born around the world from cryopreserved ovaries removed from women before cancer treatment and reintroduced later.

For men and adolescent boys, sperm banking is the option. If there’s no sperm in the ejaculate, one can do a TESE procedure, testicular semen extraction, a surgical biopsy of the testis. For prepubertal boys, a portion of the testis is removed and cryopreserved, but this treatment is still in the experimental stage, too. In cryopreserving the tissues, we’re banking that the research we’re doing will develop and catch up with the needs of the patient in the future.

Q: What advice would you give someone who has received a cancer diagnosis and wants to preserve fertility?
A: I would refer that individual to an oncofertility patient navigator here at Northwestern or at almost any of the 98 sites around the United States the Oncofertility Consortium has set up. We have a national hotline, too, the Fertline, which allows patients to be connected with a navigator: 866-708-FERT.

Q: Are health insurance plans likely to cover oncofertility procedures?
A: In the past, you had to prove you were infertile before your plan would kick in. But in oncofertility, you have to store embryos, eggs or ovarian tissue before that first sterilizing treatment. We generally use the cancer diagnosis to code for the oncofertility consultation. Then, in many cases, it’s covered—but not always.

Q: Should the parents of very young children diagnosed with cancer be thinking about oncofertility?
A: Those parents are making a lot of difficult decisions in the moment. The easiest decision they’ll make is to bank on their child’s surviving the cancer and wanting to have fertility. We also want to preserve endocrine health. The hormones of the ovary, the estrogens and progesterones, are absolutely necessary for taking girls through all the signatures of development, and the same is true for boys. Children who lose gonadal function now have to be enabled to go through puberty with exogenous hormones, and that hormone treatment will be lifelong. The hope is that in the future we will be able to restore endocrine health to those young cancer patients using organ mimics or cryo-preserved tissue from their own gonads.