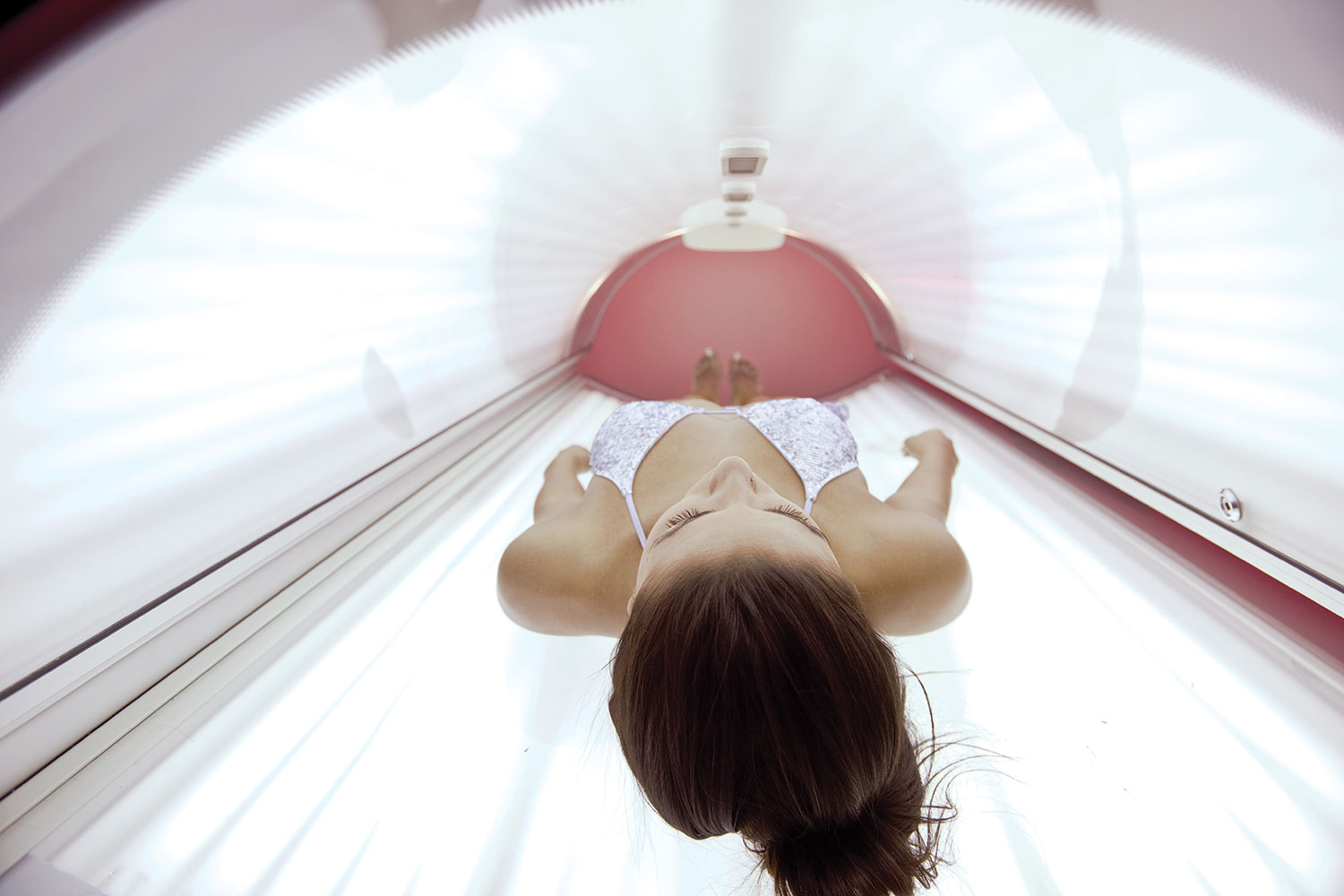 Thirteen countries have banned indoor tanning by people under 18.

If your calendar  includes appointments at a tanning salon to prepare for summer, you may want to reconsider whether bronzed skin is worth the gamble. A recent review of 27 studies suggests that using a tanning bed, even just one time, increases melanoma risk. The researchers also concluded that indoor tanning is responsible for almost 3,500 of the nearly 64,000 newly diagnosed melanomas, and 800 of the 5,600 melanoma deaths, that occur in Western Europe each year.

The new analysis found a clear relationship between frequency of tanning bed use and melanoma risk. Any use increased melanoma risk by 20 percent, while frequent indoor tanning increased risk by 42 percent. For those who start tanning at a young age, the risk is even greater. “When your first exposure is before [you are] 35 years old, you increase by 60 percent your risk of melanoma,” says Mathieu Boniol, an epidemiologist at the International Prevention Research Institute in Lyon, France, who led the study, which was published in the British Medical Journal on July 24, 2012.

Staying out of tanning beds is an easy way to avoid increasing your cancer risk. When outside, keep in mind:

Thirteen countries have banned indoor tanning by people under 18, as have several Australian states and Canadian provinces. Iran has outlawed it completely. In the U.S., 33 states have passed laws that curtail use by minors.

The Indoor Tanning Association has criticized legislation that restricts tanning bed use, stating “ultraviolet light from a sunbed is the same as that from the sun and regular moderate non-burning exposure is essential for good health.”

But this stance is misleading at best, dangerous at worst, says Steven Q. Wang, a dermatological surgeon at Memorial Sloan-Kettering Cancer Center Basking Ridge in New Jersey. Wang compares the indoor tanning industry’s public relations campaign to that of the tobacco industry. “They have similar ways of trying to attract young people to engage in both behaviors,” he says. A common myth that the indoor tanning industry perpetuates, he adds, is that getting a base tan before going on vacation will keep you from getting a sunburn. That tan not only provides little protection, says Wang, but it can cause the type of DNA damage to the skin you want to avoid.