ONCOLOGISTS HAVE LONG KNOWN that a survivor of Hodgkin lymphoma treated with radiation therapy is at higher risk of developing second cancers, especially breast and thyroid cancers. Nearly 20 percent of Hodgkin patients treated as children develop a second cancer within 30 years. Now, pediatric oncologist Kenan Onel and his colleagues have uncovered two genetic markers that may help explain why one child is more likely than another to develop a second cancer as an adult. 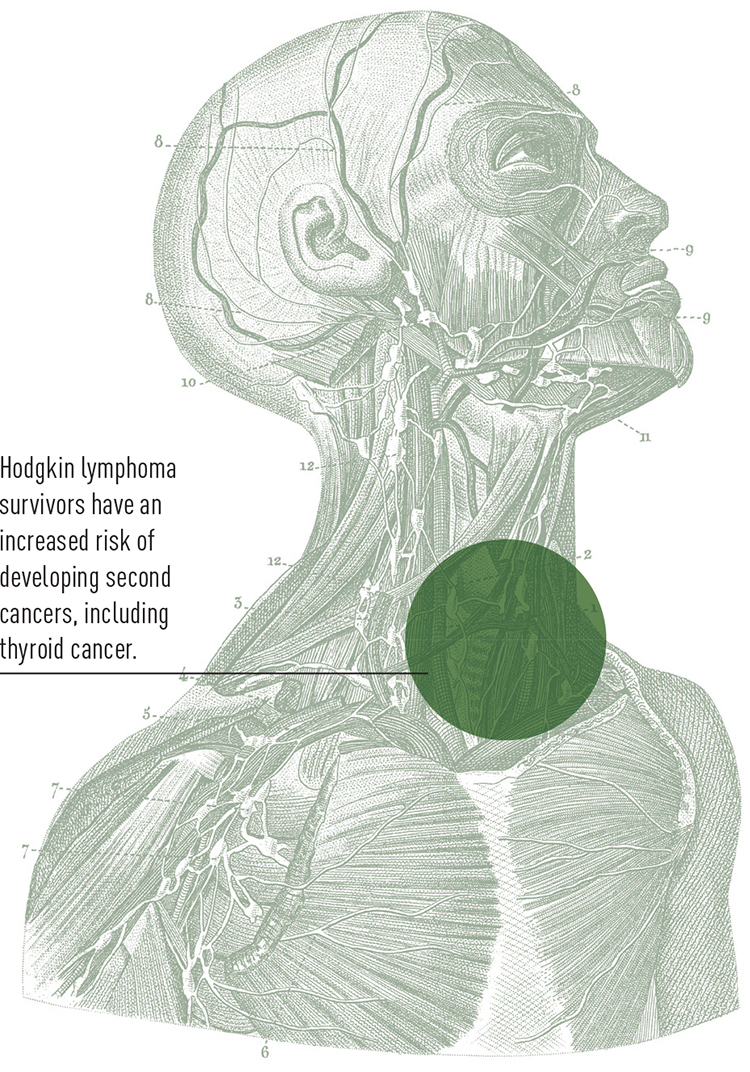 The researchers studied the genomes of more than 300 Hodgkin survivors who had been treated with radiation (with or without chemotherapy) between the ages of 8 and 20. When the genetic variations at two locations on chromosome 6 were labeled as either “risk variants” or “protective variants,” the results were striking, says Onel, the director of the Pediatric Familial Cancer Clinic at Comer Children’s Hospital at the University of Chicago. The study showed that patients with risk variants at both locations were many times more likely to develop second cancers within 30 years than patients with the protective variants. The results were published in the August 2011 issue of Nature Medicine.

“What is so great about this study is that not everyone who gets radiation gets a second cancer, so the question is, ‘How can we figure out who is at higher risk?’ ” says Michael Link, a pediatric oncologist at the Stanford University School of Medicine in Palo Alto, Calif., who was not involved in the study. While the findings are preliminary and will need to be replicated with many more patients, he says, “it is exactly what we need; we want to be able to tailor the therapy and even tailor the monitoring following therapy to the patients who are the most likely to develop a second cancer.”

Many concerned parents have contacted Onel about his findings, wondering if they can test to see which genetic variations their children have and if the results would warrant a change in treatment. “I tell them that while this study is very encouraging, it is still too early in the game for us to say that the findings are as meaningful as we think,” he says. “To change treatment based on them would right now be premature.”