A recent study found that a small number of children diagnosed with attention deficit hyperactivity disorder (ADHD) actually have rare tumors whose symptoms mimic those of ADHD.

The study, published in the May 2016 Hormone and Metabolic Research, identified 43 children ages 6 to 17 who had been diagnosed between 2006 and 2014 with one of two types of endocrine tumors, a pheochromocytoma or a paraganglioma. (An endocrine tumor starts in the cells that make hormones.) Nine of the 43 were potentially misdiagnosed with ADHD. Four of those nine also had high blood pressure, another symptom of these endocrine tumors. 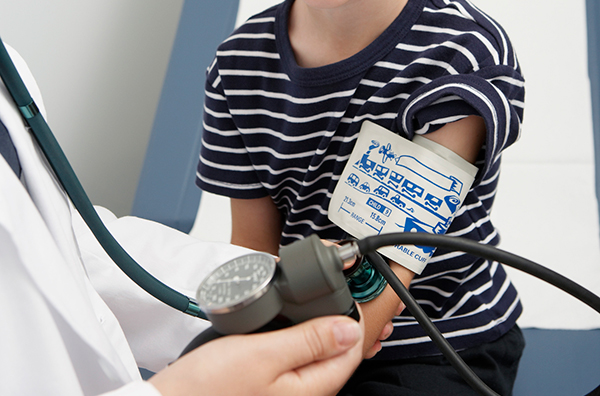 Maya Lodish, a pediatric endocrinologist at the National Institute of Child Health and Human Development in Bethesda, Maryland, who co-led the study, says the misdiagnosis of ADHD occurs partly because “the tumors produce adrenaline, which can cause anxiety, and anxiety is also a symptom of ADHD.” Other overlapping symptoms include being easily distracted, bursts of energy and activity, and excessive talking.

The children initially diagnosed with ADHD received this diagnosis an average of four years before their doctors realized they had an endocrine tumor. The potential for misdiagnosis is a concern, Lodish says, because endocrine tumors produce adrenaline and other chemicals that act like stimulants, and ADHD is typically treated with stimulants. The combination can raise blood pressure high enough to possibly cause a stroke. Two children in the study experienced a potentially dangerous increase in their blood pressure. No child had a stroke.

More than 7 percent of children worldwide have been diagnosed with ADHD, according to a study published in 2015 in Pediatrics. Rachel Plotnick, a pediatrician at the Greater Baltimore Medical Center, says pediatricians need to be aware that any child diagnosed with ADHD might actually have an illness with similar symptoms. “Blood pressure screening should be part of all ADHD evaluations by the general pediatrician,” she says. “It’s an inexpensive and easy way to screen for these tumors.”

Endocrine tumors are treated with drugs that block the effects of adrenaline, followed by surgery to remove the tumor. “Optimal care of these children includes a multidisciplinary team approach,” Lodish says. “We see probably most of the kids in the world with pheochromocytoma.” Caught early, these tumors can be removed successfully. If they have spread to other parts of the body, a child has an estimated 78 percent chance of being alive after five years, according to a 2011 review published in the Journal of Clinical Endocrinology and Metabolism.

Lodish says parents should keep the findings in perspective. “It’s important not to panic—these tumors are very rare, about one in a million.” Still, she says, the information could help doctors catch these tumors earlier, adding “It would be great if this study helps even one person.”