When Don Stranathan was diagnosed with stage IV non-small cell lung cancer (NSCLC) in 2009, genetic testing of NSCLC tumors was in its infancy. By 2015, when a new tumor was found in his left lung, Stranathan knew he wanted to learn as much as he could about his tumor’s genetics. 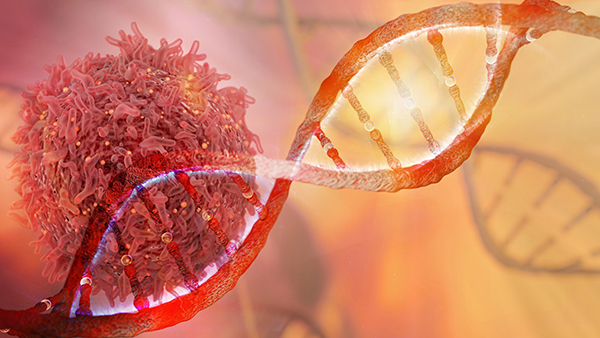 Stranathan’s doctors began by testing his tumor for mutations in the genes EGFR and ALK. But no alterations were found. Concerned that testing for one mutation at a time would use up his biopsied tumor tissue, the 64-year-old patient advocate from Santa Rosa, California, had a sample of his tumor sent to Foundation Medicine, whose FoundationOne test sequences 315 cancer-related genes and checks for rearrangements and changes in some other genes.

Some genetic testing of tumors is routine, says Christine Lovly, a physician-scientist who studies lung cancer at Vanderbilt-Ingram Cancer Center in Nashville, Tennessee, because the results are likely to guide treatment. For example, the National Comprehensive Cancer Network now recommends that certain types of metastatic NSCLC tumors be tested for alterations in ROS-1 in addition to EGFR and ALK.

More extensive tumor testing may be helpful for patients who have rare cancers or whose tumors have not responded to standard care, by identifying mutations that could make them eligible for a clinical trial or indicate that they might benefit from a targeted drug approved for other types of cancers, says Lovly. But it may also turn up results that physicians don’t yet know how to interpret. “You can do a 400-gene panel test,” says Lovly. “It doesn’t mean you understand what those 400 results are going to mean.”

Other patients may be offered tumor sequencing as part of research initiatives at their cancer center. Clinical trials that require participants to have specific mutations may also perform genetic testing at no cost to prospective enrollees.

The tumor report Stranathan received led him to investigate multiple options. In the end, he and his doctor decided to try Opdivo (nivolumab), an immunotherapy drug approved for treatment of advanced NSCLC, instead of an experimental treatment. His cancer has remained stable on Opdivo since February 2016.

“I wanted to have [the genetic] information, even though I could have made a decision on immunotherapy without knowing the complete sequencing,” Stranathan says. Because of the test, he knows he has mutations in other genes that could make him eligible for a clinical trial if the Opdivo stops working. “I always keep a plan B in the background,” he says.