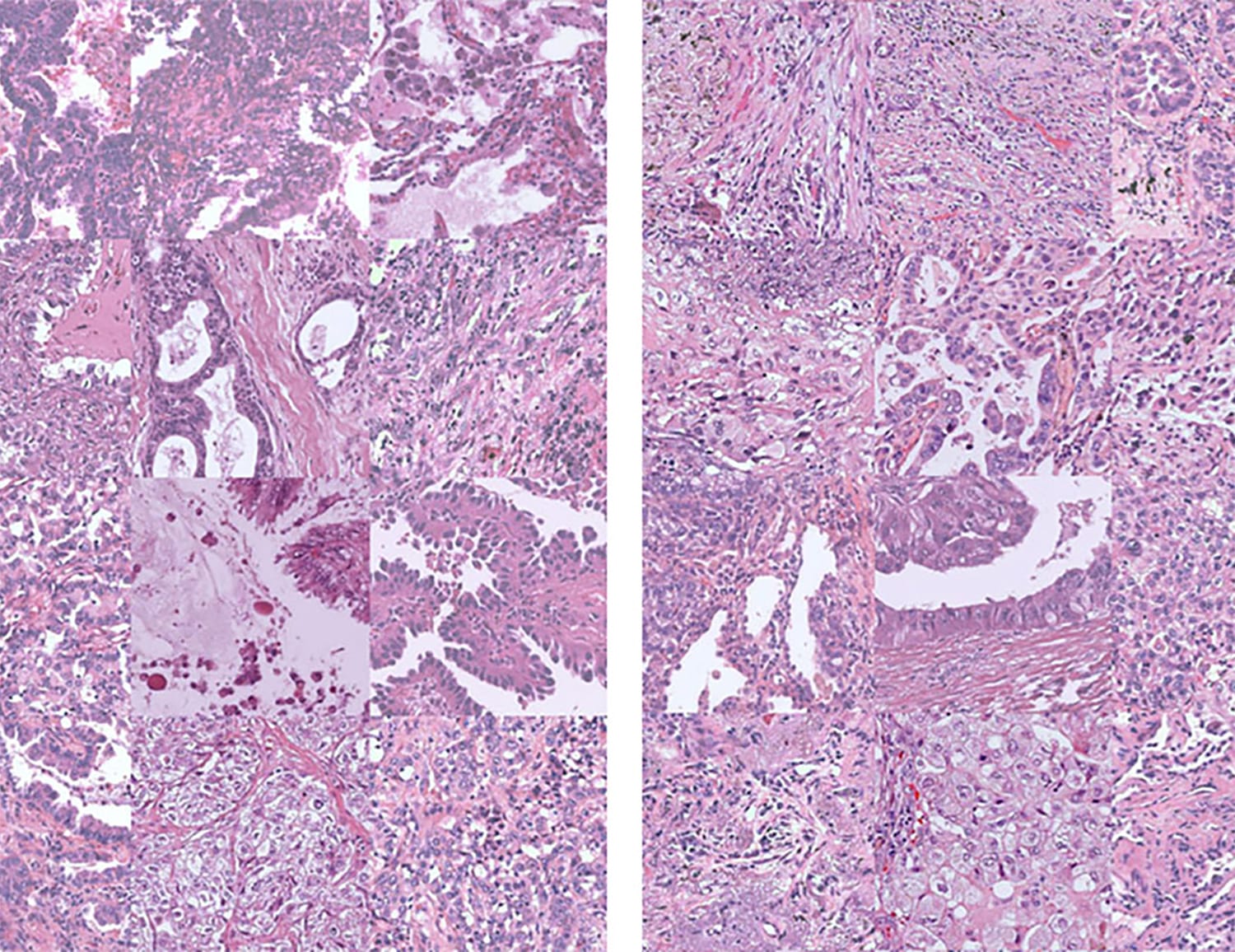 Deep learning algorithms can detect signs of genomic alterations in images of tumor tissue. At right is lung adenocarcinoma tissue that is most likely to have alterations in the p53 gene, and at left is tissue where p53 is least likely to be mutated. Image by James Dolezal and Alexander T. Pearson

CANCER IS TYPICALLY diagnosed by a pathologist, who analyzes the appearance of tumor tissue on a glass slide. Molecular testing of a tumor can uncover further details, like whether a patient might benefit from targeted therapy. However, molecular testing can be costly, and results can take days to weeks to arrive.

To improve cancer diagnosis and treatment, scientists are turning to deep learning, an artificial intelligence technique that can process pixels in images to identify hidden patterns.

In two studies published in the August 2020 Nature Cancer, separate groups of scientists each developed a deep learning algorithm using digital images of tissue slides from The Cancer Genome Atlas, which contains data on tumor and healthy tissue samples from more than 11,000 patients with a variety of cancer types.

Both studies showed that deep learning can be used to identify clinically relevant genomic alterations, such as EGFR mutations in lung cancer, based on subtle changes in tumor appearance. In one study, the algorithm could also predict prognosis for many cancers.

A deep learning algorithm would not replace pathologists, who would still analyze slides to make an initial cancer diagnosis, explains Alexander Pearson, a medical oncologist at University of Chicago Medicine who co-led one of the studies. Once a slide was prepared, a digital image would be analyzed using the algorithm, which within minutes would produce a list of genomic alterations that could inform treatment decisions or guide molecular testing.

However, these deep learning algorithms must be studied further before they can be used reliably, says Moritz Gerstung, who led the other study and is a data scientist at the European Bioinformatics Institute, part of the European Molecular Biology Laboratory, in Hinxton, England. Tumor samples from people of different demographic backgrounds and with a variety of cancer types need to be analyzed to be sure the algorithm works consistently.