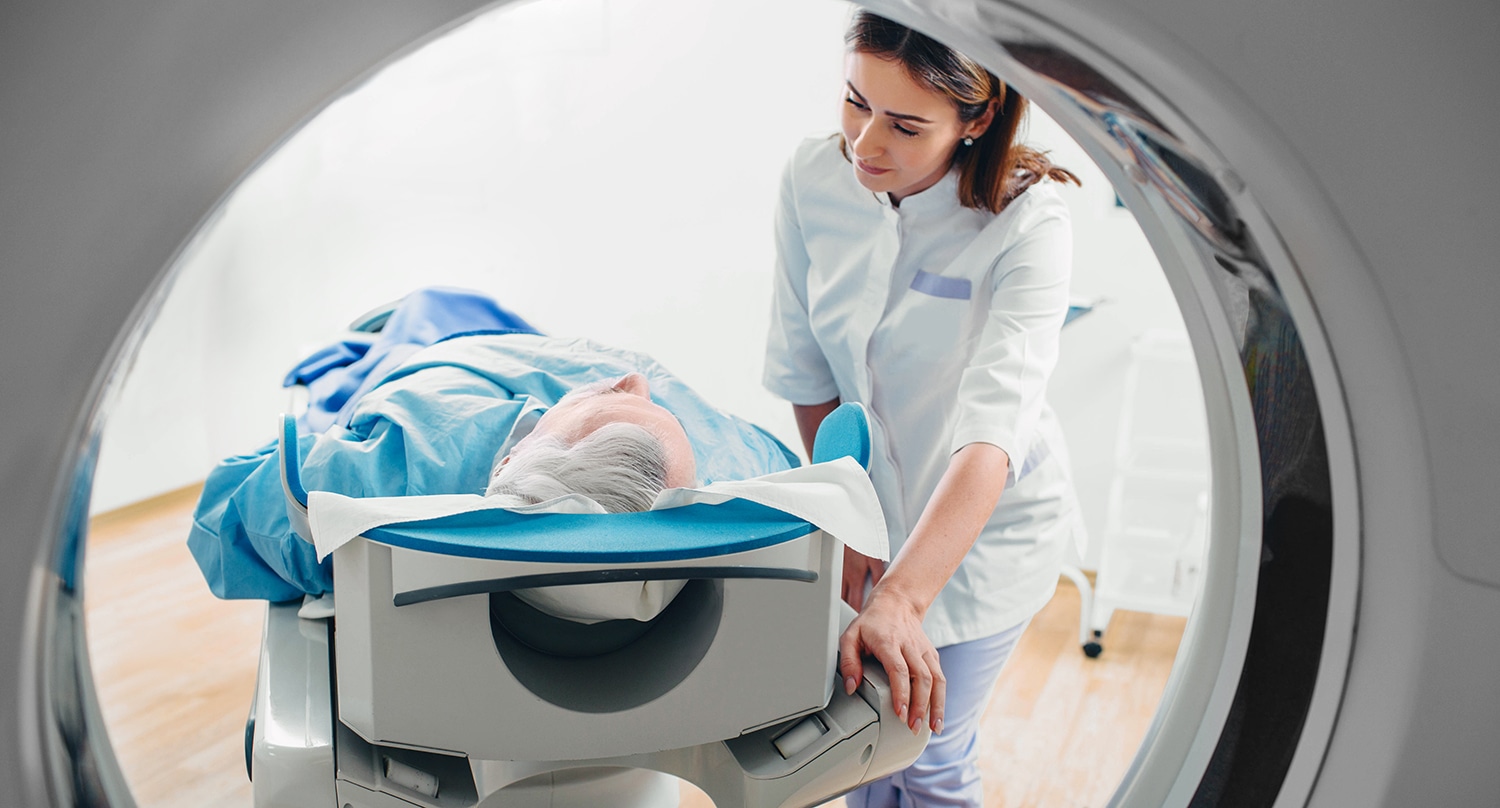 WHEN THE U.S. PREVENTIVE SERVICES TASK FORCE offered its first-ever recommendation for lung cancer screening in 2013, it was big news. The studies the Task Force based its recommendation on had found screening could reduce lung cancer deaths by 20%. But the initial impact of the screening recommendations, which call for annual low-dose CT scans for high-risk individuals, was small.

The need for increased screening is especially great in rural areas. Rates of smoking and cancer diagnoses are higher in rural areas than they are in urban areas. Rural areas also have higher rates of late-stage lung cancer diagnoses. A study in the April 2019 Journal of the American College of Radiology highlights two of the potential challenges rural individuals face if they are interested in screening: geographic access to a low-dose CT scan screening program and a lack of providers trained to discuss the risks and benefits of screening.

The study, led by Jan Eberth, an epidemiologist at the University of South Carolina in Columbia, found that although rural residents make up 15% of the U.S. population, they account for 23% of the population eligible for screening. In addition, the decision aids used to help providers discuss the benefits and risks of lung cancer screening were tested at hospitals in urban areas, and it’s not known how effective these tools will be in rural populations.

Wiley D. Jenkins, an epidemiologist at the Southern Illinois University School of Medicine in Springfield, notes that none of the 33 screening sites that were part of the National Lung Cancer Screening Trial, which showed low-dose CT screening could reduce lung cancer deaths, specifically enrolled people from rural areas. “Traditionally, rural communities are underrepresented in clinical trials,” says Jenkins. “Logistically, if you need to do a trial that needs to have a large number of individuals, it is easier to recruit [people] at a major medical center, and most of these are in metropolitan areas.” But at the same time, he adds, it means the specific educational or cultural barriers to screening in rural areas will not be represented in the findings. “It’s not that [screening] would be clinically less effective,” he says. “It’s how it is implemented that may need to be different.”

Among rural states, Kentucky faces one of the biggest challenges in overcoming tobacco addiction. About 25% of the residents of Kentucky smoke. For those who make $25,000 a year or less or who have less than a high school education, the rate surpasses 40%. The average rate in the U.S. is 17%. Kentucky also has the highest rate of annual lung cancer diagnoses in the country.

Timothy Mullett, a thoracic surgeon at the University of Kentucky Markey Cancer Center in Lexington, is the co-leader of the prevention and early detection component of Kentucky LEADS (Lung Cancer. Education. Awareness. Detection. Survivorship.) Collaborative. The program, launched in January 2019 at 10 sites throughout the state, promotes a comprehensive approach to lung cancer screening that “addresses screening’s effectiveness and the factors that impact it,” says Mullett. This includes “the stigma associated with smoking and the fatalism patients often feel because they’ve seen family members who had lung cancer and died.” The goal is to get health care providers to talk to their patients about the risks and benefits of screening, as well as to create an empathic environment conducive to discussions about quitting.

“We are not going to have many survivors of lung cancer unless we are effective at implementing lung cancer screening, because that is the single most impactful element of lung cancer care that we can bring forward,” says Mullett. “Screening can identify lung cancer patients at an earlier stage, which outweighs any treatment opportunities we have.”