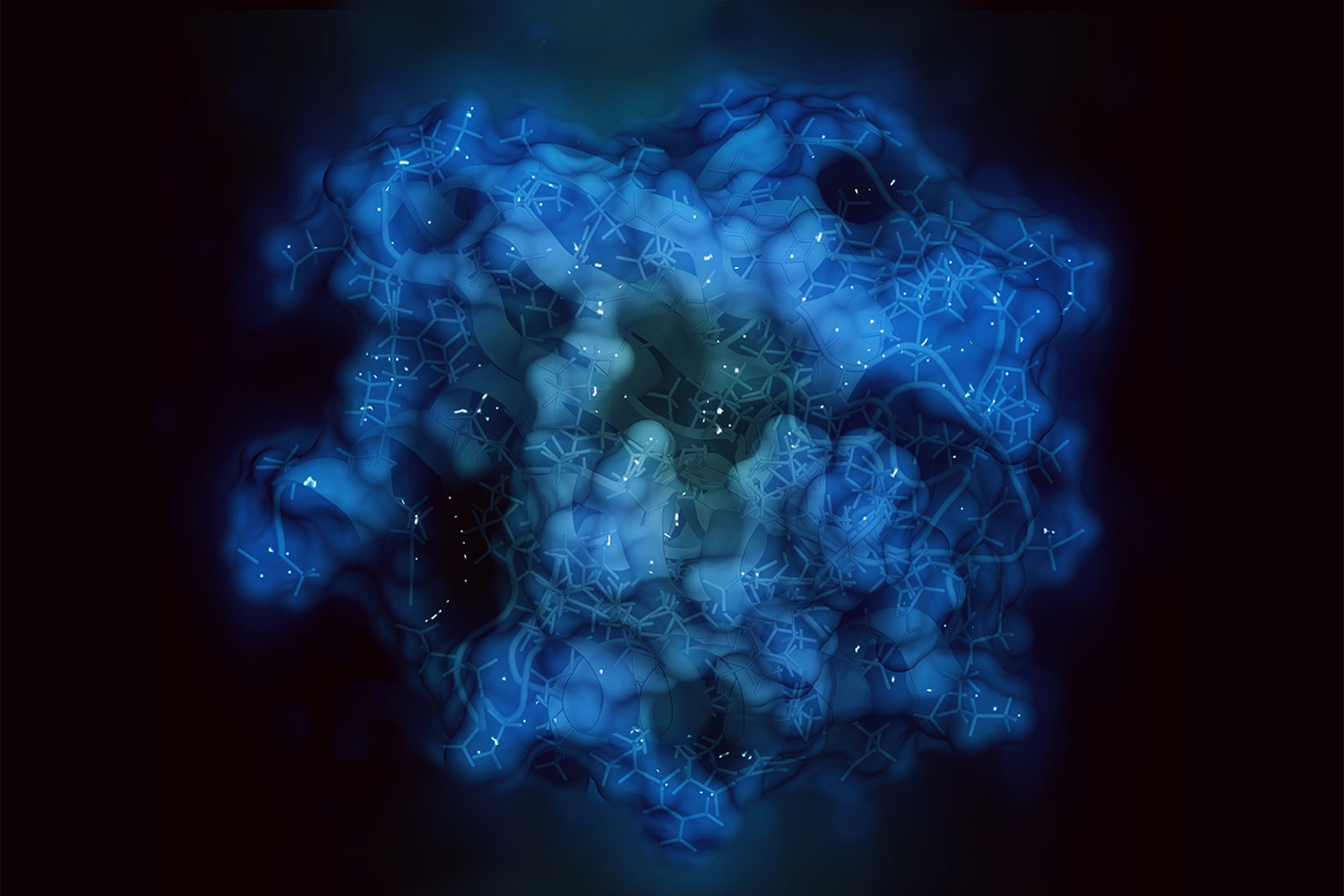 THE FOOD AND DRUG ADMINISTRATION has approved Lumakras (sotorasib) for treatment of adult patients with non-small cell lung cancer (NSCLC) who have received at least one prior systemic therapy, and whose tumors bear a genetic mutation known as KRAS G12C. The KRAS gene makes a protein that instructs cells either to grow and divide or to execute a specific function. A mutation in this gene can cause cells to grow rapidly or uncontrollably, which can result in cancerous growth.

In June 2021, results from a phase II clinical trial studying the efficacy of Lumakras in patients with locally advanced and metastatic NSCLC showed that tumors from 81% of the participants had either begun shrinking or had at least stopped growing. A total of 126 patients with NSCLC who had previously received first-line treatments, such as chemotherapy or immunotherapy, were enrolled in the trial. Of those, 124 had scans showing tumors that could be measured to calculate response rates. After treatment with Lumakras, a little over a third of patients showed major tumor shrinkage: 33% showed a partial response and 3.2% showed a complete response.

“These are pretty promising and encouraging results,” says Bob Li, a medical oncologist at Memorial Sloan Kettering Cancer Center (MSKCC) in New York City and principal investigator of the trial. The most common side effects of treatment were diarrhea, nausea, fatigue, joint pain and elevated enzymes. These were experienced by between 20% and 50% of patients. Reducing the dose resolved or improved some of those complications.

Li says researchers used to believe that the KRAS gene was always in an active state. One of the challenges in producing a successful gene therapy to target KRAS is the lack of a drug binding site on the protein in its active state. A paper published November 2013 in Nature asserted that KRAS does have both an “on” and an “off” state. “It prefers to be active, but it has periods where it oscillates into the inactive state,” says Li. “When that happens, a little cleft or pocket forms around the region of that protein. When that pocket opens, it renders the perfect opportunity for drug binding.”

In another study, published February 2016 in Science, Li’s colleagues Piro Lito and Neal Rosen, also of MSKCC, found that a certain compound can bind into that pocket, trapping the KRAS G12C gene in the “off” state. The cancer cell stops receiving the signal to grow and dies. This mechanism is the basis for KRAS inhibitors.

“This is a welcome break because these patients are running out of options and have traditionally been labeled as having a bad prognosis because of the KRAS mutation,” Li says. “Now they have a better option for a second-line treatment in the form of a drug they can take once a day.”

During the summer of 2016, Terri Conneran of Charlotte, North Carolina, was experiencing asthma symptoms that she believed were caused by seasonal allergies. Her doctor prescribed an asthma medication in August, but the problems persisted through the end of the year. A subsequent chest X-ray helped diagnose pneumonia, but further scans also highlighted a tumor, which led her doctors to conclude that the real source of her condition was NSCLC. Conneran began attending cancer support groups, where she noticed people separating into groups based on the biomarkers related to their cancer.

“I felt left out because it’s kind of your social circle, where you’re taking similar drugs and have similar symptoms. I asked my doctor what my biomarkers were and was told I probably didn’t have any,” says Conneran, who has no evidence of disease today. “But I had several recurrences and after one very harsh one, I got a second opinion, and three years after my initial diagnosis, I found out I had the KRAS mutation.”

A clinical trial seeks to compare Lumakras against the standard of care.

A phase III trial called CodeBreak 200 is ongoing and will compare Lumakras (sotorasib) with Taxotere (docetaxel), the current standard for second-line treatment of patients with non-small cell lung cancer (NSCLC) whose tumors have the genetic mutation KRAS G12C. Taxotere was approved as a second-line treatment for NSCLC in 1999, but there are hopes that Lumakras may prove to be more effective. “Your health care provider can use either, but given the weight of the evidence, I would certainly prescribe sotorasib to my patients as a second-line treatment,” says Bob Li, a medical oncologist at Memorial Sloan Kettering Cancer Center in New York City.

Armed with new information, she sought out KRAS patient organizations, but to her surprise, she found none. That led her to establish an organization called KRAS Kickers in January 2020, with the intention of bringing patients and doctors together to help make connections and foster research.

Conneran does not have the G12C mutation that Lumakras treats, but she sees this news as a glimmer of hope for all KRAS patients. “[In the past,] you find out that you have KRAS, go online and see that you’re undruggable,” Conneran says. “Now, we have this breakthrough designation, and you know more treatments are on the horizon. The research has been leading up to this, and we need to continue to build on it.”

Several targeted drugs were approved in 2020 to treat the most common type of lung cancer.