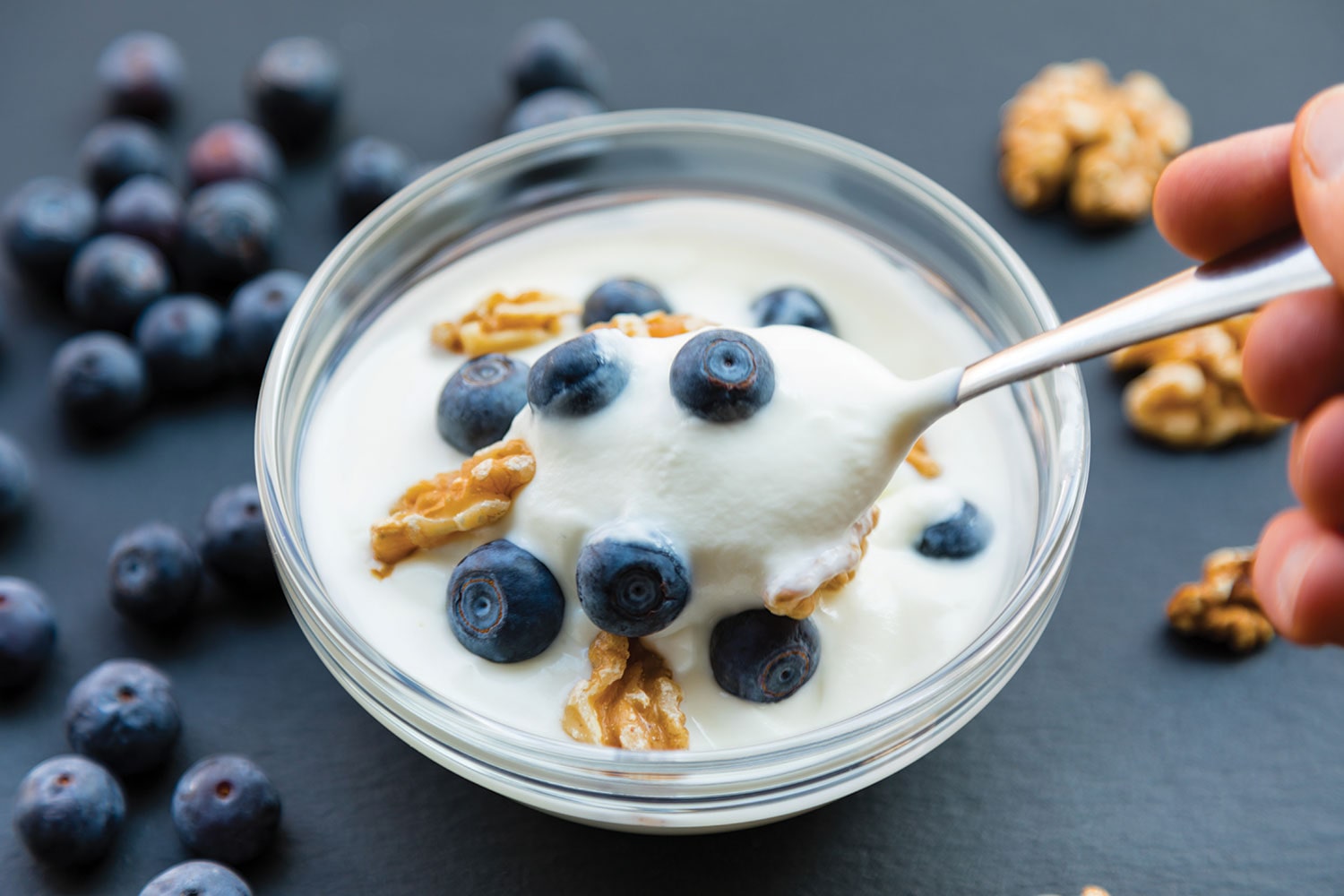 WHEN YOU’RE EXHAUSTED FROM CHEMOTHERAPY, the daily task of preparing three square meals—or even just dinner—may seem like an insurmountable hurdle. But maintaining a good diet is essential during treatment.

Fortunately, there are ways to eat well without putting in too much effort. Stacy Kennedy, a senior nutritionist and board-certified specialist in oncology nutrition at Dana-Farber Cancer Institute in Boston, recommends eating multiple small meals throughout the day rather than three large ones. Snacks like a piece of fruit or a single-serving container of Greek yogurt require minimal preparation, she notes. Smaller portions of food also boost energy throughout the day, Kennedy says, helping combat the fatigue that makes cooking difficult.

Though many frozen dinners are high in sodium, they’re not all unhealthy, says Stacy Kennedy, a senior nutritionist and board-certified specialist in oncology nutrition at Dana-Farber Cancer Institute in Boston.

“You can find quick options that are almost as good as a home-cooked meal,” she says. “Those are the [options] that we want people to embrace, not feel guilty about.” Here are some attributes Kennedy looks for in frozen meals:

To cut some prep work from complex recipes, Kennedy proposes using prepared and precooked ingredients when possible. For example, you could buy a rotisserie chicken to use in a chicken dish rather than cook one yourself. Canned tuna, frozen shrimp and precut veggies can serve a similar purpose.

Use a store-bought rotisserie chicken to remove prep work from this nutritious salad.

Drizzle dressing over fruit and chicken mixture and toss gently to coat. Serve over lettuce leaves and dust with cinnamon.

No matter how well stocked your pantry and fridge are, there will likely be times when you just want to throw a frozen dinner in the microwave, and Kennedy wants patients to know that’s OK. “In the big picture, long term, eating freshly cooked meals is absolutely great,” she says, “but I really want patients to give themselves permission to take what other people would call shortcuts to get fed and nourished, because ultimately that’s the most important thing.”