Q&A with oncologist Howard Kaufman on the new gene-editing tool.

CRISPR (Clustered Regularly Interspaced Short Palindromic Repeats) has been making headlines in recent months. What is it and why is it important? 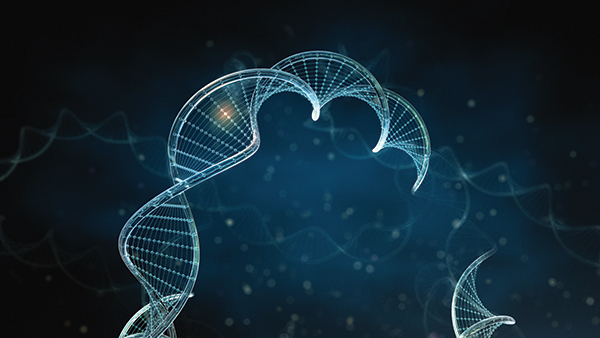 CRISPR was discovered in 1987 when Japanese researchers studying a gene inside a common bacterium, Escherichia coli, noted an anomaly: a series of 29 nucleotides that were repeated sporadically throughout the bacteria’s genome. Later, another group of scientists realized that bacteria use this genetic anomaly to dispatch proteins that can chop up the genes of an invading virus. More recently, scientists figured out that they could use the same system to either insert or delete specific genes in humans.

Now scientists are ready to see whether CRISPR can be used to treat cancer. In October 2016, researchers in China became the first to use CRISPR in humans. In the U.S., researchers at the University of Pennsylvania in Philadelphia hope to soon launch a trial that will use CRISPR to treat a variety of cancers in 18 patients.

Cancer Today spoke with Howard Kaufman, a surgical oncologist at Rutgers Cancer Institute of New Jersey in New Brunswick, about how CRISPR is being used to study cancer cells and develop new cancer treatments.

Q: What is CRISPR and what does it do?
A: CRISPR is a technology that makes it possible to delete a single gene from a strand of DNA. By deleting a gene, scientists can more fully understand what that gene does.

Q: How can CRISPR be used to treat cancer?
A: We know that cancer is a genetic disease and the genes that produce it come in two flavors. There are oncogenes, which are abnormally functioning genes that can cause a tumor to develop. Then, there are tumor suppressor genes, which we need to keep the cells safe. For some reason, these genes have stopped working the way they should in cancer cells. It may be possible to use CRISPR to replace these genes with working copies, or to edit them so that cancer cells stop growing and spreading.

Q: Can this work for all types of cancers?
A: Assuming that everything works the way we think it will, one could envision using CRISPR in any type of cancer.

Q: What is the purpose of the University of Pennsylvania trial?
A: They’re going to take T cells out of patients. These are the body’s immune cells that attack tumors. The researchers will use CRISPR to delete three specific genes from the T cells in order to make them more active. Then they will put these more active T cells back into the patient. Keep in mind, though, that this is a pilot study, with the goal of exploring the safety, and to some extent the effectiveness, of this approach.

Q: What are the safety concerns?
A: The question is whether CRISPR would impact other cells. It’s possible, for example, that the edited T cells could drive an excessive autoimmune response. If this occurred, it could result in conditions such as fatigue, skin rash and colitis. It is also possible CRISPR could snip the wrong gene. We don’t really know what effects that would produce. Nothing could happen, or a patient could develop serious problems like organ dysfunction.

Q: Will we see more CRISPR trials?
A: I think we’re just at the cusp of numerous future studies. If the Penn study goes well, it will certainly open the door.

Q: What should patients know about CRISPR?
A: It’s a new technology with a lot of unknowns. It might be very effective, but it might not. So, it’s important for patients to discuss this technology with their physicians and really try to get as much information as they can to make sound decisions about enrolling in clinical trials. It’s always a balance in medicine of weighing the potential benefits and the potential risks.

Q: Aside from being used directly as a cancer treatment, how are researchers using CRISPR to study cancer?
A: It’s quickly becoming a favorite tool to remove genes from cancer cells in the lab. Taking out the genes allows scientists to learn more about how a particular molecular pathway within a cell is helping a tumor grow. They can also study whether blocking the activity of a certain gene slows cancer growth. No one knows yet, though, whether it would work as a treatment in humans.

Q: Overall, what is your level of excitement for the future of this technology?
A: I’m pretty excited about it. It’s new, so it should be approached with cautious optimism. Part of the issue is going to be whether it’s really possible to make sure the procedure only affects cancer cells. Right now, I’m not sure about that. But if we can, this could be a significant advance.