Putting the Immune System in Overdrive 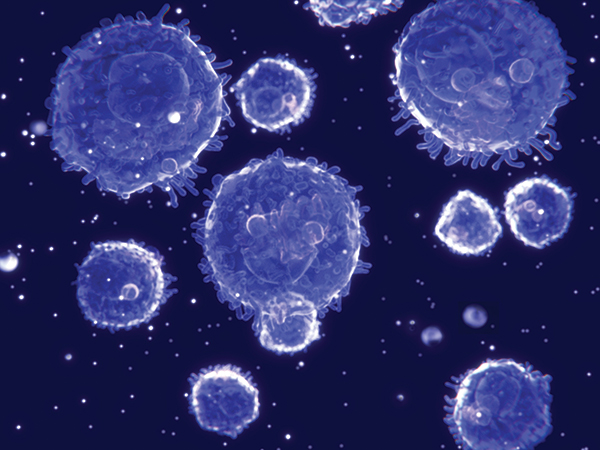 In March 2016, former President Jimmy Carter announced he no longer required treatment for malignant melanoma, an aggressive form of cancer that usually starts in the skin. The cancer that had spread to his liver was removed surgically. The four metastatic spots found in his brain were treated with radiation. Carter, now 91, also received Keytruda (pembrolizumab), an immunotherapy drug called a checkpoint inhibitor.

The U.S. Food and Drug Administration has approved three checkpoint inhibitors. These drugs, along with other types of immunotherapy, are currently being studied in a variety of cancer types. They’ve also attracted attention because of their price: Keytruda retails for about $12,500 a month. The amount patients will pay out of pocket varies according to their insurance coverage.

Cancer Today spoke with Patrick Ott, clinical director of the Melanoma Center and the Center for Immuno-Oncology at the Dana-Farber Cancer Institute in Boston, about the excitement over immunotherapy among many cancer researchers and the role Keytruda played in Carter’s treatment.

Q: What is immunotherapy?
A: Immunotherapy is a means of manipulating the body’s own immune response to treat the cancer. The concept of immunotherapy has been around for decades. The immunotherapy Mr. Carter received is part of a new class of drugs called checkpoint inhibitors. These drugs work much better than any other immunotherapy that’s been tried before.

Q: How do checkpoint inhibitors work?
A: They are [drugs] that target molecules, such as CTLA-4 and PD-1. These molecules act as brakes on T cells, which are the workhorses of the immune system. The checkpoint inhibitor takes the brakes off so that the T cells can go after cancer cells.

Q: Why are oncologists excited about the PD-1 inhibitors?
A: In many cancers, they have a lot higher single-agent activity [than immunotherapies previously studied], meaning that if you give the PD-1 inhibitor—and not anything else like radiation or chemotherapy—it has a pretty high chance of working in some cancers. They also have been found to work in cancers that were previously thought of as not responsive to immunotherapy, such as lung cancer.

Q: What did you think when you heard reports that Mr. Carter was “cancer-free” after being given Keytruda?
A: I thought this might be an overstatement because he also received radiation and surgery, and it’s possible it was these two treatments that controlled everything. Without longer follow-up, we just don’t know how much of an impact the immunotherapy had. If his cancer is still under control in three years, it’s more likely that the immunotherapy helped him.

Q: Is immunotherapy always effective?
A: In melanoma, checkpoint inhibitors can be effective in as many as 60 percent of patients. In Hodgkin lymphoma, the response rate is 70 to 80 percent, while in lung cancer the rate is close to 20 percent. It really depends on the cancer type.

Q: Why do only some cancers respond?
A: There are many hypotheses. It may be due to pre-existing immune response in some tumors, or it may be because some tumors have more of the target of PD-1 inhibition. It could also be due to what we call mutational load. Some tumors have a lot of mutations, and studies have found these tumors respond better to a checkpoint inhibitor.

Q: What else determines the effectiveness of an immunotherapy?
A: There are other factors, called biomarkers, which can help determine the likelihood that a cancer will respond to a treatment. For example, Keytruda has also been approved for [non-small cell] lung cancer in patients with PD-L1-positive tumors. If the lung tumor has the PD-L1 marker, there is a higher chance it will respond to the treatment.

Q: Are there any notable side effects related to immunotherapy?
A: There are a whole slew of side effects, which are a reflection of the immune system being activated. They include rashes, diarrhea and inflammation of various organs such as the lungs or liver. Typically we treat these side effects with corticosteroids. Sometimes we need stronger immunosuppressive drugs. For most patients, these treatments do the trick.

Q: What message would you give patients and their families about immunotherapy?
A: The enthusiasm for immunotherapy is justified, but patients should not view it as a treatment or cure for everybody. We look at the successes so far as proof that methods for boosting the immune system can be very effective for cancer, and we are very optimistic that we can make the initial successes even better.