Review increases number from five to 13.

Fourteen years ago, a panel of experts convened by the World Health Organization’s International Agency for Research on Cancer (IARC) determined there was sufficient evidence to say excess weight increased a person’s risk for five cancer types. Now, an updated report produced by a new panel assembled by the IARC in April 2016 adds eight cancers to the list, upping the total to 13.

The five types initially linked to excess weight were colon cancer, uterine cancer and certain types of esophageal and kidney cancer, as well as breast cancer in postmenopausal women. The updated report replaces colon with colorectal cancer and adds cancer of the liver, gallbladder, pancreas, thyroid and ovaries. Also new to the list are gastric cardia, a type of stomach cancer; meningioma, a type of brain tumor; and multiple myeloma, a form of blood cancer. 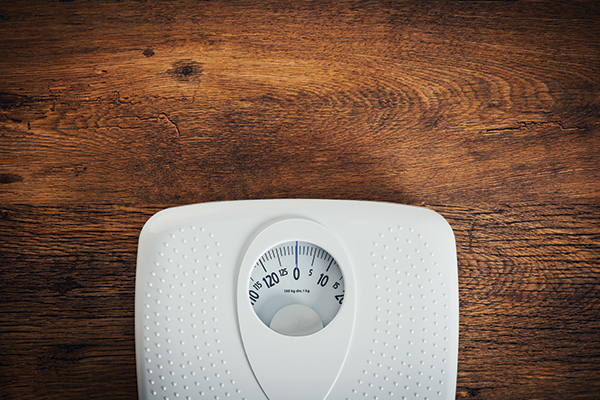 “This re-evaluation [of the evidence] reinforces the importance of keeping a lean body mass in reducing the risk of cancer,” says Béatrice Lauby-Secretan, an IARC scientist in Lyon, France, who studies substances that can cause cancer in humans. A summary of the reassessment appears in the Aug. 25, 2016, New England Journal of Medicine.

The new panel identified more than 1,000 studies that looked at weight and cancer risk. Most of the studies the researchers reviewed were observational studies that evaluated risk for specific types of cancer in people according to their body mass index (BMI). A BMI of 25 or more generally classifies a person as overweight; a BMI of 30 or more categorizes someone as obese. A BMI from 18.5 to 24.9 is considered normal. Based on BMI, more than two-thirds of Americans are overweight or obese.

In general, observational studies cannot confirm a direct cause and effect between excess weight and increased cancer risk. However, Lauby-Secretan says, “if you have enough observational studies with a strong design, a large sample size, and a rigorous analysis of data, it can be sufficient to establish a link.” The link between obesity and cancer risk also is supported by research that has shown obesity can cause hormonal changes and chronic inflammation, which, in turn, can increase risk for certain cancers. This research was not included in the IARC analysis.

The link between excess weight and cancer might sound like bad news for the many people struggling to shed pounds. But Alice Bender, a registered dietitian and head of nutrition programs at the American Institute for Cancer Research in Washington, D.C., says she sees the connection between body fat and cancer as a potential source of empowerment.

“I think a lot of people feel like there’s just nothing they can do about cancer—it’s either going to happen or it’s not,” Bender says. The findings are a reminder that steps to reach or maintain a healthy weight, like getting active and eating a healthy diet, tough as they might be, don’t just make us feel better. They also “put [us] in a position where [we] have less risk for cancer.”