Should the Age to Buy Cigarettes Be 21?

Since 1992, federal law has required states to enact laws that prevent youth under age 18 from buying tobacco. In some areas it’s already more difficult for young adults to purchase tobacco products. As of December 2015, more than 100 towns, cities and counties, as well as one state, Hawaii, had passed laws prohibiting the sale of tobacco products to anyone under 21—and more efforts are underway. Similar laws are being considered in other areas of the country, including the state of California.

Spurred by these new laws, Brian King, deputy director for research translation, Office on Smoking and Health, Centers for Disease Control and Prevention (CDC), and three of his colleagues, surveyed more than 4,200 Americans for their thoughts on raising the minimum age for purchasing tobacco to 21. The results, published in the October 2015 issue of the American Journal of Preventive Medicine, revealed that three out of four adults surveyed—including seven in 10 current cigarette smokers—favor the policy change. Support was slightly higher among older adults and adults who have never smoked.

Cancer Today spoke with King about increasing the minimum age of sale for tobacco products to 21 and the potential health benefits of doing so. 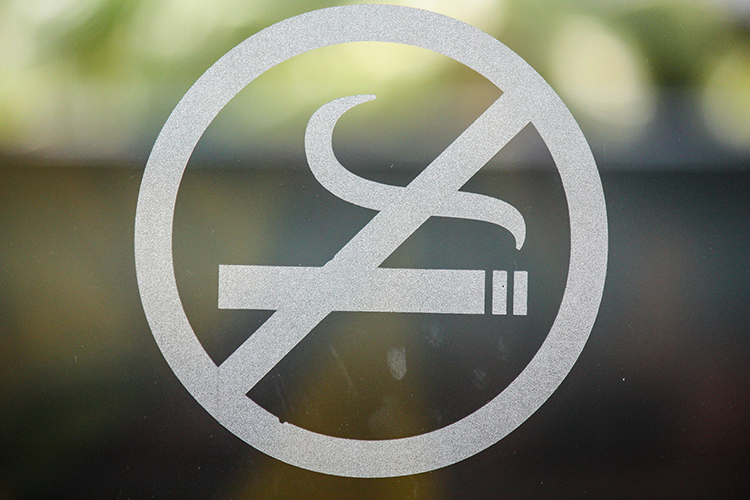 Q: What is the current prevalence of youth smoking in the U.S.?
A: About 10 percent of U.S. high school students currently smoke cigarettes. Although we’ve seen steady declines over the past few years in the prevalence of cigarette smoking, and cigar smoking as well, we’ve seen considerable increases in the use of emerging tobacco products among youth, in particular hookah and e-cigarette use.

Q: Who sets the minimum age of sale?
A: The U.S. Food and Drug Administration was given the authority to regulate tobacco in 2009, but it is prohibited from raising the age of sale for tobacco beyond 18. Individual states and localities are left with this authority. To raise the smoking age nationally would require federal legislation.

Q: Why would it be important to bump up the minimum age from 18 to 21?
A: We know that more than 90 percent of adult cigarette smokers started smoking before the age of 18, and 96 percent first started smoking by age 21. If you can prevent youth from starting to smoke, you can potentially prevent another generation of nicotine-addicted adults.

Q: Are young adults more likely to become addicted?
A: Yes. Youth and young adults are more susceptible to the addictive nature of nicotine. Nicotine also has many adverse effects on the developing brain of adolescents and young adults. Unfortunately, among the young adult demographic, we’ve recently seen an increase in the number of individuals who have newly initiated cigarette smoking. This is particularly concerning.

Q: What has driven the recent increase in smoking initiation among young adults?
A: There are a variety of factors. Many states do not have comprehensive smoke-free policies. Several states also have very low cigarette taxes. They range from $0.17 a pack in Missouri to $4.35 in New York. And it [should come as] no surprise that smoking rates are generally lower in states with higher taxes. Then there’s the tobacco industry, which is spending over $1 million per hour in this country to promote its products.

Q: Do people view e-cigarettes as safer?
A: Emerging data indicate that many people are not aware of the potential harm of e-cigarettes, particularly the aerosol emitted by these products, to both the user and to bystanders. Studies show water vapor contains potentially harmful constituents, such as nicotine, ultrafine particulates, volatile organic compounds and heavy metals.

Q: What are the implications of the survey?
A: Public attitudes toward tobacco control interventions can help inform public health policy, planning and practice. These findings demonstrate that a considerable majority of U.S. adults favor raising the minimum tobacco age of sale to 21.

Q: What other policies are important for keeping cigarettes out of the hands of young adults?
A: Increasing the tobacco price is the single most effective intervention for reducing consumption, particularly among youth. Also, implementing comprehensive smoke-free laws that prohibit smoking in indoor public areas. Hard-hitting mass media campaigns about the dangers of tobacco use are also effective.

Q: What would you say to a young adult who is considering using tobacco products?
A: Don’t start. Cigarettes alone are responsible for 480,000 deaths per year [in the U.S.]. We know they’re not safe.