A Matter of Age 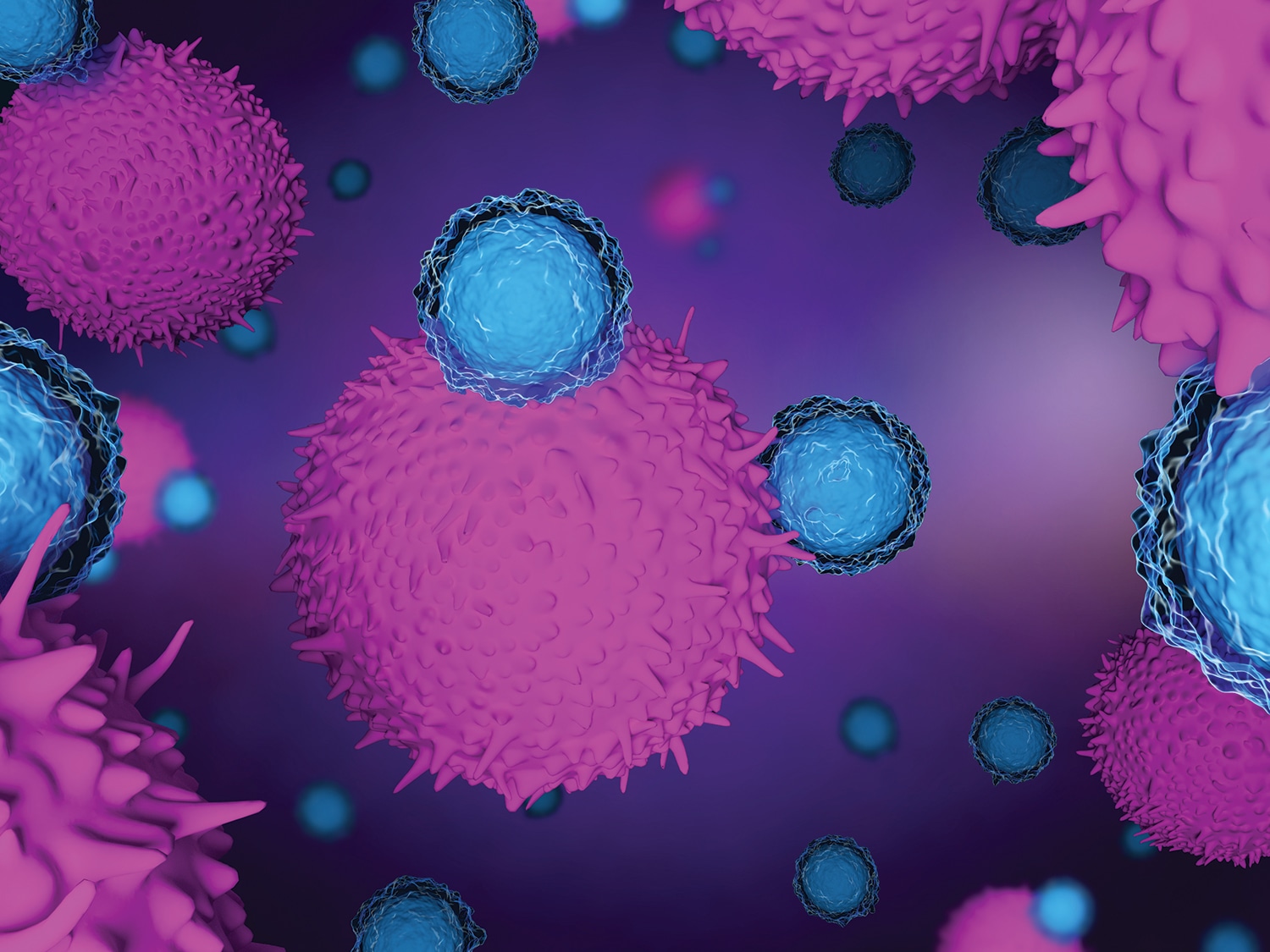 Your risk of being diagnosed with cancer increases as you get older. In part, that’s because your cells have had more time to collect the genetic errors that can cause them to begin reproducing uncontrollably. Your immune system starts working less effectively as you get older too, making it easier for cancer cells to travel around your body undetected.

Ashani Weeraratna, a cell and molecular biologist at the Wistar Institute Melanoma Research Center in Philadelphia, studies the relationship between aging and cancer. She focuses on how changes in the microenvironment—the cells and tissue near the tumor—affect how the cancer progresses and responds to treatment. One of Weeraratna’s recent studies, published in the November 2018 issue of Clinical Cancer Research, found that tumors of patients over 60 with metastatic melanoma were more likely than those of younger patients to respond over a longer period of time to the PD-1 inhibitor Keytruda (pembrolizumab), a type of immunotherapy. The reason: the microenvironment around the tumors differed between younger and older melanoma patients. Cancer Today spoke with Weeraratna about her research and why response to cancer treatment can vary by age.

Q: How does the immune system change as we get older?
A: It’s a complex system, and there are both anti- and pro-inflammatory changes. In older patients, the immune system is known to be less effective, which is why older people get the flu more easily and do not respond as well [as younger people]. There also is chronic inflammation—due to an overactive immune system—that occurs over time with aging.

Q: In what ways did older patients respond differently to Keytruda?
A: What we saw was that older patients did better in terms of their disease stabilizing and not progressing. Both younger and older patients had the same levels of complete response—where their tumor disappeared. No one is saying younger patients shouldn’t try these therapies, because the chance they will respond is still very good. But younger patients might do better on a combination therapy, rather than Keytruda alone.

Q: You studied the patients and then you studied old and young mice. Why study the mice too?
A: In the patients, we saw the different responses. But we didn’t know why. To model this, we had to go to mice and say: What is changing inside the tumor in terms of the immune cells? When we did that, we saw that there were fewer regulatory T cells—called Tregs—inside the tumors in the older mice. [Tregs help regulate other cells in the immune system.] Then we went back to the patients to see if the Tregs were different inside the tumors of older and younger patients. And they were. So, this is bedside to bench [and] back to bedside again research.

Q: Why are Tregs important?
A: Having fewer Tregs and more CD8 T cells—which are the good cells that go in and kill the tumors—created an environment around the tumor that led to a better response to immunotherapy in the older patients.

Q: Might there be a way to make the microenvironment in younger patients more similar to that of older patients?
A: That is actually one of the things we did in the mice. We changed the microenvironment by depleting the Tregs in the young mice, and we showed that they then responded as well as the old mice to the immunotherapy.

Q: What are your thoughts on studies that have found gender differences in responses to immunotherapy?
A: In melanoma there are big male/female differences in responses to targeted therapy. If we had a larger sample size, we may have seen that too. Also, I want to point out that in our study, we had data from the United Kingdom, Australia and Germany and throughout the United States. I think this speaks to the nature of the type of science we have to do. It needs to be collaborative and it really needs to be global. When you collect data from multiple institutions, you are likely to get more robust findings.

Q: Should researchers be paying more attention to how the age of patients in clinical trials could affect findings?
A: Yes. This is also true for studies done in labs. Most labs do studies in 6- to 8-week-old mice, which represent 19- to 20-year-old humans. If everyone is just using young mice, you are not really considering the impact of age, which we are showing more and more has a huge impact on tumor progression.

Q: Are you starting to see this change?
A: We are really sort of at the tip of the iceberg here. There is a glimmer of more people doing aging in cancer research. I wish it was more than just a glimmer. Our new director of the National Cancer Institute [Norman “Ned” Sharpless] is one of the pioneers in this field, so I’m hoping that will also spur more interest.