Some patients report unusual side effects after scans. 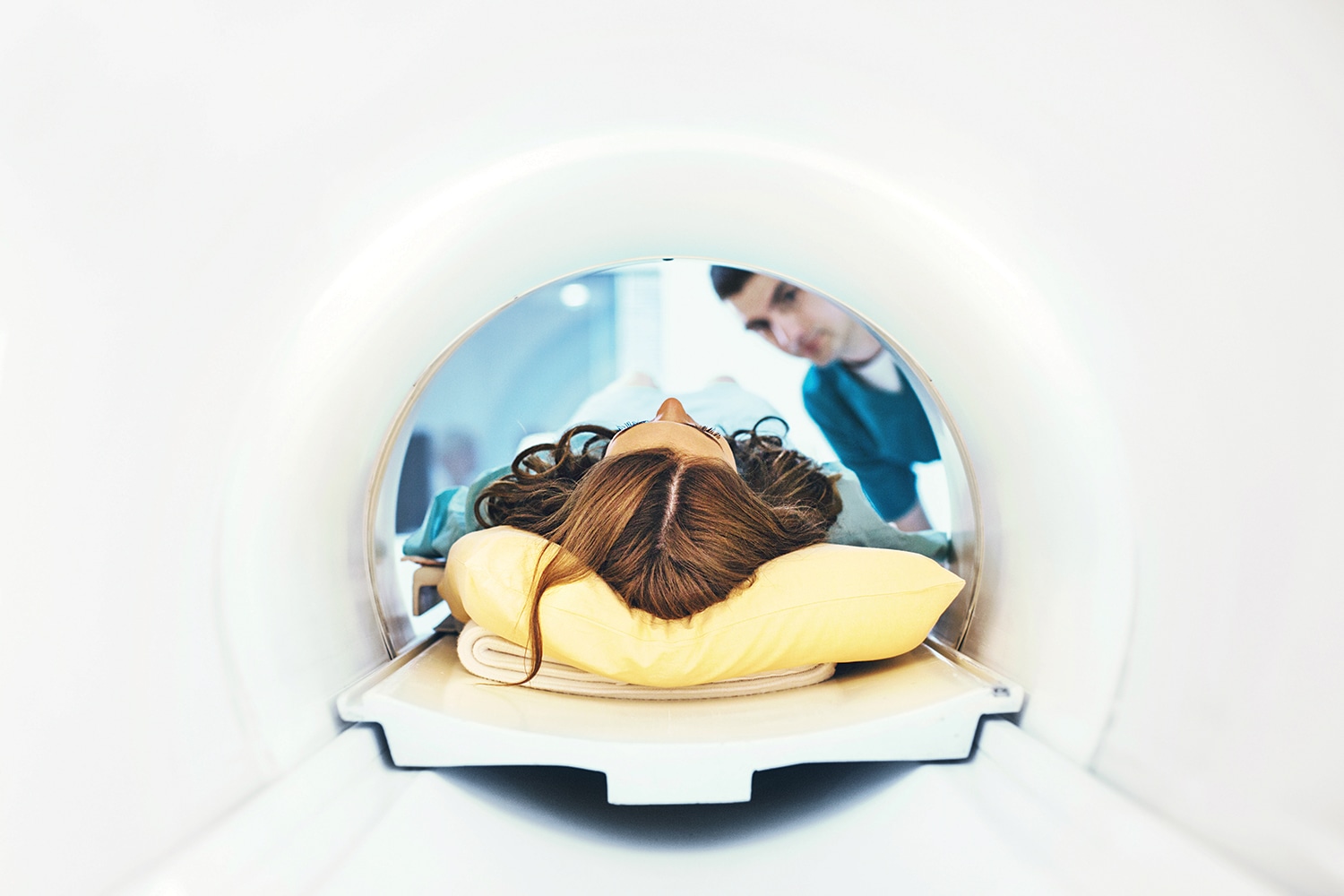 MAGNETIC RESONANCE IMAGING (MRI) SCANS have been used for nearly 40 years to find cancer or determine if and how far cancer cells have spread. Before the scan, patients may receive an intravenous injection of a contrast dye that improves the quality of the image and the accuracy of the diagnosis. For the majority of patients, the dye is believed to be safe. But in the past few years, some patients have reported new, serious side effects that they attribute to the dye.

The concerns focus on gadolinium, a rare-earth metal used in some of the most effective dyes. It is well known that it can trigger a rare, dangerous condition called nephrogenic systemic fibrosis in people with kidney disease. Gadolinium can also cause an allergic reaction. The current claims are different. The side effects patients are reporting now include joint pain, muscle fatigue and cognitive impairment that can last for years.

The gadolinium used in the dye is anchored to a molecule to create a nontoxic compound. Scientists believed that most of the gadolinium left the body along with the nontoxic compound. But then in 2013, a radiologist in Japan reported finding differences in the brain scans of people who had multiple MRIs. Tissue and autopsy reports have also confirmed that gadolinium can accumulate in the brain and other organs. The U.S. Food and Drug Administration added warning labels to the dye about gadolinium retention in 2017. The same year, the European Medicines Agency recommended against using a specific class of gadolinium that is more likely than other types to separate from the molecule it’s tied to.

No studies have linked gadolinium accumulation to the new side effects patients are reporting. Neuroradiologist Emanuel Kanal at the University of Pittsburgh Medical Center says radiologists still need to better understand how gadolinium accumulation may affect patients. “Many drugs have minuscule amounts that remain [in the body] for long periods of time,” says Kanal. “The question is, is it harmful?” Based on current available evidence, Kanal says he is more concerned about the tumors that would go undiagnosed if gadolinium-based dyes were not available.

Gadolinium-based dyes are widely used because they make it possible for radiologists to see abnormalities that would otherwise be missed, says Vikas Gulani, a radiologist at Case Western Reserve University in Cleveland. “One needs to consider the risks and benefits. If the patient needs it for their diagnosis, there may be greater harm done” in not using it, he says.

Kanal advises patients to ask whether the radiologist on their care team has determined if the dye is needed to enhance the scan. The University of Pittsburgh Medical Center, he notes, put new procedures in place more than a year ago that require all requests for gadolinium-based dyes to be reviewed by a radiologist.

Studies investigating the effect of dye accumulation in the body are now underway. Until those studies are done, says Gulani, other options should always be considered. Just like any other medical intervention, he says, “we should not be administering gadolinium if you don’t need it.”