A Champion for Prevention

Q&A with Elmer Huerta, the director of the Cancer Preventorium at MedStar Washington Hospital Center

Elmer Huerta completed medical school in 1981 at the University of San Marcos in Lima, Peru, determined to succeed as a medical oncologist. By typical measures, Huerta had reached that goal by his mid-30s. But he didn’t see it that way. Many of his patients had advanced, incurable cancers. Even more disturbing: Many of these patients had cancers that are preventable or could have been diagnosed early through screening. As he puts it, “I was doing well, but I wasn’t helping people.” 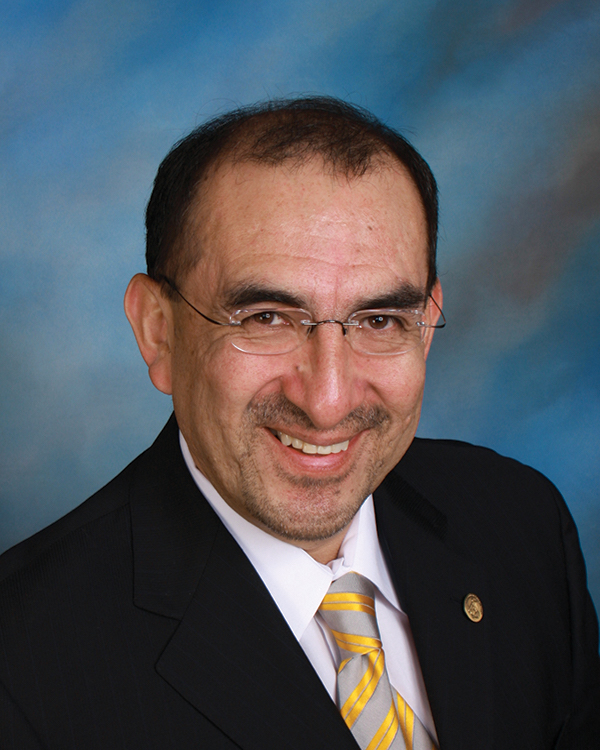 Eager to learn more about cancer prevention, Huerta entered a one-year oncology research fellowship program at the Johns Hopkins Oncology Center in Baltimore in 1987. When the program ended, Huerta went back to Peru; the following year he immigrated to the United States. Huerta returned to Baltimore, where he completed a residency in internal medicine at Saint Agnes Hospital and then earned a master’s degree in public health at Johns Hopkins. That work led to a fellowship in Cancer Prevention and Control at the National Cancer Institute (NCI) in Bethesda, Maryland.

While at the NCI, Huerta formed the initial concept for a cancer prevention clinic for Latino immigrants. The idea took root in 1994, when, after completing his fellowship, he founded the Cancer Preventorium at the Washington Cancer Institute at MedStar Washington Hospital Center in Washington, D.C. At the Preventorium, patients are counseled individually on ways to reduce cancer risk, educated about the importance of early detection and screened for cancer. Since opening its doors, the Preventorium has served close to 33,000 people.

Cancer Today spoke with Huerta about the Preventorium and his ongoing efforts to educate Spanish-speaking communities in the U.S. about cancer prevention and early detection.

Q: How did the Cancer Preventorium get started?
A: When I finished my fellowship at the NCI, Washington Hospital hired me and asked me what I would do as a cancer prevention specialist. I said, “Well, I’d like to have a low-cost clinic for the Latino community, for poor, underserved immigrants that will provide cancer prevention [services].” They weren’t sure people would come. But while I was at the NCI, I had started doing my radio show Cuidando su Salud (Taking Care of Your Health). Because of the show, I’d often get invited to different churches, and there would sometimes be 1,000 people in the auditorium to hear my talk on cancer prevention.

I’d hear stories from women who asked their doctor to do a Pap test, but were told they needed to see their ob/gyn. And at that doctor they might ask for the fecal occult blood test to screen for colorectal cancer and be told, “No, you have to go somewhere else for that.”

They wanted everything to be in one place, and I thought a place like that could be successful. Washington Hospital agreed to try it. After being open for two weeks, [the Preventorium] had six months of appointments filled. The interest of the community was so huge; we started then and haven’t stopped.

Q: What is the fee?
A: It is $175 for a new patient and $155 for a returning patient. That is a lot of money for my patients. Many are nannies or gardeners or they clean houses, so an appointment is about the cost of cleaning two houses. Also, most are immigrants and don’t have insurance, but they come because they understand prevention and early detection are important.

Q: What happens if someone is diagnosed with cancer?
A: We’ve set up a network of Latino physicians and community clinics and hospitals. I have a navigator who checks the results of every exam, and if someone has a positive test, we send them to someone in the network. My friends who are Latino doctors will do payment plans or the patient will go to a community clinic. We also have agreements with local health departments.

Q: How has your reach extended beyond Washington, D.C.?
A: Early on, it was clear to me that the media is a very powerful tool. I have been doing nationally syndicated Spanish-language shows on TV and radio on health promotion and prevention since 1989. I am also a medical contributor on CNN en EspaÃ±ol. What Dr. Gupta does in English, I do on CNN’s Spanish network.

Q: Have you been able to help people in Peru as well?
A: In 2007, I had the honor to be the national president of the American Cancer Society. They asked me what I wanted to focus on, and I said I would like to help my home country create a national cancer control program, which I had begun laying the groundwork for in 2004. … Peru’s plan, called Esperanza (Hope), started in 2012, and is the cornerstone of its national cancer control program. There are 15 preventoriums throughout the country that provide free cancer prevention and early detection.

Q: How did it feel to be honored by the White House in 2013 as a Prevention and Public Health Champion of Change?
A: Receiving that award was like a confirmation of my decision to come here and leave everything in Peru—and I left everything. My mother said, “What are you doing? Are you crazy?” My colleagues said, “You are crazy. What is cancer prevention? It doesn’t exist.” So, when I was getting the award in the White House, it made me remember the poem by Robert Frost, The Road Not Taken. I took the less-traveled road 25 years ago, and at the end that was the correct path.