A Nickel for Prevention

Smoking rates in California have declined. 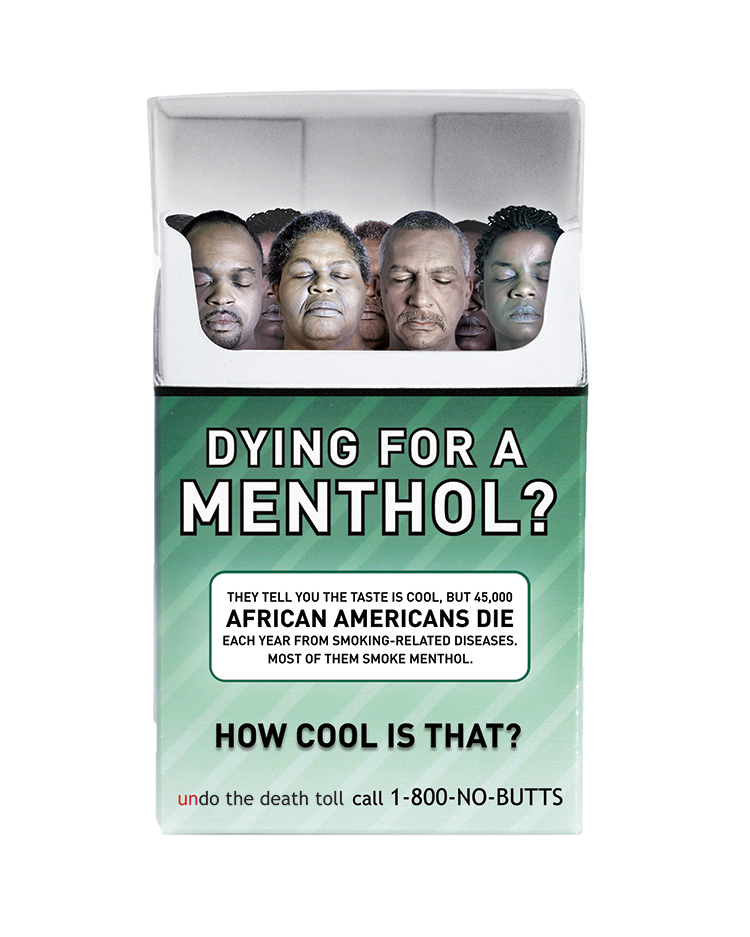 Photo courtesy of the California Department of Public Health

IN 1988, CALIFORNIA VOTERS APPROVED PROPOSITION 99, the Tobacco Tax and Health Promotion Act, raising the tax on a pack of cigarettes by 25 cents and mandating that 5 cents from each pack be used to fund anti-smoking efforts. Those nickels have added up: The California Tobacco Control Program (CTCP), established by the new law, now receives more than $100 million a year to develop anti-tobacco programs and materials, including hard-hitting media campaigns.

Statistics point toward success: California’s adult smoking rate has declined by 50 percent since 1988 and is now the second lowest in the country (after Utah’s). But not everyone is benefiting equally. African-Americans have a higher smoking rate than that of the general population, as well as the highest lung cancer death rate in California. They are also more likely to smoke menthol cigarettes—information the CTCP used to design the ad at left.