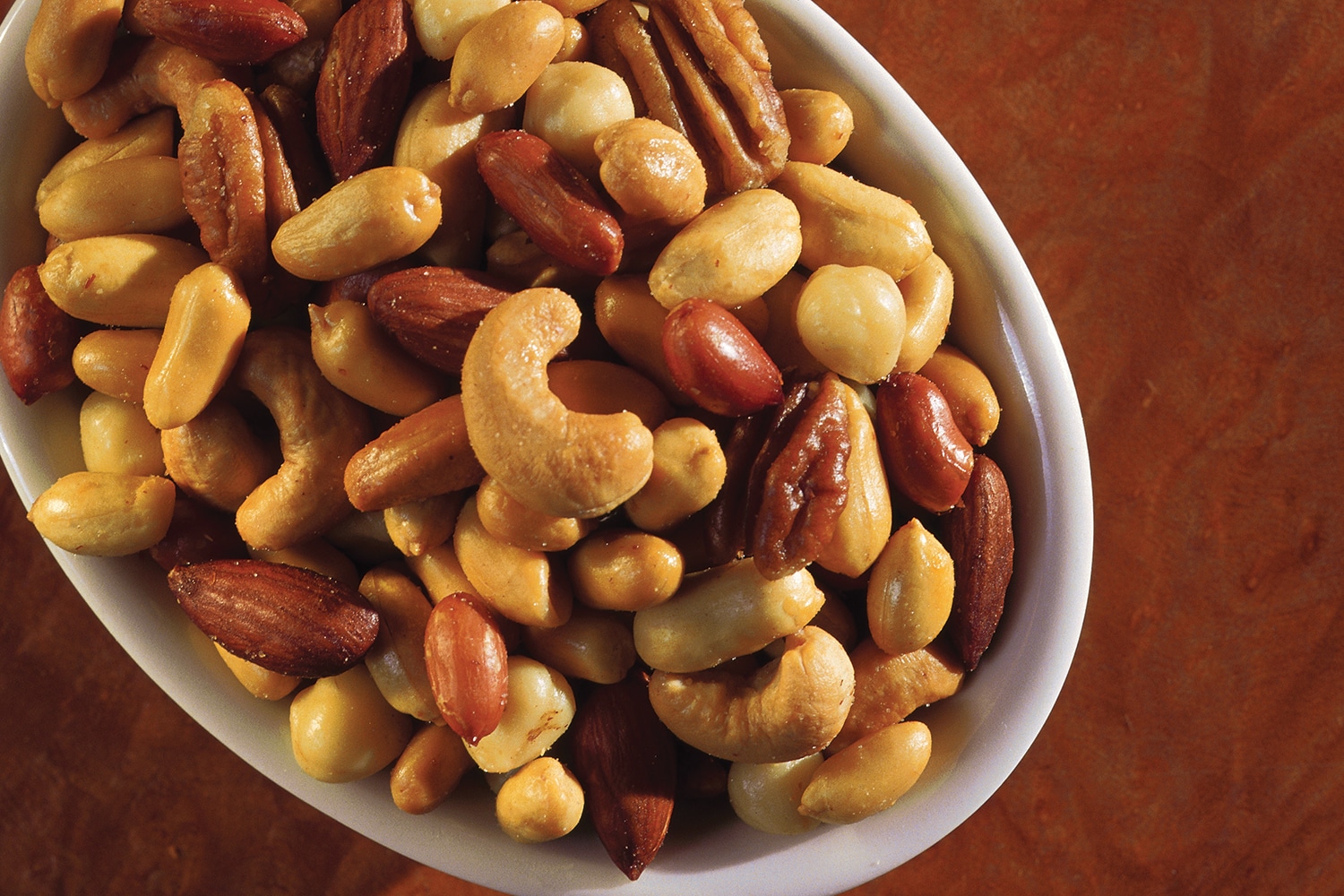 People who follow a Mediterranean diet, high in fruits, vegetables, nuts, olive oil, fish and whole grains, tend to live longer with lower rates of various illnesses, including cancer. Now researchers have singled out a mainstay in that diet that may help explain its health benefits: the nut.

A Nov. 21, 2013, New England Journal of Medicine study found that Americans who ate a daily handful of nuts, equal to a 1 ounce serving, had a 20 percent lower risk of death from any cause, and people who ate nuts at least five times per week had an 11 percent lower risk of death from cancer compared with people who didn’t eat nuts. The more nuts in a person’s diet, the lower his or her risk of death, according to the analysis of eating habits of nearly 119,000 health care professionals over 30 years.

Grind almonds, garlic and herbs in a food processor. Beat in the oil, gradually. Transfer to a bowl and fold in the tomatoes, then season to taste with salt and pepper. Serve over whole wheat pasta.

“These results suggest that including nuts in your regular diet might be a very wise choice,” says Ying Bao, the study’s lead researcher and an epidemiologist at Brigham and Women’s Hospital in Boston. But she stresses that the study excluded those who had a history of cancer—so the benefits may not extend to cancer survivors.

Use this advice when picking nuts.

These results echo findings from a five-year randomized trial in Spain that followed more than 7,200 people and was published in the July 16, 2013, BMC Medicine. In the study, people in a group who ate more than three servings of nuts each week had a nearly 40 percent lower risk of dying from cancer compared with people in a group who followed an overall low-fat diet that excluded nuts.

To tap into nuts’ potential benefits, try the pesto recipe shown above.