A Trojan Horse to Fight Cancer

An experimental treatment shows the potential of a new family of targeted drugs.

THE DRUG T-DM1 (TRASTUZUMAB EMTANSINE), which packs a one-two punch against a common type of breast tumor, has generated excitement about a new family of targeted therapies designed to deliver potent cancer treatment with fewer of the adverse side effects of traditional chemotherapy. 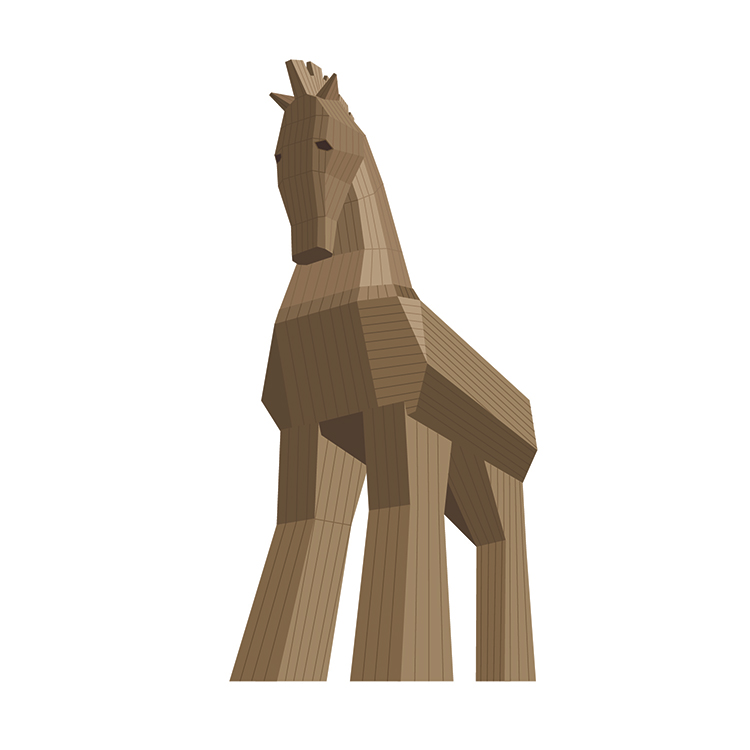 The new targeted therapies, called antibody-drug conjugates (ADCs), work like a Trojan horse: An antibody attaches to a receptor on the surface of a cancer cell—like a key in a lock—and then releases a cancer-killing chemical into the cell. For T-DM1, the antibody is Herceptin (trastuzumab), a targeted therapy used to treat HER2-positive breast cancer, and the chemotherapy drug is DM1. In a recent phase III clinical trial, patients who received T-DM1 reported fewer side effects and experienced about three months more before symptoms worsened than those receiving the standard of care.

“We really are in an age where patients may not have to pay a toxicity price to have their tumors effectively treated,” says Kimberly Blackwell, an oncologist at the Duke University School of Medicine in Durham, N.C., who led the study of T-DM1. She presented the results in June at the annual meeting of the American Society of Clinical Oncology.

“This is really exciting,” says Tom Reynolds, the chief medical officer for Seattle Genetics, which develops ADC drugs (but does not make T-DM1, which is being developed by Genentech). “What we’re seeing in the field is the evolution from the sledgehammer approach, which is pounding patients with chemotherapy, to a targeted approach that minimizes side effects.”

Seattle Genetics makes Adcetris (brentuximab vedotin), the only ADC drug approved by the U.S. Food and Drug Administration (FDA). Adcetris received accelerated approval in August 2011 for treating some patients with Hodgkin lymphoma or a rare non-Hodgkin lymphoma. Many other ADC drugs that are being developed for different types of cancers are now in clinical trials.

About 20 clinical trials investigating new ADC cancer therapies are under way. To learn more about these trials, go to clinicaltrials.gov and type “antibody drug conjugate” (with the quotation marks) and “cancer” into the search feature. Then click “Hide studies that are not seeking new volunteers.”

Kimberly Tijerina, of Conroe, Texas, was diagnosed with Hodgkin lymphoma in June 2010, and enrolled in a clinical trial for Adcetris in August 2011. The drug put her into remission. “I had been through other chemotherapy and had mouth sores and nausea and all kinds of crazy stuff,” she says, “but I don’t recall having any” problems with Adcetris.

Adcetris was approved because of the objective response rate (the percentage of patients who experienced complete or partial cancer shrinkage or disappearance) in clinical trials; overall survival data aren’t yet in. For T-DM1, a significant overall survival benefit was reported in late August, but exact figures on the extent of that benefit are not expected until the fall. Blackwell says she hopes the FDA will not wait long to approve it.

“I don’t enjoy making people sick to treat their disease,” she says. Patients have seen the press about T-DM1, “and clinicians are desperate” to offer it. “It’s hard to have an excited woman come into your clinic and not be able to prescribe the drug to her,”  she says.