Walter Willett believes research will show that a healthy diet can reduce cancer risk. Here’s why.

When a new study is published on the relationship between diet and disease risk, many reporters ask Walter Willett what he thinks about the results. For almost four decades, Willett, an epidemiologist who heads the department of nutrition at the Harvard School of Public Health in Boston, has been at the forefront of efforts to steer Americans away from unhealthy fat, sugar and red meat and toward whole grains, fish, chicken, fruit and vegetables—a diet studies have shown can reduce the risk of developing heart disease and diabetes. But whether this same diet will reduce cancer risk is less clear. Cancer Today spoke with Willett to learn more about what the evidence shows. 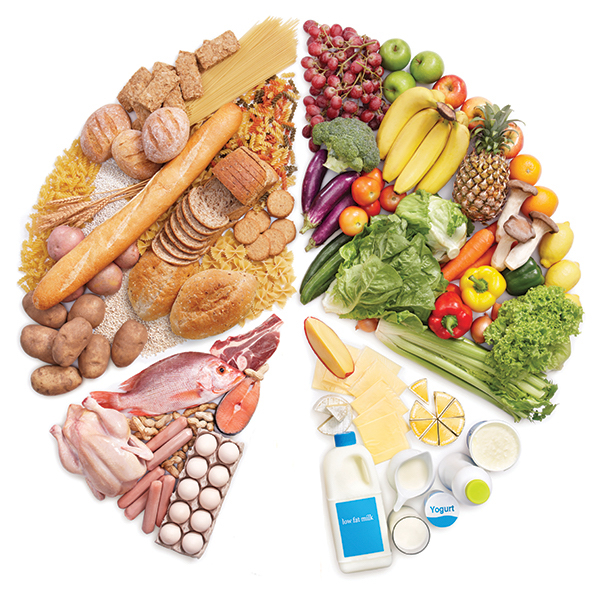 Q: Why does talking about diet and cancer stir up so much controversy?
A: I think it may well be because this is still a relatively new area of research. Certainly when I was in medical school (in the late 1960s), the idea that diet might influence cancer was not even mentioned as a possibility.

Second, it is a very difficult area to study because of the nature of cancer itself, which develops over the life course. We know there are some things that influence cancer that can act during pregnancy, childhood and adolescence. We also know that there are some factors that can act within a few years of the diagnosis. So there is no single period to focus on unlike, say, [Type 2] diabetes, where the consequences of a person’s diet are more immediate.

Q: Given those difficulties, is there something we can think of as a cancer prevention diet?
A: What has emerged over the last couple of decades is evidence that it’s important to control weight and weight gain because being overweight or obese is related to many cancers. So, as an adult, avoiding that pound or two creep-up every year is one of the most important things we can do, in addition to not smoking, to reduce cancer risk.

Until fairly recently, studies looking at different aspects of diet were retrospective. That caused confusion because people who had cancer were asked about their diet and they were compared with people without cancer, which is really a setup for biased reporting and other types of bias that turn out to be a real problem.

The retrospective studies that showed a strong benefit from higher fruit and vegetable consumption weren’t confirmed in prospective studies. We’ve seen a few places where a higher fruit and vegetable diet can be beneficial. It seems to reduce risk for ER-negative breast cancer and for kidney cancer. But for most other cancers, there appears to be a low relationship. Keeping red meat intake low, especially processed meats, is likely to reduce risk of colorectal cancer, and some of our recent analyses suggest it will reduce breast cancer risk as well.

Q: What about a diet to reduce the risk of a cancer recurrence?
A: That area is just starting to be looked at in a serious way. Twenty-five years ago, we wanted to study this and could not get funding. Now there is support for these studies. With more cancers diagnosed at an early stage, people are typically living years before there is a recurrence, which means there is an increased opportunity for modification of the course of the disease during those periods. There is also a high degree of motivation after a cancer diagnosis.

Q: Do people often ask you what you eat?
A: There is a lot more data on dietary choices to prevent cardiovascular disease and diabetes because those are easier to study. For these diseases, we can do randomized intervention trials and look at blood pressure and blood lipid levels, allowing us to reach conclusions. My choices are mostly based on those studies, and they are consistent with cancer prevention, even though the findings are not as conclusive for cancer.

Q: Do you think we will be able to determine a clear relationship between diet and cancer risk?
A: There is no question that cancer is an especially challenging problem to study. But underlying our research, and what has motivated us to study this, is that we know there are parts of the world where people have very low rates of almost every type of cancer, and that when people from those low incidence areas come to the U.S., they often adopt our cancer rates. This says in a powerful way that these rates are not due to genetic factors and that we have the potential—if we can identify those modifiable factors and act upon them—to dramatically reduce rates of cancer in Western countries.

Jocelyn Tan on what the studies show.