Findings could help in cancer prevention. 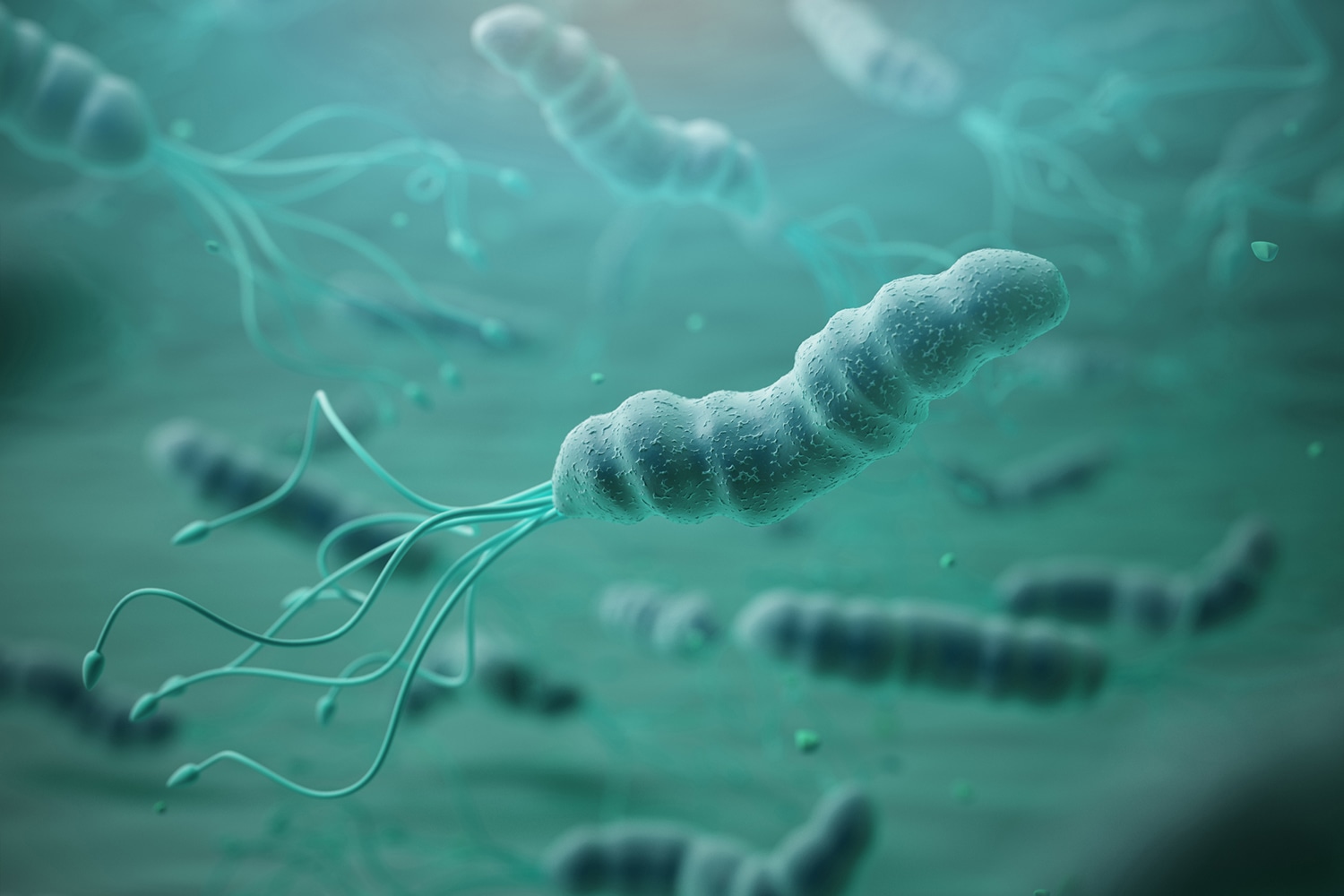 More than half  of the world’s population is infected with the stomach bacteria Helicobacter pylori (H. pylori). In most people, the infection causes no problems. Yet, H. pylori is also the primary known cause of stomach cancer. A recent study that looked at dramatically different stomach cancer rates in two regions of Colombia suggests why the bacterium is riskier for some people—and may help identify those most at risk.

The researchers analyzed stomach biopsies and blood samples from more than 200 Colombians and performed genetic tests to trace their ancestry as well as the ancestry of the strain of H. pylori they carried. About half the participants lived in the mountains and about half lived on the coast. Both regions have similar H. pylori infection rates (about 90 percent), but the rate of stomach cancer is 25 times higher in the mountains.

The findings, published in the January 28 issue of Proceedings of the National Academy of Sciences, showed that the people living on the coast were primarily of African descent, and that their H. pylori strains were predominantly derived from Africa. In contrast, the majority of people living in the mountains were of Amerindian ancestry, and many of them had strains of H. pylori likely to have been acquired from Spanish colonizers in the 16th century. These strains may have displaced the strain the Amerindians originally carried, says Barbara Schneider, a molecular biologist at the Vanderbilt University Medical Center in Nashville, Tenn., who co-authored the study.

In the people living on the coast, “the pathogen and the host have made peace with each other,” says Schneider. “Whereas, [in the mountains] the Amerindians and the bacterium that came with the conquistadores have not had [enough] time for that to happen.”

Read more about why stomach cancer rates have decreased since the late 1930s.

Stomach cancer is the second leading cause of cancer deaths worldwide. Yet in the United States, stomach cancer is way down on the list of the most deadly cancers, coming in 14th.

The American Cancer Society estimates that in 2014 approximately 22,000 people in the U.S. will be diagnosed with stomach cancer and that close to 11,000 people will die from the disease. Within the U.S., stomach cancer rates vary by race and ethnicity. Incidence rates tend to be highest among Asian-Americans/Pacific Islanders, Hispanics, American Indians and African-Americans, and are much lower among whites. For instance, the rate for Asian-American/Pacific Islander men is twice as high as it is for white men.

Stomach cancer was the leading cause of cancer death in the U.S. until the late 1930s, when it began to sharply decline. Scientists believe one explanation for the drop-off is the increased use of antibiotics, which kill the gut bacterium Helicobacter pylori, the primary known cause of stomach cancer.

Another explanation for declining stomach cancer deaths over the last decades may have to do with improvements in sanitation and the widespread use of refrigeration. This resulted in people consuming less smoked and salted foods, which are associated with an increased risk of gastric inflammation and cancer.

Sarah Tishkoff, a population geneticist at the University of Pennsylvania in Philadelphia, says, “This [study] is a beautiful example of co-evolution between pathogen and human host and how the two can influence disease susceptibility. People are starting to realize more and more that the bacteria in bodies are having an impact in many ways in terms of our health and our susceptibility to disease.”

Schneider hopes the study’s findings will help doctors in Colombia identify which patients are more likely to have their H. pylori infection put them at risk of developing stomach cancer. “You can’t treat a whole country with antibiotics,” she says. “All [that would] do is generate antibiotic-resistant strains.” But perhaps more doctors will now determine which of their patients should undergo an endoscopy, Schneider says, and, based on the results of the procedure, which ones should be treated.