Diagnosed at 28, Rochelle Shoretz has stayed true to her big dreams and to her goal of helping other young women with breast cancer. 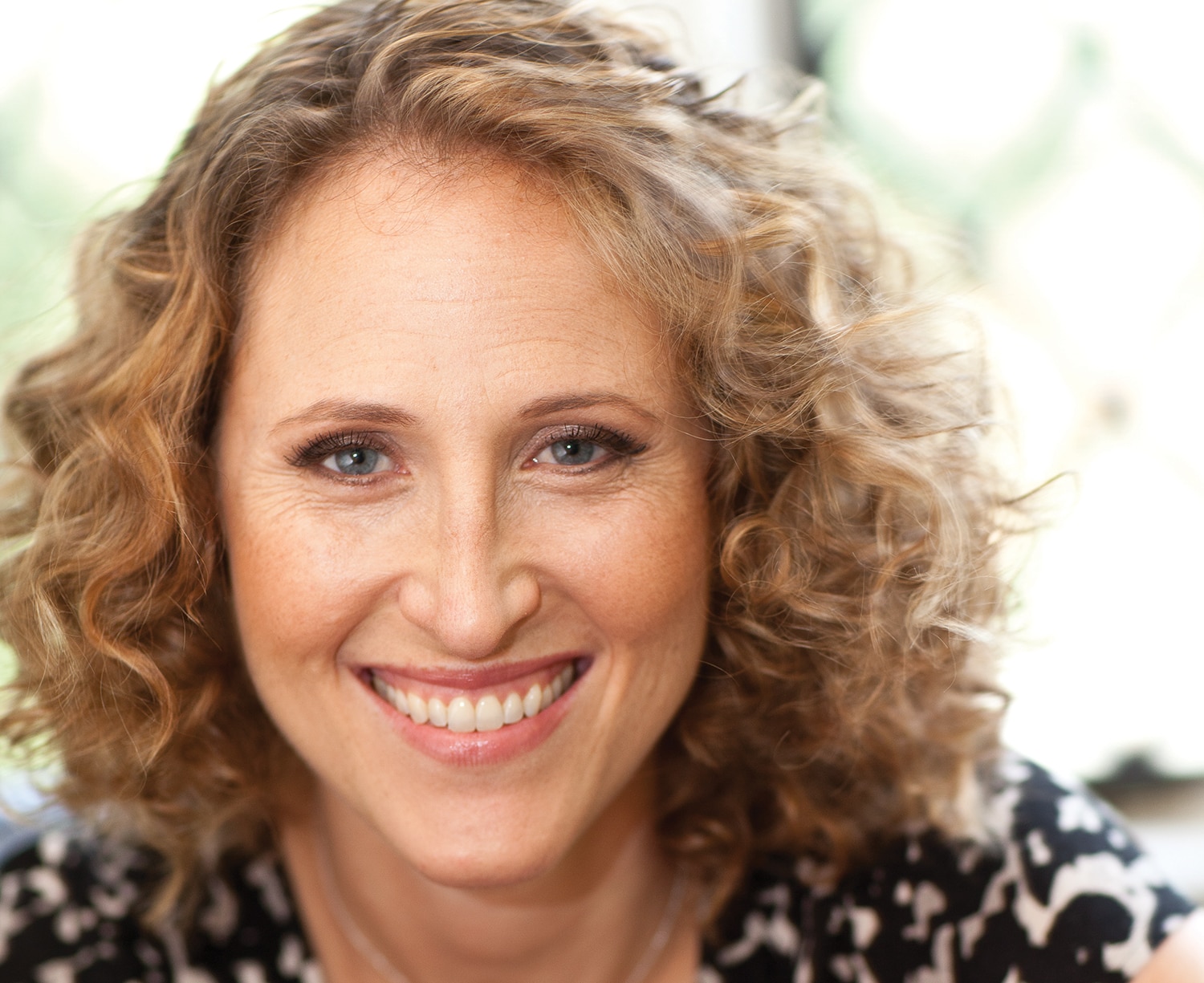 Editor’s Note: Rochelle Shoretz died of complications from breast cancer on May 31, 2015. The following story ran in the Winter 2011 issue of Cancer Today.

THROUGHOUT HER LIFE, ROCHELLE SHORETZ has ​​always aimed high and dreamed big. She graduated from Barnard College, the prestigious women’s liberal arts college in New York City, in 1995, and just a year later earned her law degree from Columbia Law School. By 1998, at age 25, she was serving in Washington, D.C., as a law clerk for a U.S. Supreme Court justice. Her accomplishments dazzle. Yet as she grew older, she realized that there was a childhood dream she still couldn’t let go of—atte​nding the Academy Awards. Last February she achieved that, too, managing to finalize her plans for the entertainment community’s preeminent affair while hospitalized with dehydration.

That’s what life is like sometimes when you are living with metastatic breast cancer. 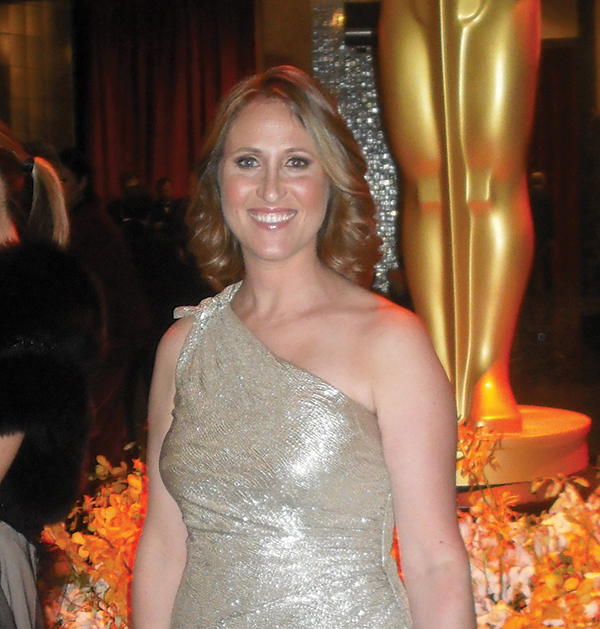 As a little girl, Shoretz, now 39, had often dreamed of walking the red carpet as an Oscar-nominated actress. Over the years, though, that fantasy morphed into one slightly less flashy: attending the Academy Awards as a filler—a volunteer who occupies seats celebrities leave empty when they go on stage to present or receive an award. She knew no one in Hollywood. And she had no idea how she was going to make it happen. But then, in what she calls one of the “crazy confluences of events” in her life that seem almost spiritually destined, she found herself seated on a plane next to a man who worked for Warner Brothers Studios and told him her childhood hope. A few weeks later, he called: One of the coveted filler spots was hers.

“That’s a lot of my life—cuckoo things that have happened,” Shoretz says, sitting in the Teaneck, N.J., office of Sharsheret, the breast cancer organization she co-founded in 2001.

And it didn’t come as a surprise to anyone who knows Shoretz well that she persuaded her doctors to pump her full of IV fluids and let her out of the hospital early so that she could hop on a plane and live out her Hollywood dream. Another goal obtained.

Shoretz was diagnosed with breast cancer in 2001, at the age of 28. She had recently completed her clerkship with U.S. Supreme Court Justice Ruth Bader Ginsburg and was on a path to legal prominence. She had been married for nine years and was the mother of two young sons, ages 3 and 5. She was healthy, fit, active. Stage II breast cancer didn’t fit into the picture.

Hours after her diagnosis, Shoretz began to organize, calling family and friends to her home in Teaneck. “The day we got the news, she started handing out assignments about who would help her,” says her stepmother, Carol Ann Finkelstein. “She had a whole plan. … She was just organizing the show. It was remarkable.”

Even though she had her family by her side, Shoretz felt the need to connect with other young Jewish women who, like her, were experiencing breast cancer through the lens of Judaism. When she couldn’t find them, she set a new goal. “Here she was,” says Finkelstein, “with a scarf on her little bald head in the midst of chemotherapy and she said, ‘I have to start an organization because I know there are other young women out there like me. But how to find them?’ ”

Shoretz began asking her friends if they knew of other young Jewish women living with breast cancer. Within a few weeks, she met Lauryn Weiser, a 31-year-old survivor who helped guide her through chemotherapy and radiation. And before long, the new friends became connected to another young breast cancer survivor, Naomi Spira, who became the next “link” in their chain. Together, they founded Sharsheret, which means chain in Hebrew. Working 12 to 15 hours a day out of Shoretz’s home in Teaneck, the three women laid the foundation for a breast cancer organization that was sensitive to the influence of cultural traditions and customs on young Jewish women facing breast cancer.​ 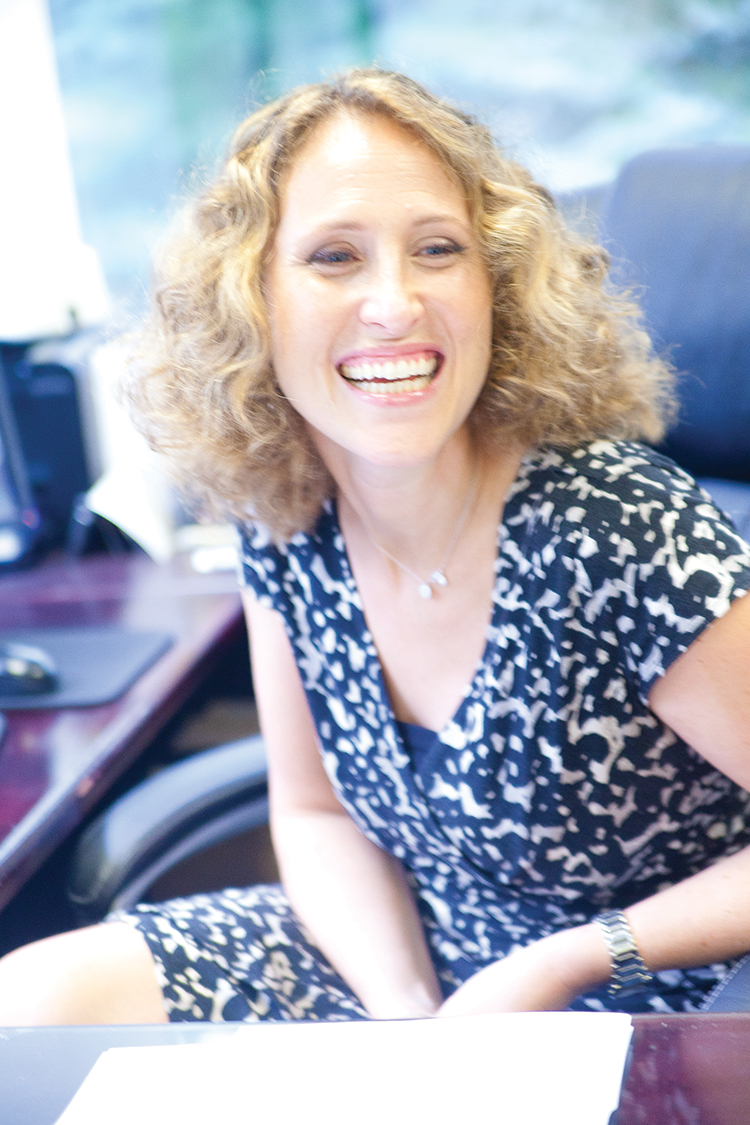 Rochelle Shoretz is the executive director of Sharsheret, an organization for young Jewish women with breast cancer. Photo by Doug Sanford.

Sharsheret grew steadily, receiving grants and hiring administrative support. In May 2011, more than 600 people attended a benefit to celebrate the organization’s 10th anniversary, its 13-member staff, and its 11 programs that support Jewish women and their family members through diagnosis, treatment and survivorship.

“The notion of spirituality and religion affects breast cancer and it affects the psychological implications of being a breast cancer survivor,” explains Shoretz. “Having a place and an organization that acknowledges that, and acknowledges that these are important aspects of our life, I think really can help the cancer journey.”

Jewish women also confront the question of whether to be tested for a BRCA1 or BRCA2 genetic mutation. These mutations are five times more common among Ashkenazi Jews—who are of Central and Eastern European descent—than in the general population. About 60 percent of women who carry one of these mutations will develop breast cancer and about 15 to 40 percent will develop ovarian cancer, according to the National Cancer Institute.

As she pondered her options, Shoretz was struck by how unaware she had been about the increased risk of breast cancer seen in Ashkenazi Jewish women like herself. “When I was diagnosed at 28,” she says, “I didn’t know anything about genetic counseling and genetic testing.” The more she learned about breast cancer in the Jewish community, the more surprised she was, she says, “that we didn’t have an organization dedicated to addressing breast cancer.”

Shoretz’s test showed that she didn’t carry a BRCA mutation; this knowledge, along with her lack of an extensive family history of breast cancer, influenced her decision to have a lumpectomy rather than a bilateral mastectomy. (A bilateral mastectomy is often recommended for women who carry a BRCA mutation.) But her experience showed her how critical it is that women have information and support when making decisions related to genetic testing. That realization formed the basis for two of Sharsheret’s programs: the Peer Support Network, which connects young women at high risk of breast cancer to volunteers who are also high-risk, and Genetics for Life, which provides materials and information about genetic counseling and testing and hereditary breast cancer in the Jewish community.

After Shoretz and her friends founded Sharsheret, Shoretz served as the executive director, focusing her energies on building the organization. But after spending five years solely focused on breast cancer, she found herself ready to step back from the group’s day-to-day activities, turn over the reins to a new executive director, and return to her pre-cancer past. She began practicing law at a large firm in New York City, glad to be using her legal education and skills. She juggled long hours at the firm with parenting, watching her sons grow into their teen years, and planning their Bar Mitzvahs, the Jewish coming of age ceremony, as they neared the age of 13. Then, after 15 years of marriage, she and her husband divorced, and she adapted to life as a single mom. Through it all, Shoretz continued to inspire people.

“She is very able to know where to put her priorities and her energies,” says Shera Dubitsky, Sharsheret’s clinical supervisor, who provides support for women with breast cancer. “She doesn’t get into the extraneous things that most of us get caught up into. … This is a woman with vision.” 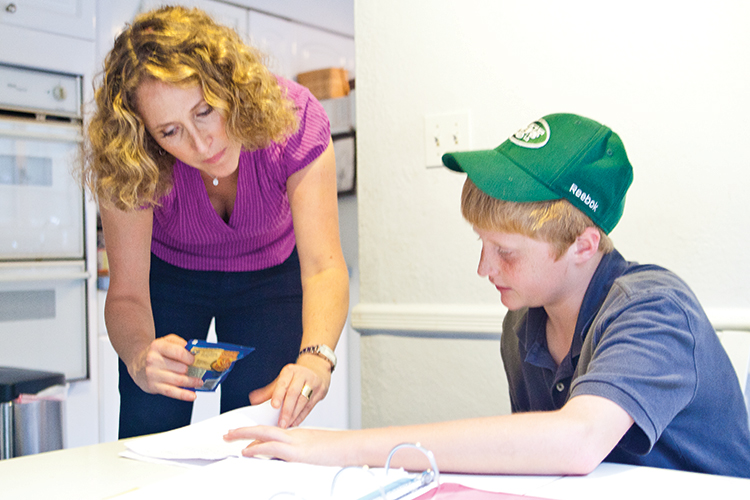 Rochelle Shoretz with her son, David. Photo by Doug Sanford

But even someone as determined and proactive as Shoretz couldn’t hold back a disease as insidious as cancer. In February 2009, Shoretz received the news she had long feared: A routine MRI came back with suspicious findings. Her breast cancer had returned.

She had stage IV disease and had to learn, once again, how to live with being an active cancer patient. “Listen,” says Shoretz, “the consequences are enormous, and so it’s taken me quite some time to realize that I’m actually feeling OK.”

After learning that she had metastatic disease, Shoretz decided to take a leave of absence from the law firm. She shifted her focus to supporting cancer patients full-time, returning to Sharsheret’s helm as executive director. “At the end of the day,” she says, “I just didn’t feel that same sense of meaning and purpose in my work.” And as an active participant in Embrace, Sharsheret’s support group for women living with metastatic breast cancer, she has found, yet again, that connecting with other Jewish women provides the sustenance she needs. “I am able to benefit from the programs we created here,” she says, “and that’s been just a beautiful part of this journey.”

She also knows she still has much more to accomplish, not just in raising awareness about breast cancer among Jewish women, but about the issues facing any young woman with breast cancer. To that end, she was recently appointed to the Centers for Disease Control and Prevention’s Advisory Committee on Breast Cancer in Young Women. The group’s tasks include recommending research areas and making the public more aware that young women do indeed get breast cancer. As young women, says Shoretz, “every conference we attend, every brochure that we send out with a young woman’s picture on it, we are the changing face of breast cancer.”

Yvonne Lee was previously the senior editor of Cancer Today.