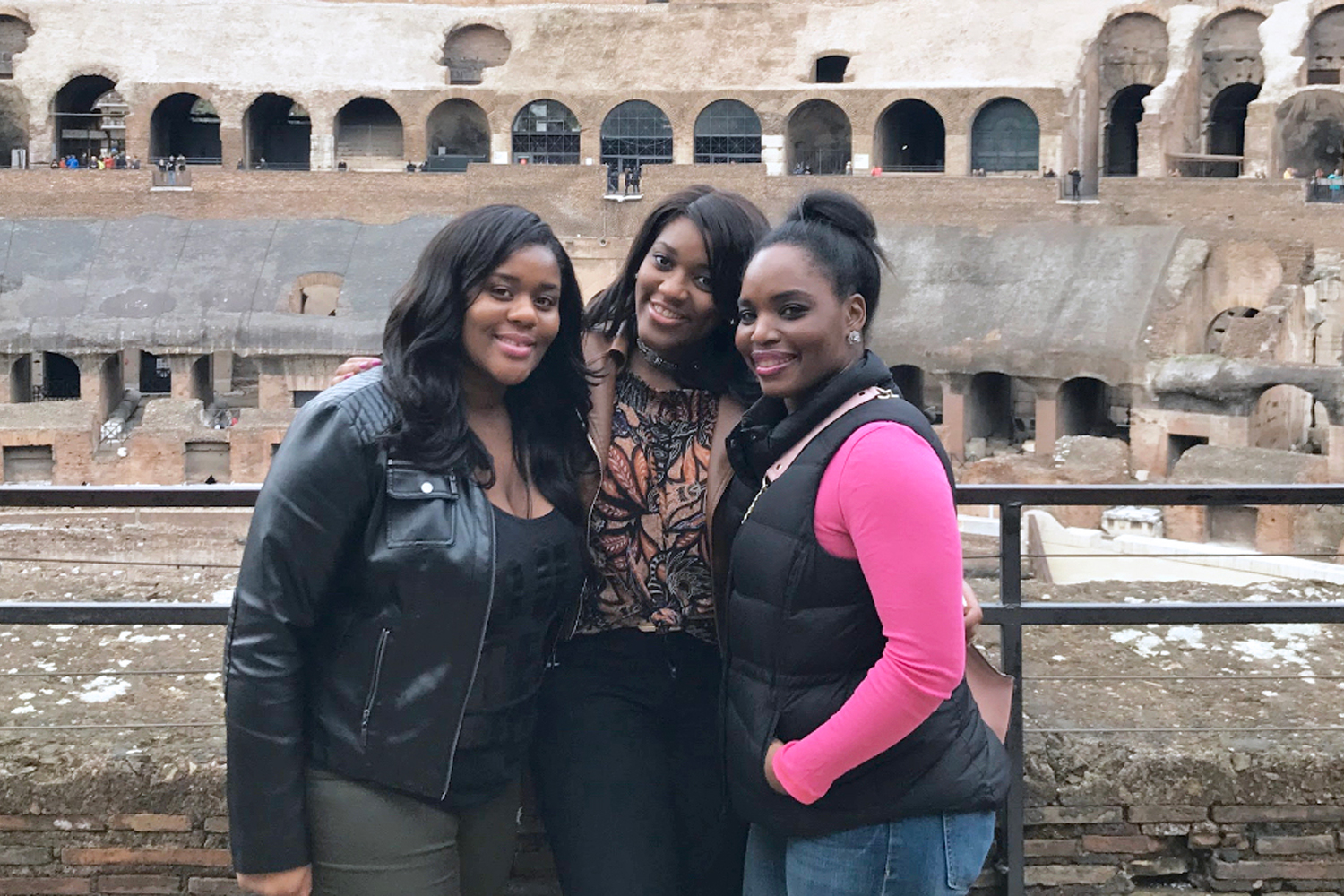 WHEN ALICIA AND ESTHER TAMBE REMEMBER their late sister, Maria, what leaps to mind is the joy she had whenever the three of them boarded a plane bound for their next vacation destination. “The one thing we did love to do together—as a family, as sisters—was traveling,” Esther says.

After Maria was diagnosed with triple-negative breast cancer at age 39 in 2018, the sisters visited Colombia. The getaway took Maria’s mind off her diagnosis, Alicia says. That, however, would be their last international trip together before Maria’s death in August 2019.

With pandemic-related air travel restrictions easing, Fight Through Flights held its first retreat in April 2022 in the Central American nation of Belize, gathering Black women who are leaders at breast cancer organizations. In the future, the nonprofit aims to offer more retreats, mother-daughter events and other programs that “create safe spaces around the world” for Black women with breast cancer, says co-founder Alicia Tambe.

The surviving sisters decided to start a nonprofit that shares the gift of travel with other Black women diagnosed with breast cancer. Alicia, who works in tech and runs a luxury travel agency in Washington, D.C., and Esther, a New York City-based registered dietitian, founded Fight Through Flights in August 2020. They originally hoped to send Black women with breast cancer on excursions to far-off destinations, but the organization immediately faced a major hurdle: The global pandemic made flights risky, especially for immunocompromised people undergoing cancer treatment. The pair pivoted to bring local adventures to Black women facing breast cancer.

With its Staycation Serenity program, the nonprofit provides experiences like dinners cooked by a personal chef or massages at a person’s home over a two-day period. Its Roadtrip to Recovery covers expenses for a getaway within driving distance. Both offerings include five consultations each with a registered dietitian, a personal trainer and a mental health professional. It also offers the Room to Breathe program, which provides recipients with a one-night stay at a hotel anywhere in the U.S.

Black women living in the U.S. who are undergoing or have finished treatment for breast cancer can apply for the programs on the organization’s website. About 75 women have participated to date.

Alicia and Esther Tambe first became aware of racial disparities in breast cancer outcomes after their sister’s death. While Black and white women in the U.S. have similar breast cancer incidence rates, Black women are about 40% more likely to die from breast cancer compared with white women, according to the American Cancer Society. “It’s a very important issue in the Black community,” Alicia says.

Esther notes the experience allows some women to revive relationships with caregivers that were strained during treatment. For others, the programs provide reminders that “there’s still that room for joy” after their diagnosis, she says. “For a lot of people, it’s been the aha moment: ‘This is what I needed; this is what healing means.’”