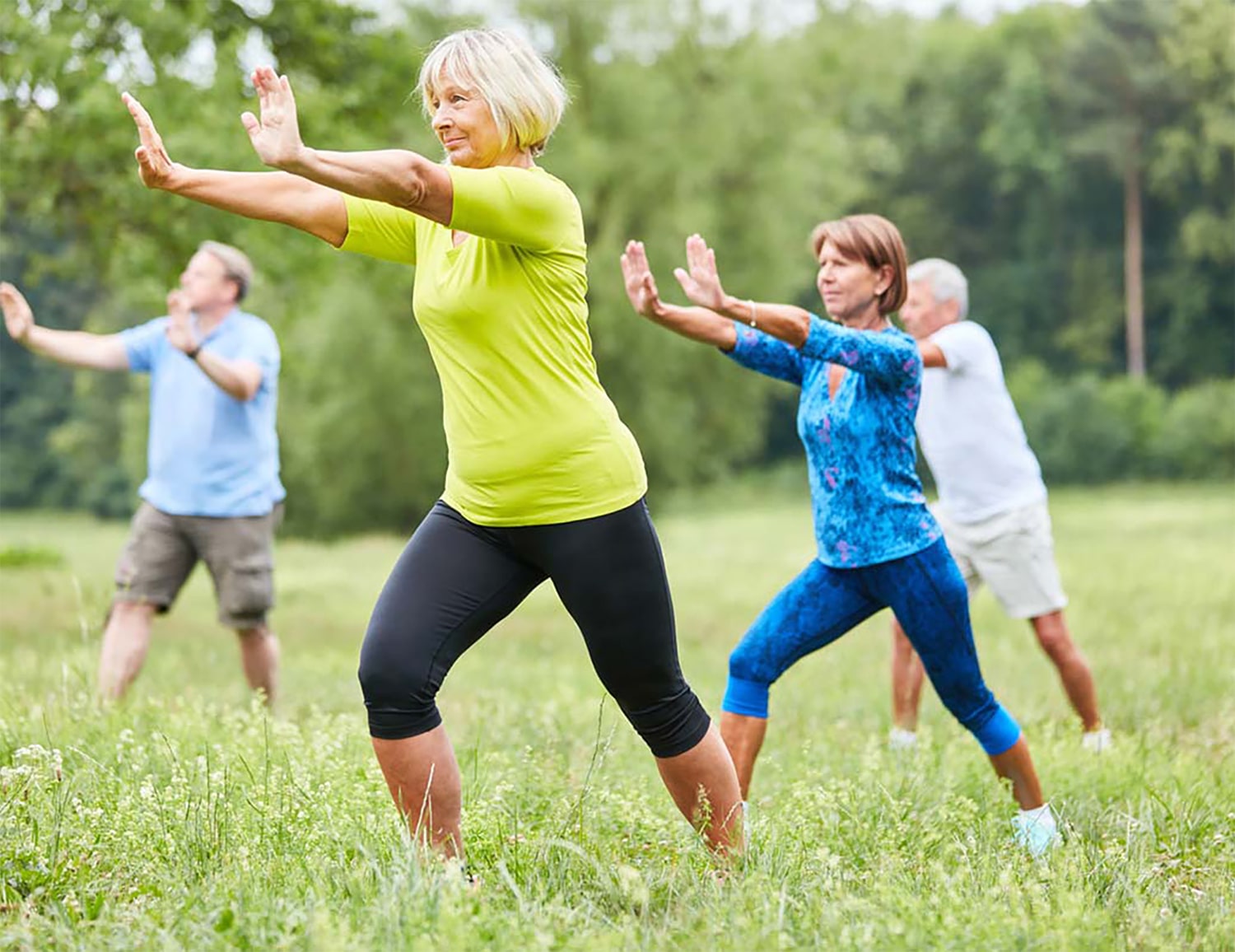 TAI CHI IS A MARTIAL ART that originated in China and is now practiced across the world. It is sometimes referred to as a mind-body practice because it combines aspects of mindfulness and breath control with slow body movements. A review published July 12, 2020, in the International Journal of Environmental Research and Public Health reported that tai chi improved strength, aerobic capacity, flexibility and overall quality of life in cancer survivors. The review also suggested it may boost mood and sleep quality.

How to Get Started With Tai Chi

Tips on trying this form of exercise for the first time.

Some people are wary of tai chi because it is unfamiliar to them. An easy way to begin is by watching a class on YouTube before jumping in yourself. Look specifically for classes for beginners who are cancer survivors. Some cancer centers offer tai chi classes both in person and online.

If you have a condition that impacts your ability to exercise, look for instructors at a cancer center or local tai chi organization who can suggest adjustments to make difficult moves easier.

As a form of exercise, tai chi is particularly well-suited for people with cancer. Practitioners move in a gentle, careful manner, notes Robin Hardbattle, a tai chi instructor at Memorial Sloan Kettering Cancer Center in New York City. Instructors can adjust tai chi sequences to meet the physical needs of almost any practitioner. For instance, if standing for an extended period is not feasible, it might be possible to design a routine that can be completed from a seated position, says Lin Yang, a cancer epidemiologist with Alberta Health Services in Calgary.

Qigong is a mind-body exercise similar to tai chi that also originated in China, which practitioners believe taps into the flow of energy throughout the body. Researchers sometimes group together tai chi and qigong in studies on cancer survivors. Qigong shows promise for relieving symptoms such as poor sleep quality, fatigue and depression, according to a review published April 2018 in the Journal of Cancer Survivorship.

Cancer-related fatigue can be a barrier to all types of exercise, and tai chi is no exception. However, Yang found in a new, unpublished research review that reduced fatigue is one of the benefits of tai chi as a complementary cancer therapy that is most widely supported by research.

Practicing tai chi three times per week for eight to 12 weeks, for 40 to 60 minutes per session, has been shown to benefit cancer patients, Yang says. It may be necessary to build up your stamina beforehand, says Hardbattle, who encourages his students to take breaks as often as they need and to modify the exercises to be easier if it helps. “Listen to your own body,” Hardbattle says. “Never force yourself to do anything that’s uncomfortable.”