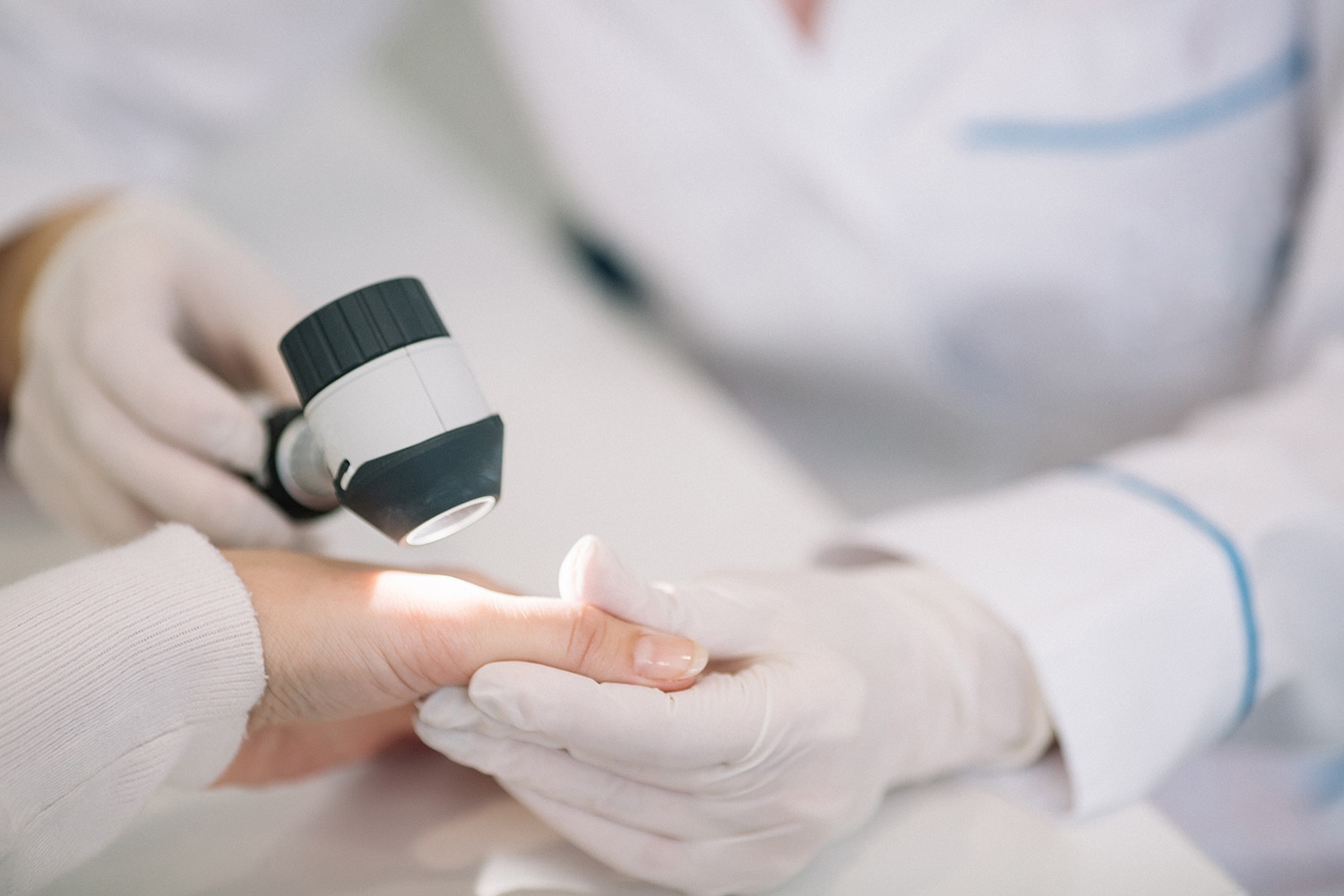 A HANDHELD TOOL developed by researchers at the University of British Columbia (UBC) could one day offer a low-cost way for health care providers to determine whether a skin lesion might be melanoma.

The new probe harnesses the property of polarization, the orientation of a light wave’s vibrations. Researchers believe the way light refracts, bends and realigns when it comes into contact with different surfaces can potentially be used to screen for or diagnose certain types of cancer.

The probe is placed against a skin lesion. When a button is pressed, the probe emits a laser beam; it then analyzes how the light waves scatter after they reach the lesion. Certain scattering patterns suggest the lesion could be a melanoma.

The prototype was developed by Daniel Louie, a doctoral student at UBC’s School of Biomedical Engineering in Vancouver. It builds on the research of UBC dermatologist and research scientist Tim Lee.

Right now, says Louie, doctors typically use a dermascope to magnify a skin lesion to visually identify signs that it may be melanoma. But the ability to differentiate between what is normal and what is cancerous hinges on the skill of the doctor looking through the dermascope. Other technologies currently in development are very expensive. The new probe could potentially allow someone who is not a skilled dermatologist to inexpensively check a skin lesion and, if necessary, refer the patient to a dermatologist for further tests, Louie says.

Louie is now working to refine the probe to improve its usability and accuracy. If small-scale tests find that it is easy to use and accurate, the next stage of testing might be to study the probe’s effectiveness in a clinical trial. Looking for melanomas is just one way that polarization might improve cancer screening. “I believe that in the future, we’ll see more and more polarization-based applications,” Louie says.