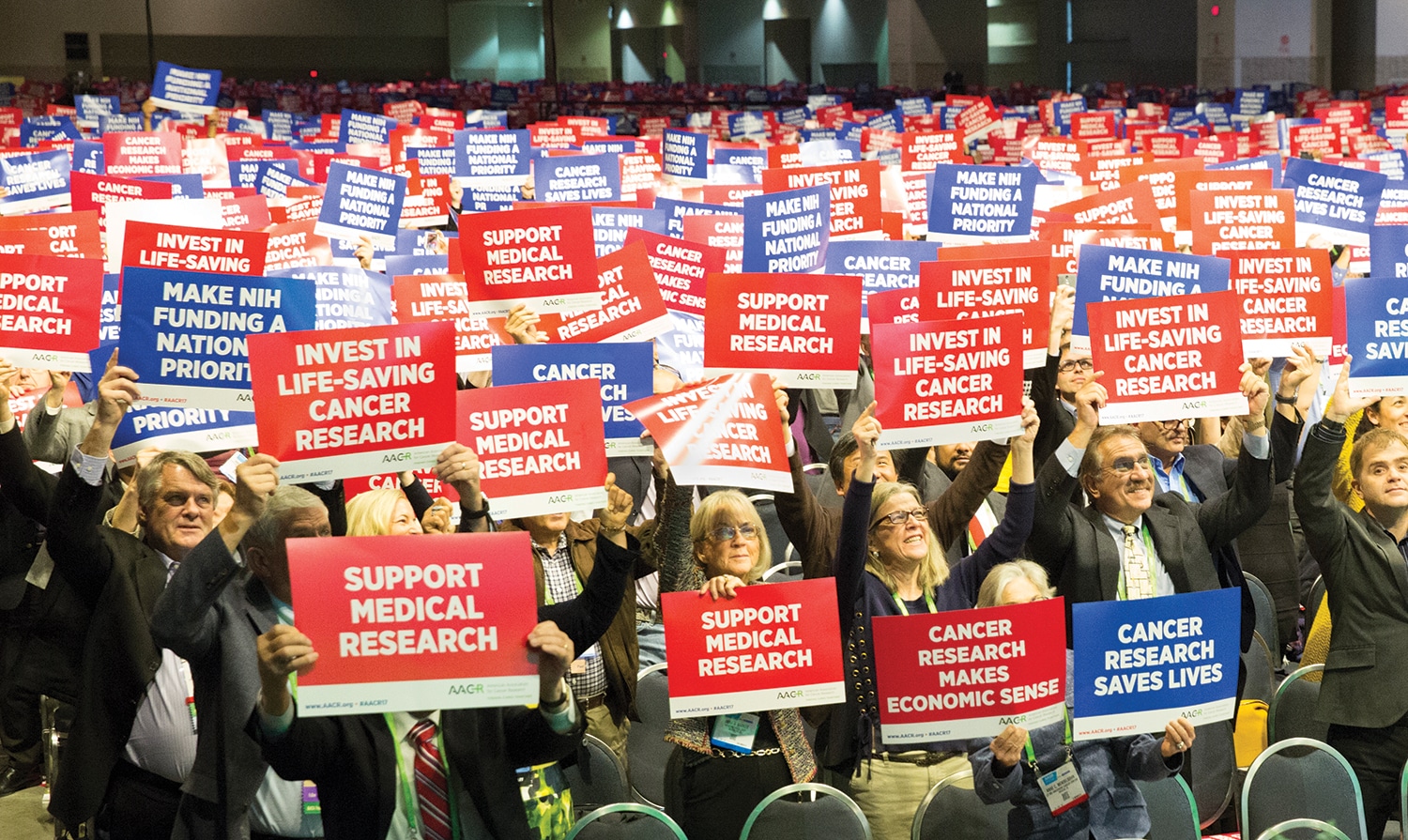 Thousands of attendees who gathered at the Opening Ceremony of the American Association for Cancer Research (AACR) Annual Meeting 2017 sent a message on April 2 that cuts proposed by the Trump administration to the National Institutes of Health (NIH) budget would be devastating to cancer research, stall progress and ultimately harm cancer patients. The Annual Meeting was held in Washington, D.C., April 1-5. (The AACR publishes Cancer Today.)

On May 1, Congress passed a bill with a $2 billion NIH spending increase for fiscal year 2017. Later that month, the administration revealed that its proposed budget for fiscal year 2018 would reduce NIH funding by more than 20 percent. Go to AACR.org and search for “Legislative Action Center” to learn how to let your elected representatives know your position on NIH funding.