Age, family history and obesity can all influence a woman’s risk of developing breast cancer. But there is another risk factor that can be overlooked: breast density. 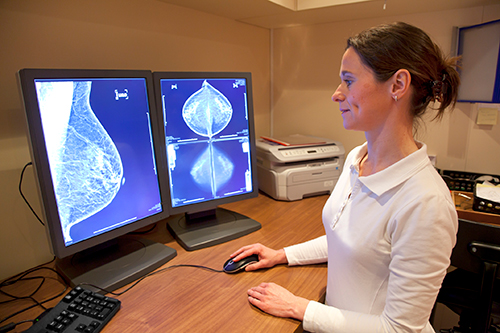 In a study published online Feb. 2, 2017, in JAMA Oncology, a research team led by Karla Kerlikowske, a breast cancer researcher at the University of California, San Francisco, and primary care physician at the San Francisco Veterans Affairs Medical Center, analyzed risk factor data on more than 18,000 breast cancer patients and 184,000 women without breast cancer collected through the Breast Cancer Surveillance Consortium, a network of mammography registries. The study found that in both pre- and postmenopausal women, breast density was a more prevalent and significant risk factor than other common risk factors.

Kerlikowske says she was surprised to find breast density is a more prevalent and strong risk factor than other factors that tend to get much more attention. “We expected breast density to be important—and it is,” Kerlikowske says. “But what was surprising was some of the more traditional factors like [having a] first-degree relative with breast cancer or history of benign biopsy—those other ones people tend to think are most important—don’t contribute near as much as breast density.”

Typically, women’s breasts become less dense as they get older. Women who have more children also tend to have less dense breasts. The drug tamoxifen can be used to reduce breast cancer risk in high-risk women. But having dense breasts alone is not reason enough to take the drug, because of its side effects.

In many states, radiologists are now required to inform women about their breast density. Even so, “high breast density alone is very common and should not be cause for alarm,” says Holly Pederson, a medical breast specialist at the Cleveland Clinic.

There are no definitive recommendations on what additional screening tests a woman with dense breasts should have. Pederson says three-dimensional breast imaging may find tumors that mammograms miss in women with dense breast tissue.

Otis Brawley, chief medical officer for the American Cancer Society, notes that while it’s clear “mammography is a suboptimal test” for women with dense breasts, it’s not clear that MRI or ultrasound is much better. “We need [to find] a better test,” he says.