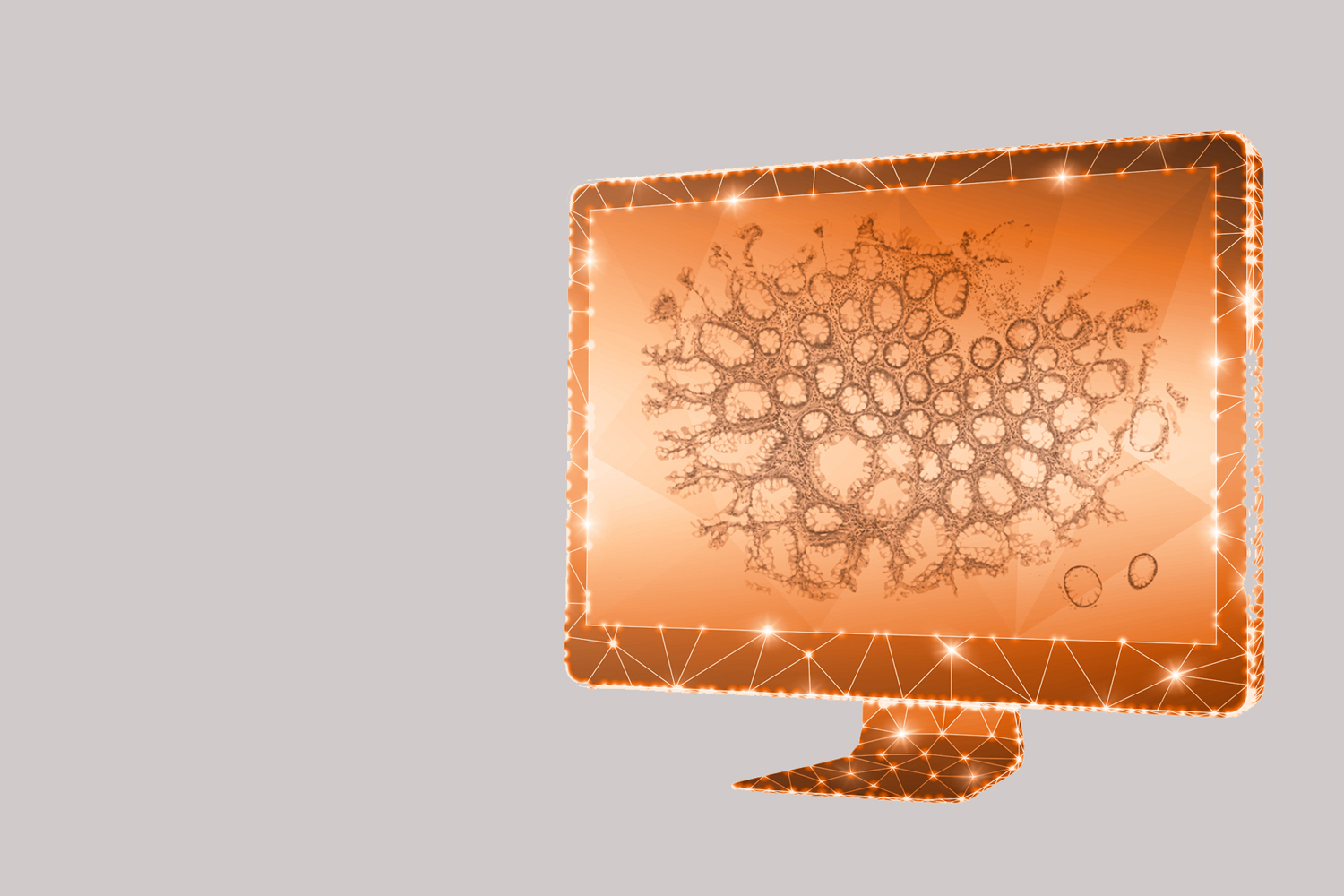 COLORECTAL POLYPS range from a typically benign class known as hyperplastic polyps to a group of precancerous polyps known broadly as adenomas. Physicians recommend the frequency of a follow-up colonoscopy based on the classifications of these growths, but research has found that pathologists sometimes struggle to distinguish between different types of polyps. A study published Nov. 18, 2021, in JAMA Network Open shows that an artificial intelligence (AI)-augmented system can significantly improve pathologists’ accuracy.

Researchers at the Geisel School of Medicine at Dartmouth College in Hanover, New Hampshire, recruited 15 pathologists to analyze and classify specimens of the four most common types of colorectal polyps from 100 slides. In one session, about half the doctors used the AI-augmented digital system while the others used just a microscope. After a 12-week break, each group switched techniques and read the same slides again. The pathologists accurately classified the samples 73.9% of the time when using just a microscope and 80.8% when they used the AI-augmented digital system.

To build the system, researchers gathered colorectal polyp sample slides from 24 institutions across 13 states and had expert pathologists annotate the slides. Those annotations taught the system how to identify regions of potential interest within a sample and helped to calculate a percentage likelihood of polyp type. For instance, in one sample, the system predicted a 48% likelihood that the polyp was a type of precancerous polyp known as villous versus an 8% probability that it was hyperplastic, which is typically benign. “This is about helping pathologists make this subtype classification more accurately and more efficiently,” says Saeed Hassanpour, an associate professor at the Geisel School of Medicine who was the senior author of the study.

Hassanpour and his colleagues are now working to incorporate their AI tool into a start-up company’s platform, and they hope to get Food and Drug Administration market clearance. Their method is one of several being developed by computational pathology start-ups. Another AI system, called Paige Prostate, recently received FDA clearance and helps read pathology slides for prostate cancer. Hassanpour says his group’s system could be especially useful in rural settings and developing countries where specialized gastrointestinal pathologists are scarce.

Adam P. Stern is a psychiatrist at Beth Israel Deaconess Medical Center in Boston. He was diagnosed with stage III kidney cancer in 2018 when his son was 1 year old. He learned he has metastatic disease in 2019.