A magnet-guided robot could help doctors look for signs of cancer deeper in the passages of the lungs. 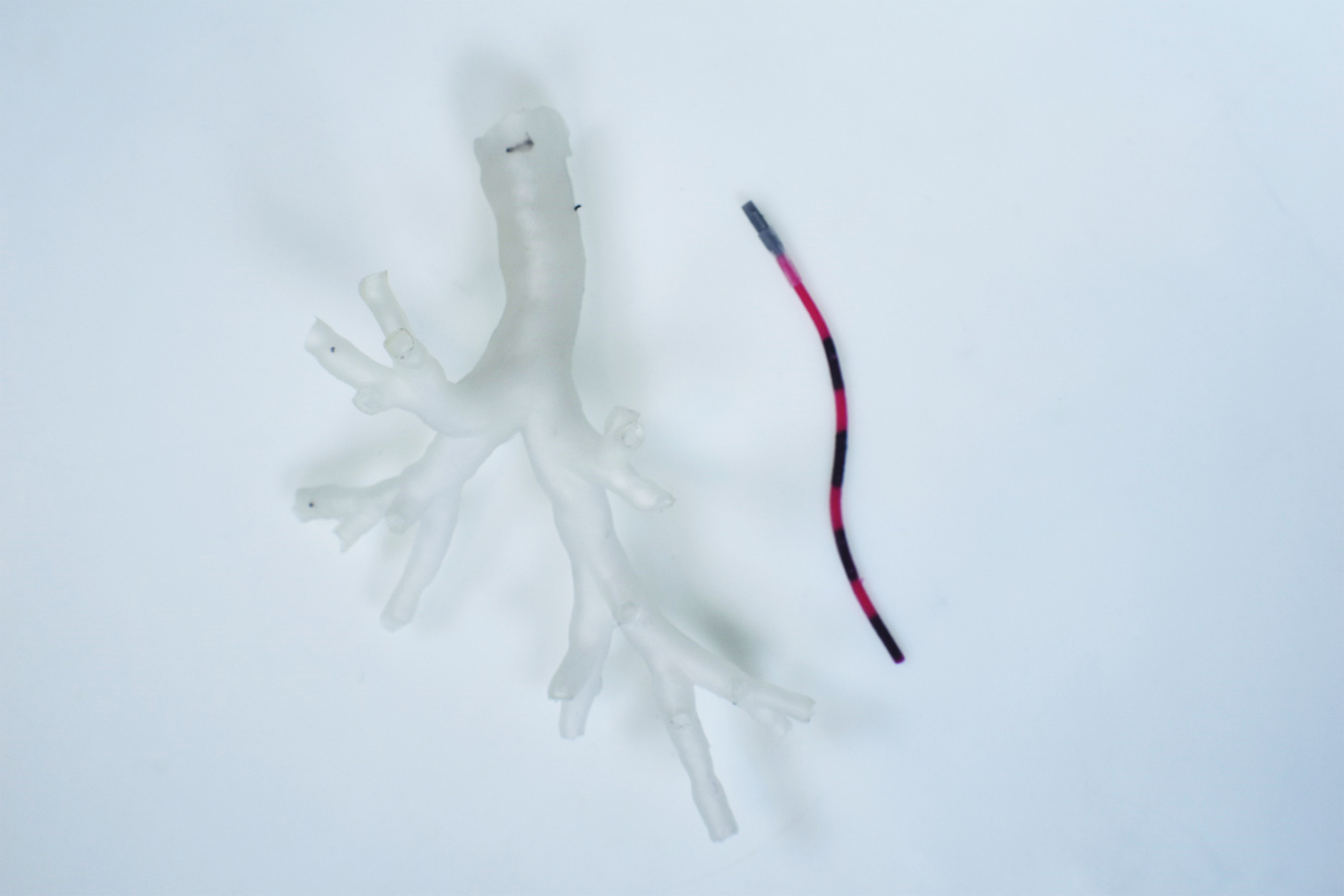 This flexible 3-inch-long magnetic device is about 2 millimeters in diameter and uses magnets and anatomical measurements to navigate the smallest passages of the lung. Image courtesy of the University of Leeds

A new device, however, may make it easier for doctors to investigate possible lung cancers. Researchers at the Science and Technologies of Robotics in Medicine Lab at the University of Leeds in the U.K. have created a “magnetic tentacle robot” that can reach some of the lungs’ smallest passages. The device was the focus of a study published March 21, 2022, in Soft Robotics.

At only 2 millimeters in diameter—about twice the size of a ballpoint pen tip—and about 3 inches long, the device is made of a flexible, soft rubber-like magnetic material. The robot is first placed at the base of the bronchial tree, where the trachea splits into the bronchial passages, using a conventional bronchoscope. Doctors then rely on “follow-the-leader” guidance from two robotic arms, each of which has a magnet at the end. Programmed with the patient’s anatomical measurements, these arms maneuver the robot through the lungs and into place. In the future, as with a conventional bronchoscope, doctors could then take tissue samples or deliver cancer therapy through the robot. “This would be an important clinical tool in the investigation and treatment of possible lung cancer,” says lab director and senior author Pietro Valdastri.

Over time, Valdastri’s team has refined a strategy for controlling the robot’s real-time position and orientation inside the body. “We started by using magnets to manipulate a single point at the tip of an endoscope,” he says. “With the magnetic tentacle robot, we use magnets to control the device’s entire shape while adapting it to the patient’s specific anatomy.”

Valdastri and colleagues developed the device by first using a 3D bronchial tree replica created from anatomical data and then lungs taken from a human cadaver. The next step will be to test the robot in living animals before, hopefully, starting human trials in the next five years and reaching the clinic five to 10 years after that.