With the SuperKids activity book, children with cancer cast themselves as the hero and learn important coping skills. 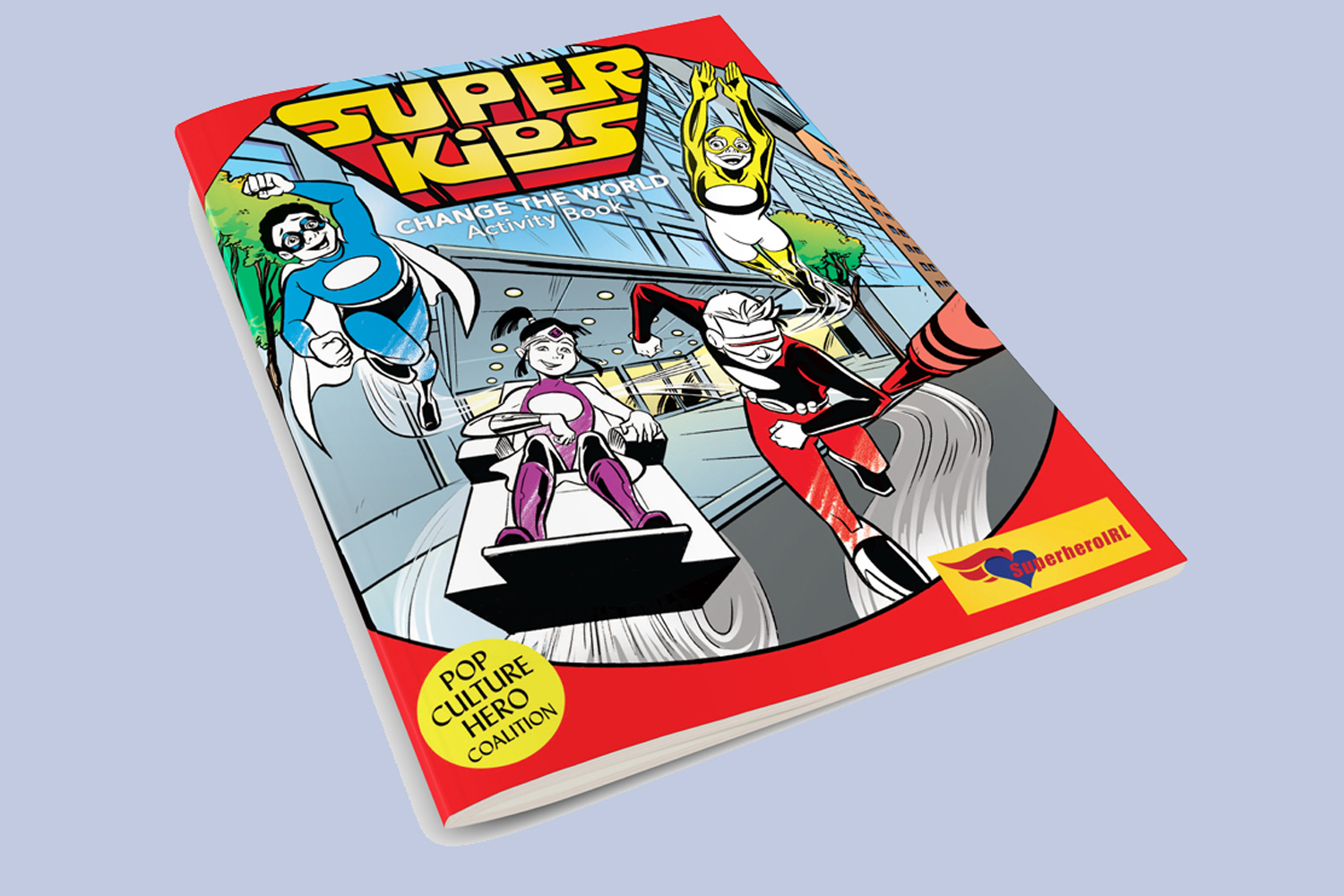 WHEN CHASE MASTERSON THOUGHT ABOUT WAYS to honor her friend, famed comic book writer Len Wein, who died in 2017, she was drawn to the story of his difficult childhood. Wein, a self-described “sickly kid,” was admitted to the hospital when he was 7 years old. His father brought him a stack of comic books to keep him occupied, and that was the start of his lifelong love of comics.

SuperKids: Change the World was conceived by Masterson as her tribute to Wein. Masterson is the founder of Pop Culture Hero Coalition, an organization that uses the imagery and narratives of comic book heroes to teach social‑emotional learning. Masterson wanted to use the tropes of superhero stories to help children with serious illnesses like cancer find their “superpowers,” even among the difficulties of cancer and other illnesses.

Giving kids a purpose can help them and their immune system.

One of the activities SuperKids: Change the World encourages is connecting with other children who are going through similar issues. In addition to building community, helping others also provides a sense of purpose, which has been found to strengthen the immune system in adults, according to psychologist and SuperKids author Janina Scarlet.

“Having cancer for people of any age can feel disempowering,” Scarlet says. “The goal was to help children feel like they have control, to feel empowered through helping other children.”

“Those can be superpowers of resilience and empathy and problem solving and conflict resolution and creating friendships,” Masterson says.

Pop Culture Hero Coalition partnered with Sandra Pimentel, chief of child and adolescent psychology at Montefiore Medical Center in New York City, to infuse the activity book with coping skills and strategies used in the clinic.

“It talks about origin stories, how every superhero has an origin story and often that story is born in adversity,” Pimentel says. The book also teaches skills to kids like learning how to identify feelings by “naming your monsters,” which may include things like pain, sadness and anxiety.

Psychologist and SuperKids author Janina Scarlet says the characters were developed so that readers could identify with them. The characters are also being treated in the hospital and learning the same skills as the readers. Children can color them according to their own experience and imagination, while the characters ask questions, encouraging the reader to share their feelings and how they cope with challenging times.

“We wanted to make the activity book something engaging and something kids would naturally be drawn to,” Scarlet says.

Copies of SuperKids are available through the Pop Culture Hero Coalition, and the group is also working with Montefiore to distribute copies and study how children engage with the books.