Sixteen years after the introduction of the HPV vaccine, research sees an effect on cervical cancer rates in young women. 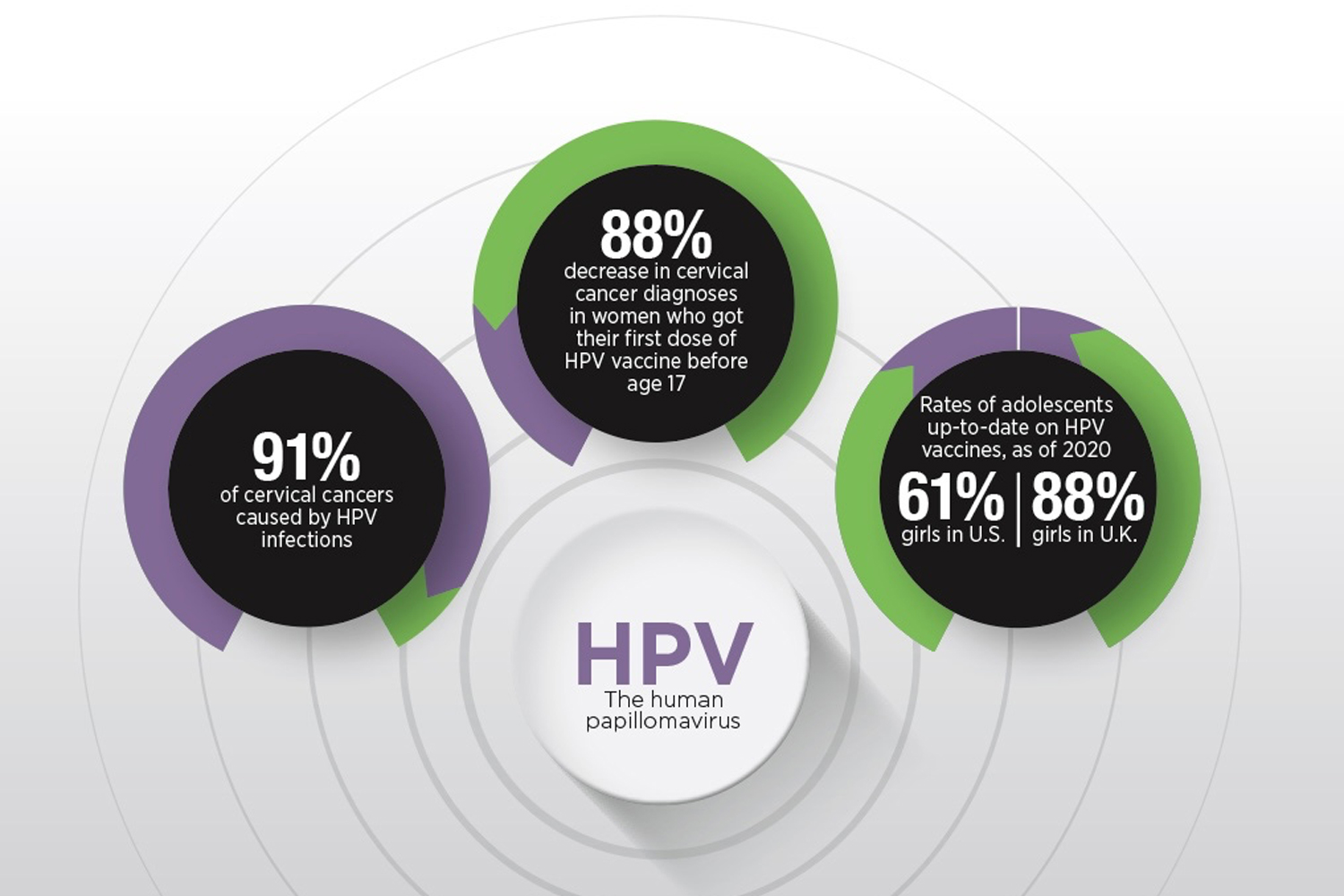 THE HUMAN PAILLOMAVIRUS (HPV) CAUSES seven types of cancer, and the Centers for Disease Control and Prevention estimates that it is responsible for 36,500 cases of cancer each year in the U.S. Cervical cancer is the most common cancer caused by HPV. It is diagnosed in 12,200 people every year in the U.S., with an estimated 91% of cases caused by HPV infection.

Since 2006, when the first HPV vaccine was approved by the Food and Drug Administration for girls and women ages 9 to 26, researchers have been able to observe the decline in the rate of infections with HPV strains affected by the vaccine. Proving an effect on cancer rates has taken more time because cancer takes a longer time to develop and is usually diagnosed after age 30. Recent changes in screening guidelines have further complicated attempts to compare diagnosis rates. As the first cohorts to have the vaccine available as children move through adulthood, studies are revealing the impact on cervical cancer rates in young people.

A study in the Lancet found that cervical cancer has been nearly eliminated in young women in the U.K. who were offered the HPV vaccine between the ages of 12 and 13. Before the COVID-19 pandemic, 88% of eligible girls in the UK were getting the vaccine. In the U.S., where vaccination rates are lower, a study in Cancer Epidemiology, Biomarkers & Prevention showed that cervical squamous cell carcinoma rates in women ages 15 to 20 declined an average of 12.7% per year from 1999 to 2017, but that the largest declines in that period were from 2010 to 2017 when they declined 22.5% per year.

As more women vaccinated in their youth reach the age when most cervical cancers are diagnosed, more evidence about their effect on cancer will emerge, but these early signs should encourage parents and children to accept the vaccine as a valuable tool in preventing HPV infection and lowering cancer risk.