CBS, ABC and NBC are airing advertisements that acknowledge the link between cigarettes and cancer. 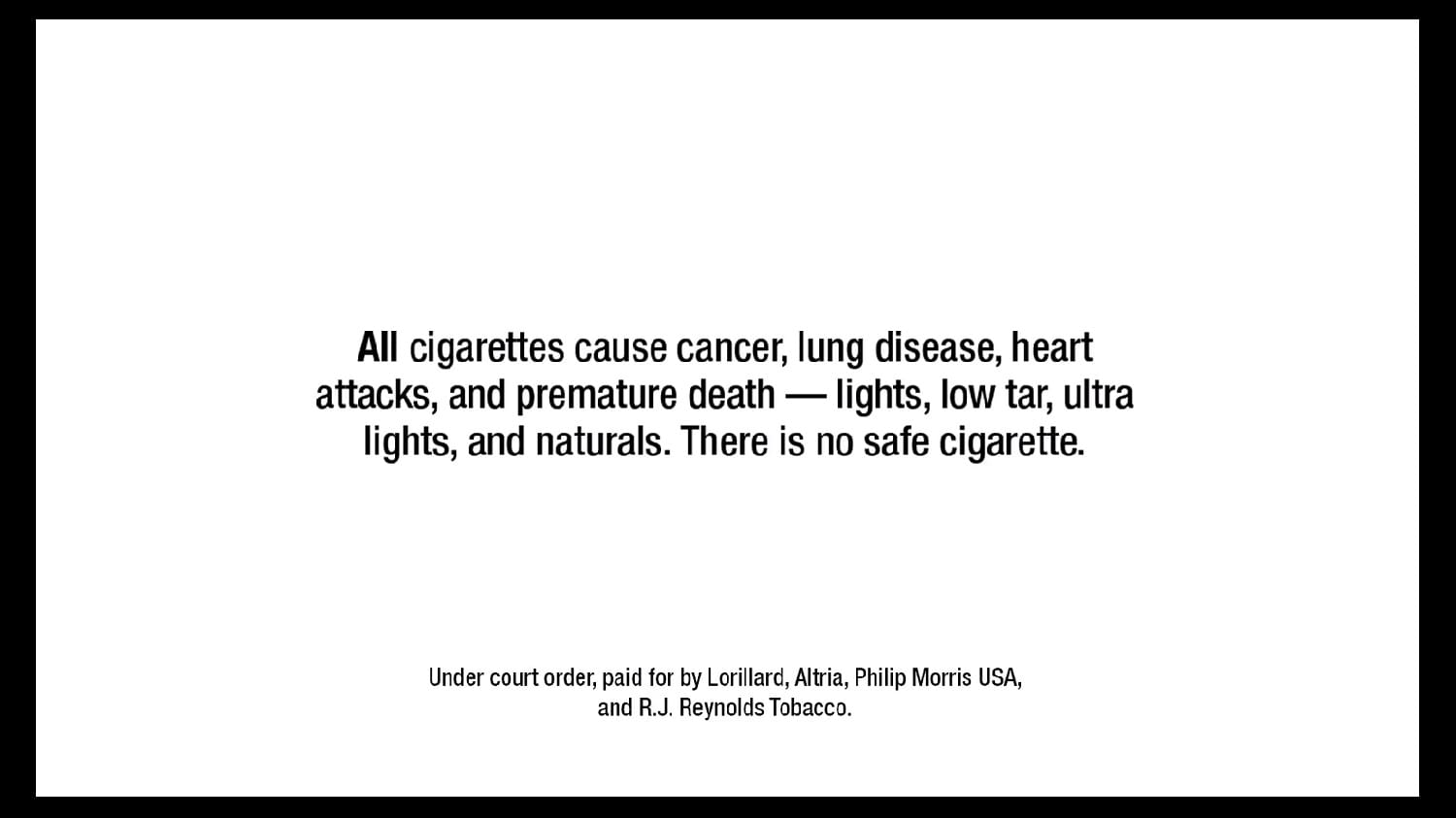 IF YOU ARE WATCHING a television show on CBS, ABC or NBC Mondays through Thursdays between 7 p.m. and 10 p.m., you might see a black-and-white ad accompanied by a flat female voice informing you that “all cigarettes cause cancer” and that “there is no safe cigarette.”

Similar words appeared in full-page newspaper ads that ran monthly from November 2017 through March 2018 in more than 50 newspapers. These “corrective statements” are the end result of an 11-year appeals court battle that major tobacco companies waged after a U.S. district court judge ruled they were guilty of racketeering and required them to tell Americans the truth about the dangers of smoking.

The ads, like this screenshot from a TV ad above, must explain that viewers are seeing them because of a federal court order. The television ads will run through November 2018.