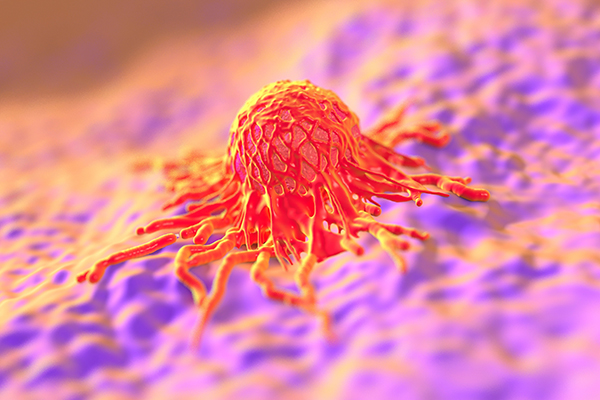 One of these groups, led by William Sikov, a medical oncologist at Women and Infants Hospital of Rhode Island, in Providence, presented updated findings from a study in which triple-negative patients received standard chemotherapy with or without carboplatin before surgery (referred to as neoadjuvant treatment). The group had previously reported that the patients who received carboplatin and standard chemotherapy were more likely than those who received standard chemotherapy alone to have no cancer cells found at the tumor site during surgery. The updated results showed that three years after treatment, women who had no evidence of cancer during surgery were less likely to have had a recurrence.

Oncologists in Europe often use platinum-based chemotherapy to treat triple-negative breast cancer, Sikov says, but more studies will be needed before it is routinely used in the U.S. “I hope that if additional studies show a benefit [to using carboplatin], that this becomes more of a standard.” For patients who have a large tumor, in particular those whose cancer has spread to the lymph nodes, shrinking the tumor with platinum treatments could lessen the need for extensive surgery, he adds.

The new guidelines give information about cancer screening for women who have had a breast cancer diagnosis and breast cancer treatment-related side effects. They also discuss healthy lifestyles that can ease side effects, improve quality of life and possibly reduce cancer recurrence. The guidelines emphasize the importance of primary care providers asking patients for their survivorship care plan. The care plan, which is completed by the oncology care team, offers specifics about the cancer treatments a patient received, the type of follow-up care she should receive and possible side effects she may develop.

If a woman is experiencing any symptoms following her cancer treatment, “she should feel empowered to ask her health care providers about them,” says Corinne Leach, a gerontologist at the American Cancer Society’s Behavioral Research Center and co-author of the guidelines. Working closely with a primary care provider can ensure that a woman “is getting the care that is right for her.”

The full guidelines are available here.

Researchers are also studying how triple-negative tumors respond to new types of targeted therapies like PARP inhibitors, which slow cancer growth by preventing tumors from repairing their DNA, as well as mining previous research for clues as to why some triple-negative tumors do not respond as well to chemotherapy or radiation.