Researchers look for easier ways to screen for colorectal cancer in Nigeria. 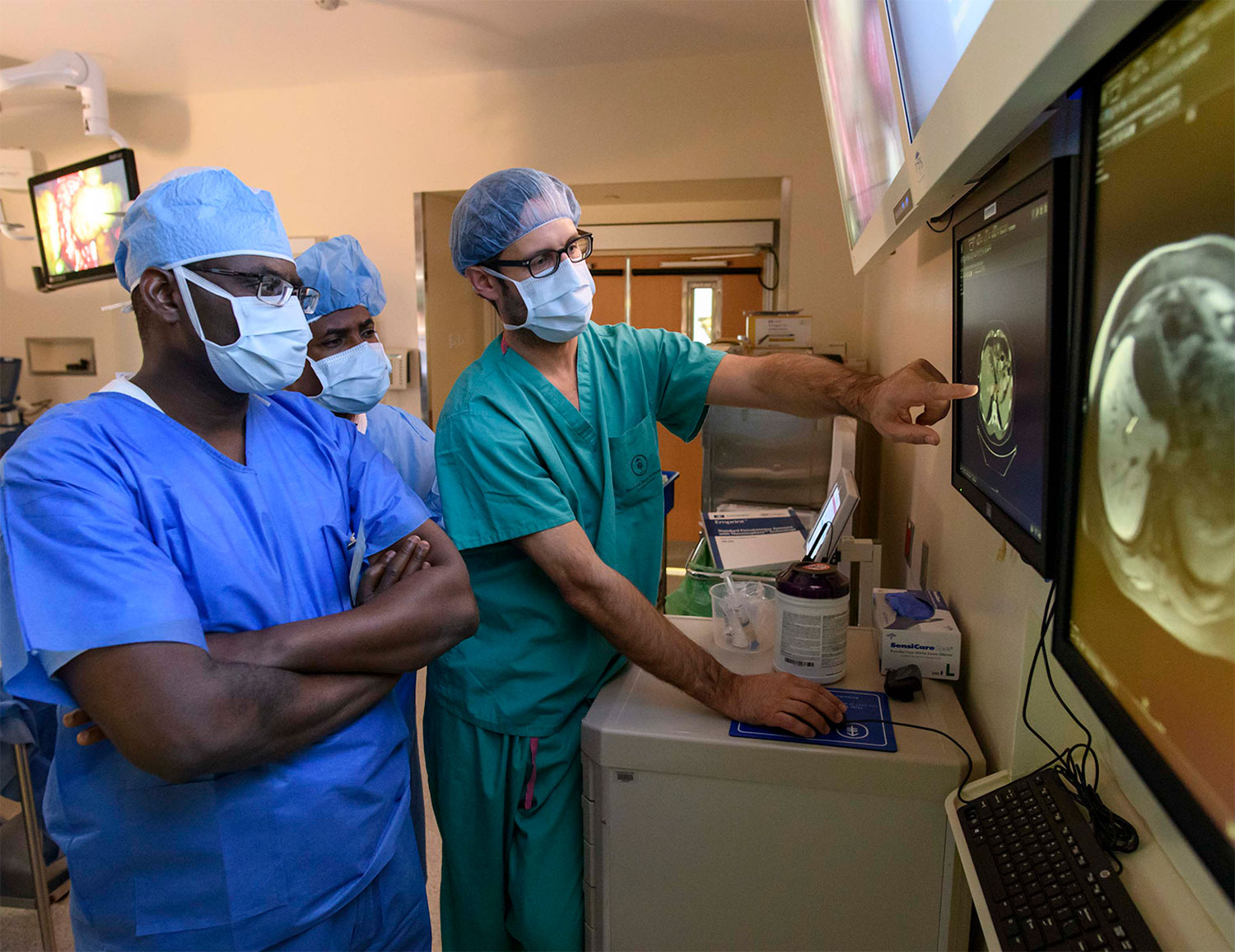 COLORECTAL CANCER IS the third most common cancer worldwide. Statistics from the World Health Organization show that in 2018 there were about 1.8 million colorectal cancer diagnoses and 880,000 deaths. Studies have found that colorectal cancer screening can reduce deaths caused by the disease.

However, many low-income countries are not economically equipped to perform routine colorectal cancer screening, or do not have the necessary medical infrastructure.

“The idea of average-risk screening for colon cancer in most low-income countries is not realistic,” and a different approach is needed, says T. Peter Kingham, a surgical oncologist at Memorial Sloan Kettering Cancer Center in New York City. Kingham has treated patients in Africa for nearly 20 years.

In 2011, Olusegun Isaac Alatise, a surgical oncologist at the Obafemi Awolowo University Teaching Hospital in Ife, Nigeria, invited Kingham to visit his hospitals. A collaboration between their two institutions grew into a consortium, now called the African Research Group for Oncology. In 2017, the consortium launched a study to evaluate the effectiveness of a urine screening test for colorectal cancer that had been developed by researchers at the University of Alberta in Edmonton. The test looks for metabolites associated with colorectal cancer.

For the study, nearly 600 Nigerian women and men who went to the hospital for a screening colonoscopy between April 2017 and January 2019 also had their urine screened for the metabolites. The study found that the urine screening test had a sensitivity of 90%. Sensitivity is a statistical measure that indicates how well a test correctly identifies people with the disease.

The current screening test requires the urine to be sent to a laboratory with the means to perform mass spectrometry analyses. Researchers at the University of Alberta are developing a hand-held device that could analyze the urine and provide results immediately. Once ready, the African Research Group for Oncology will test the device in a 650-patient implementation trial at hospitals throughout Nigeria.