Reducing chemotherapy side effects with a ‘drug sponge.’ 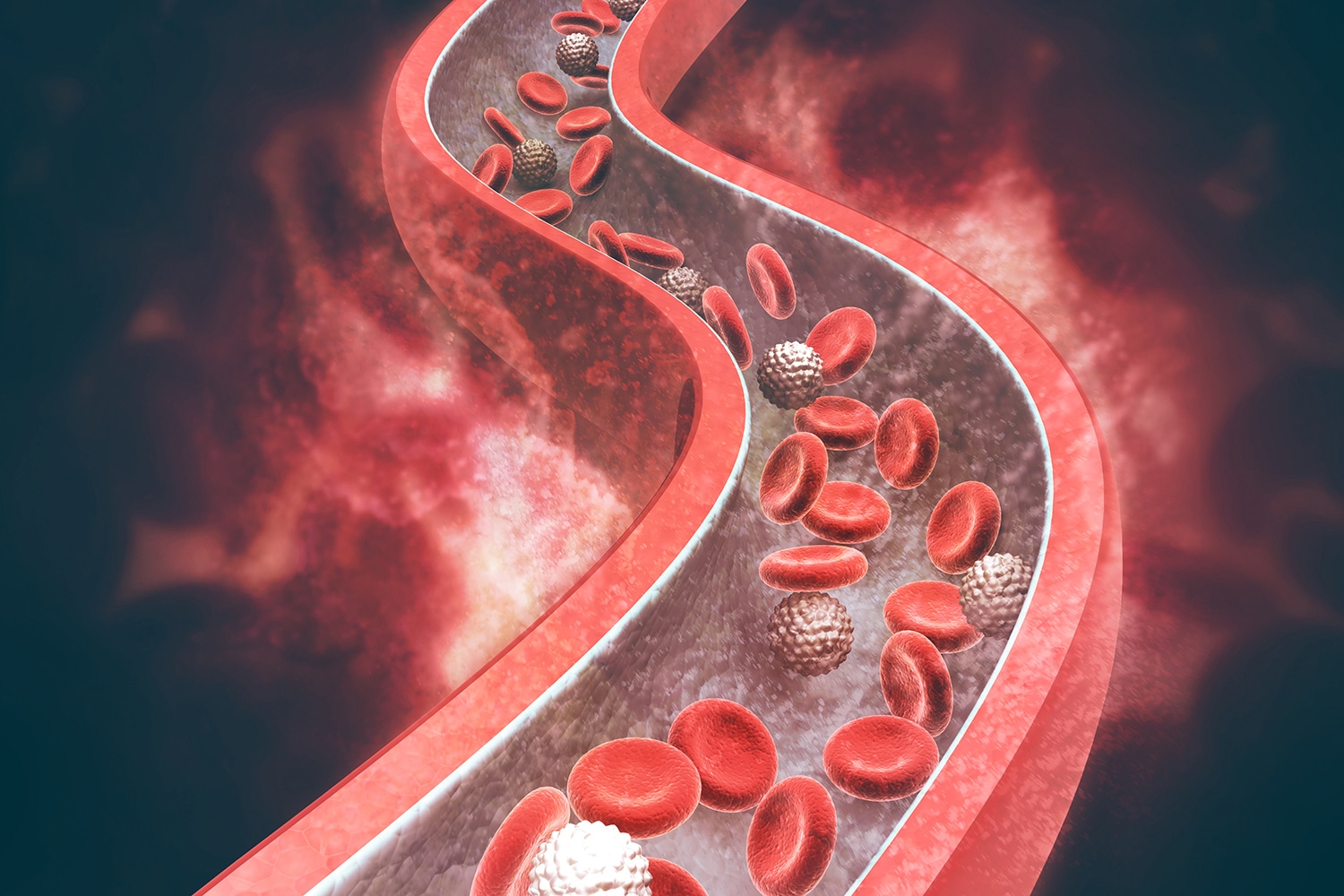 Photo by Mohammed Haneefa Nizamudeen by iStock / Getty Images Plus

CHEMOTHERAPY DRUGS kill cancer cells by keeping the cells from dividing. But these drugs also affect healthy cells that divide quickly. This includes hair cells, blood-producing cells, and the cells in the mucous membranes in the mouth, throat and digestive system, resulting in side effects like hair loss, infections and mouth sores.

For some cancers, like liver cancer, chemotherapy is delivered via an artery directly into the organ. But between 50 and 80 percent of the drug escapes into the rest of the body. To address this problem, a team of researchers led by Steven Hetts, an interventional radiologist at the University of California, San Francisco, is developing a customizable sponge made with a 3D printer that can be inserted into a vein that drains blood from the liver or other organs. Special polymers attract the chemotherapy drug, keeping it from circulating to the rest of the body to reduce side effects. Each device is custom made to fit the specific dimensions of a patient’s vein. It is inserted during the chemotherapy infusion and then removed a short time later.

In a study published Jan. 9, 2019, in ACS Central Science, the researchers described how they found a polymer with a negative electrical charge that would absorb the chemotherapy drug Adriamycin (doxorubicin), which has a positive electrical charge. Nitash Balsara, a chemical engineer at the University of California, Berkeley, says he believes this is the first time this type of absorber might be used to help cancer patients.

Different approaches might be used for other types of chemotherapy. Some chemotherapy drugs, like Platinol (cisplatin), kill cancer cells by binding to their DNA. For these drugs, Hetts says, their team is trying to develop materials “with DNA permanently bound to the surface” to attract the chemotherapy.

Currently, Hetts and his team are studying the drug sponge in animals. Their study showed it absorbed about 50 to 60 percent of the drug leaving the organ. If they can improve its absorbency and then get it to clear regulatory hurdles, he says, they hope to start clinical trials in humans. Hetts is optimistic. “It’s just a temporary device, and that tends to [have] a lower regulatory bar than a device that’s going to be implanted,” he says.