To reduce your long-term cancer risk, make sure the tests are justified. 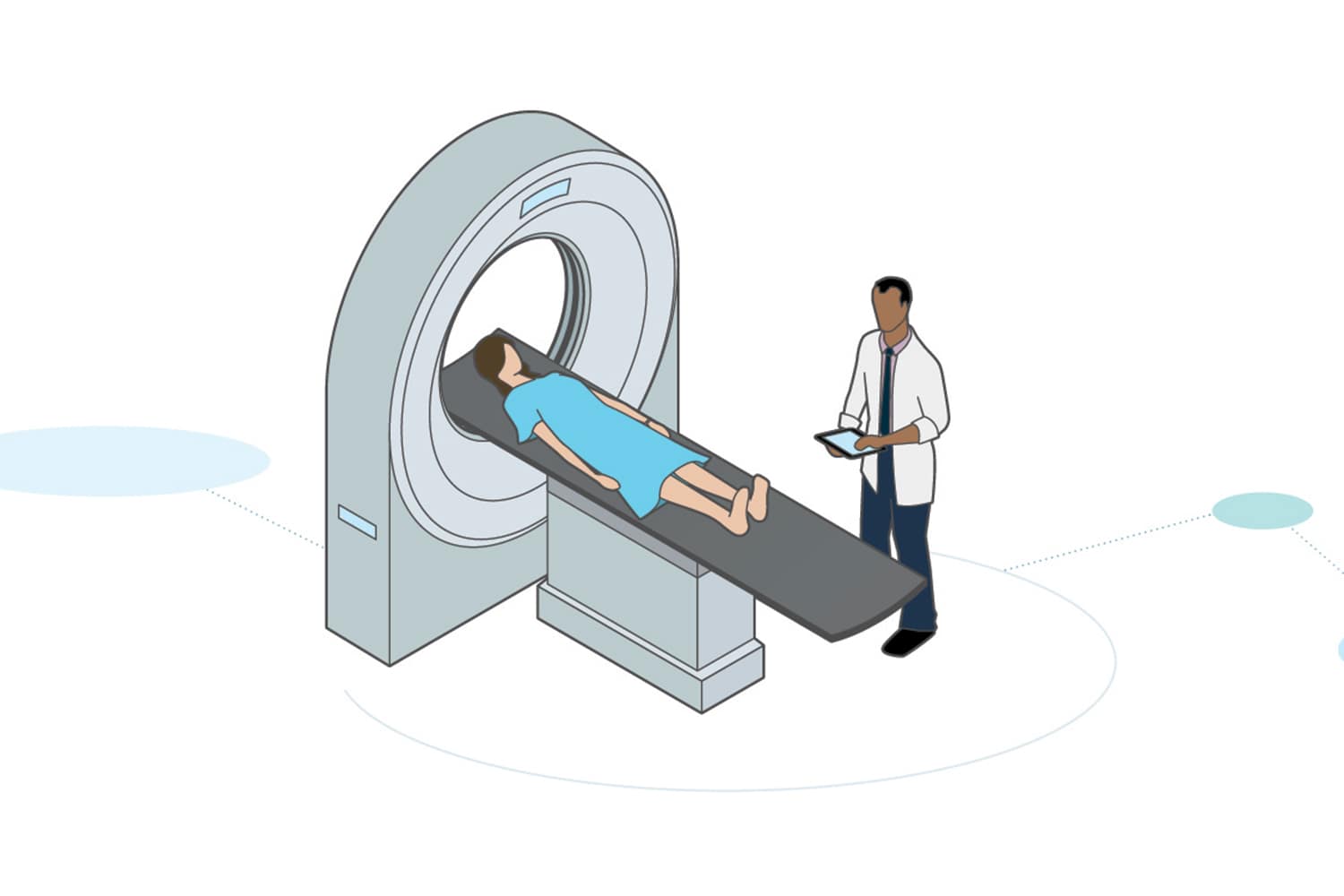 FANCY IMAGING TECHNOLOGIES GIVE PRACTITIONERS detailed pictures of your innards, no knife required. Yet some medical scans involve low doses of radiation, and concern is mounting that their soaring use may nudge up cancer risk. But doctors say prudence, not panic, is the wise response.

On average, a person’s annual radiation exposure from CT testing doubled at the six HMOs during the time frame of the study, but about 4 percent of the HMO enrollees received 10 to 20 times the average annual dosage or more in 2010, says Rebecca Smith-Bindman, a radiologist and epidemiologist at the University of California, San Francisco, who led the study.

Potential harms of this radiation exposure include increased cancer risk. In August, a British study linked CT imaging to a small risk of brain tumors. Another study, published in the Archives of Internal Medicine in 2009, estimates that radiation exposure from imaging at current rates could eventually cause 2 percent of future cancers.

Weighing the risk of cancer.

The first study to examine whether cancer risk increases after CT scans found a slightly elevated incidence of leukemia and brain tumors in British children and young adults who had the tests decades ago.

The investigation reviewed medical records of about 180,000 individuals who had CT scans between 1985 and 2002. Taking into account that radiation doses per scan have dropped since then, the researchers estimated that for a child under 15, two to three typical CT head scans today could triple the risk of getting brain cancer within 10 years, and five to 10 head CTs could triple leukemia risk, compared with individuals who received fewer scans.

This suggests that for every 10,000 kids under age 10 who get a head CT scan today, one extra case each of leukemia and brain cancer would arise within a decade, says Amy Berrington de GonzÃ¡lez, an epidemiologist at the U.S. National Cancer Institute who worked with researchers in the U.K. on the study, which was published Aug. 4 in the Lancet. When the test is justified—such as for assessing a child’s concussion—“the benefits should outweigh the small risks,” she says. “But if the scan isn’t necessary, then it’s an unnecessary small risk.”

Bibb Allen Jr., the vice chair of the board of chancellors of the American College of Radiology, says the study’s findings highlight the importance of doctors following guidelines for appropriate use of CT scans, even though the overall cancer risk is low, and radiation doses used today are much lower than in the 1980s.

However, Rebecca Smith-Bindman, a radiologist and epidemiologist at the University of California, San Francisco, notes that CT settings are often not adjusted downward for children’s smaller sizes. Her study of HMOs found that 10 to 20 percent of kids received radiation doses from a single head CT in the range that triples brain tumor and leukemia risks.

Factor in the frequent use of imaging tests and newer CT protocols that support scanning the same area multiple times, and “we’re not doing nearly enough to keep these doses down,” Smith-Bindman says.

According to Bibb Allen Jr., the vice chair of the board of chancellors of the American College of Radiology, the use of sophisticated imaging technologies has grown because they have become integral to patient care. People who receive the most advanced imaging tend to be the sickest, he says, and the tests help sort out complicated medical problems—a need that “is often more pressing than the extremely low risk of cancer many years later.”

Cancer patients in particular often undergo repeat scans, but aggressive CT surveillance of cancer patients in remission might increase the risk of a subsequent tumor, and may not be needed, Smith-Bindman says. Without evidence that frequent scans can detect relapse earlier or improve survival, doing them “doesn’t make sense to me,” she says.

The Children’s Oncology Group, which runs pediatric clinical trials, has been assessing the particular risk posed to kids by medical scans. It recently determined that surveillance CT scans that kids with Hodgkin lymphoma often undergo—typically every four or six months in the first year or two after treatment, and then annually—for up to five years post-treatment “really aren’t necessary” beyond the first year or two, says Cindy Schwartz, a pediatric oncologist at Brown University in Providence, R.I. Schwartz co-authored a July report in the Journal of Clinical Oncology that suggests most relapses occur in the first year, and that detecting relapses after that time does not increase overall survival.

Patients should discuss with their doctors whether a recommended test is really needed, Smith-Bindman says, and if so, how frequently. For example, if your cancer is in remission and the oncologist advises a CT scan every three months, ask whether there’s good evidence the test will benefit you, says Smith-Bindman. If not, see if you could do the scans in three months, then six months after that, then nine months later. More imaging isn’t always better, she says. “I think patients should be a little skeptical,” she adds. “Patients need to be educated consumers, including asking about imaging.”