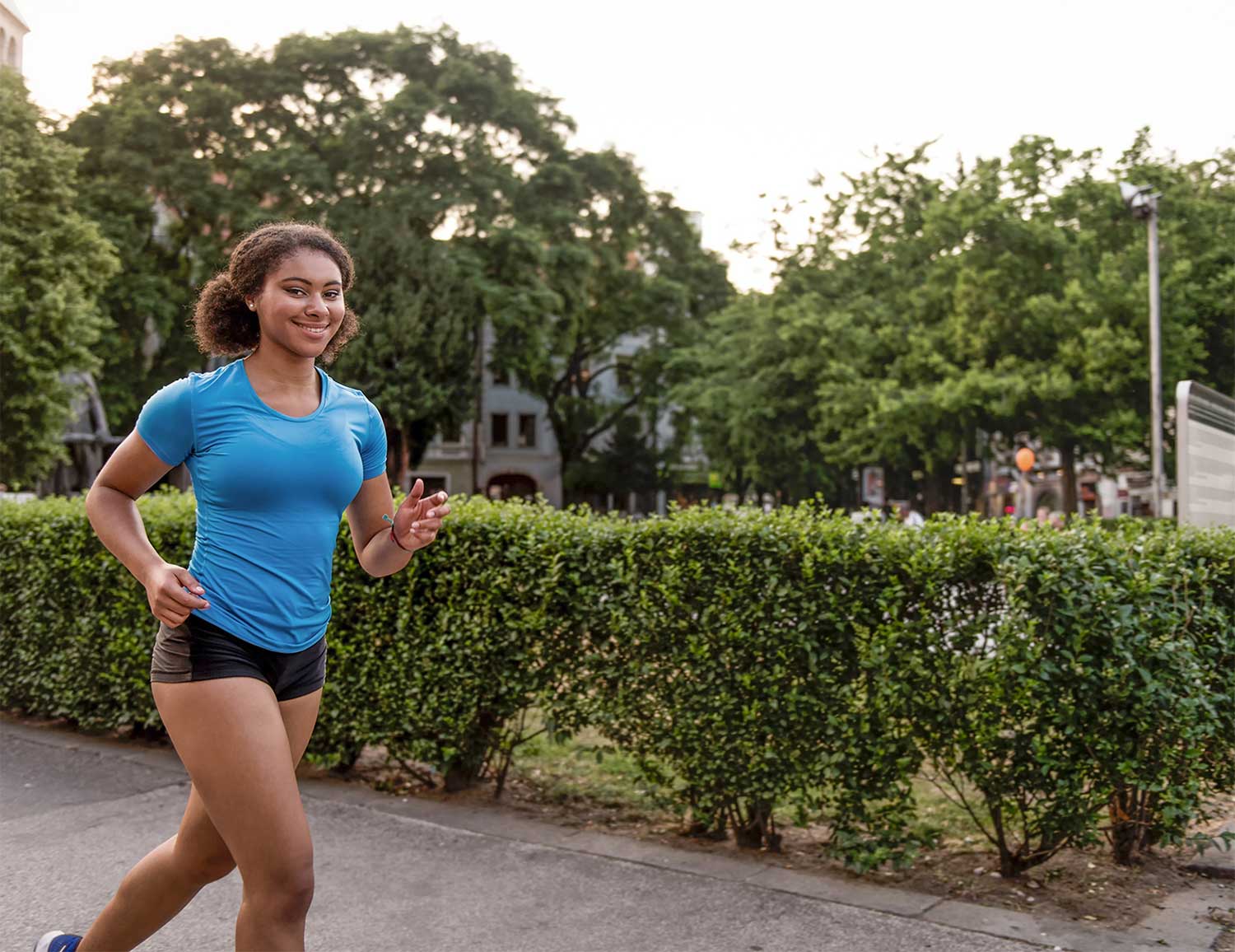 INCIDENCE OF CHILDHOOD CANCER IN THE U.S. has increased by an average of 0.6% per year since 1975, and the mortality rate for children with cancer has declined by more than half over the same timeframe. The result is a growing number of adults with a history of childhood cancer. Research has shown that depression and diminished psychological well-being are common among cancer survivors of all ages.

Parents may have concerns about their child maintaining an active lifestyle following a cancer diagnosis. But a study published May 8, 2019, in Cancer shows that adult survivors of childhood cancer who engaged in vigorous exercise after treatment went on to experience lower psychological burden and reduced cognitive impairment. These patients were surveyed on their current exercise habits a minimum of five years after their diagnosis, and then asked to complete a second questionnaire to measure psychological outcomes a median of 7.8 years later.

Among participants in the Childhood Cancer Survivor Study, an ongoing cohort study of cancer survivors in the United States and Canada, researchers observed that as little as 20 minutes per week of vigorous exercise lowered the prevalence of depression later in life. The association continued with longer durations, with about two hours of exercise per week linked to a further decline in the prevalence of depression. The most common cancer histories were leukemias, lymphomas, and brain and spinal cord tumors.

Emily S. Tonorezos, lead author of the study and a general internist in Memorial Sloan Kettering Cancer Center’s Adult Long-Term Follow-Up Program in New York City, says that because of how disruptive a cancer diagnosis can be, it is critical for patients to talk with providers about what types of exercises are appropriate.

Kids will need an exercise program that is customized to suit their needs.

A physical therapist will create a plan specifically tailored for a child based on type of cancer, age, phase of treatment and individual tolerance for activity, according to Ruchi Bagrodia, a pediatric physical therapist at Children’s Hospital of Orange County, a pediatric health care network affiliated with University of California, Irvine. The goal is to improve muscle flexibility, balance, walking pattern, and overall strength and endurance.

“Depending on the child’s interests, comfort level, medical clearance and age, a physical therapist can educate the patient on an exercise routine to perform at their home or a local gym and may encourage participation in a community sport or fitness program,” says Bagrodia.

“It’s not true of every patient, but childhood ​cancer and its treatments generally tend to be more intense, longer in duration, and cause more side effects because you have a developing body,” says Tonorezos. “Organ systems are constantly changing and growing.”

Tonorezos believes this study is an important first step toward implementing exercise as a practical approach to mitigating some psychological ill effects of childhood cancer. “Our study proves that you can ask your doctor how you can incorporate exercise into a life with cancer treatments,” she says.